A guide to running in Valencia 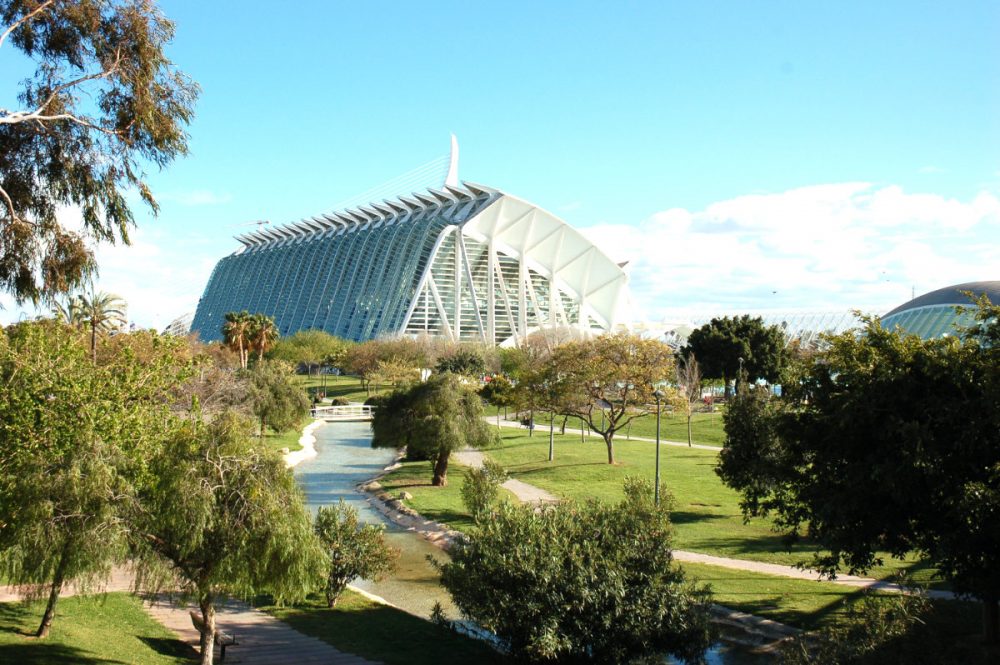 Valencia is known as the city of running and has a half marathon and a marathon growing in popularity each year. Here’s a guide to running in the city.

Spain’s third largest city, located on the Mediterranean, has excellent running routes in easy reach of the city centre and a thriving running community. It’s difficult to see or do anything in Valencia without bumping into a host of runners and joggers, and the annual half marathon (October) and marathon (December) are great excuses to visit this ‘Ciudad del Running’.

Here’s a quick rundown of what Valencia has to offer: Turia Gardens (Jardí del Turia) is a 110-hectare area of parkland, sports facilities and public attractions running along a dry river bed through the heart of the city.

The many and varied Turia users can get on with their chosen recreational activity without impeding each other along separate designated paths. A 5km marked route specifically constructed for running is indicated by periodic blue signs with silhouette of two people running.

Meandering from close to the Bioparc (Zoo) in the west of the city to the City of Arts and Sciences in the east, and located just metres north of the historic old town, a run through the Turia Gardens is an ideal way to get a feel for the city and the sites on offer.

There are multiple entrances along the 7-kilometres of park, making it accessible from most of the city’s hotels, and since the park runs under all the original bridges – just as the river Turia did before it was rediverted to prevent flooding – there are no road crossings along its entire length.

There is an outdoor gym, and water fountains throughout the park. Parque de Cabecera and beyond

Those who prefer something a bit more remote or who tire of Turia Garden’s cultivated beauty should head to Parc de Cabecera at the western end of the gardens. Take the gravel cycle track from the northern end of this park into the gently undulating Spanish countryside, where there are seemingly endless kilometres of tracks and trails.

Approximately 10 kilometres south of the city, the vast Dehesa del Saler pine forests and sand dunes, which separate La Albufera – a large freshwater lagoon and nature reserve – from the Mediterranean, provide further variety.  A cycle path links the City of Art and Sciences with the area, providing a flat, long-distance option from central Valencia to the home of the paella. The annual Valencia Marathon, held alongside a 10km in early December each year, has IAAF Gold Label status and attracts more than 14,000 entries. The fast, flat course takes in most of the city’s sites, and finishes right in the centre of the City of Arts and Sciences.

Kenyan Sammy Kiprop Kitwara holds the men’s course record with his 2:05.15 clocking from 2017, which is also a Spanish all-comers record.

The Valencia Half Marathon, held in October each year, is another popular race along a flat route. Joyciline Jepkosgei (Kenya) set a new world half marathon record of 1:04:51 in the event in 2017, before returning to break the women’s only world record when Valencia hosted the World Half Marathon Championships in March 2018. The Ciudad de las Artes y las Ciencias (City of Arts and Sciences), an assemblage of audacious and futuristic architecture, designed primarily by locally born architect Santiago Calatrava and located at the costal end of the Turia Gardens, includes a science museum, planetarium, arts complex and exhibition space, among other attractions.

The cathedral, located in the heart of the old town, claims to be home to the Holy Grail. La Lonja, a civil gothic building originally home to Valencia’s silk and commodity exchange; the vibrant Mercado Central; and the Bioparc – a zoo/wildlife park devoted solely to African animals, are among the other attractions worth visiting.

There are also a range of museums and a number of good beaches. La Albufera, Castillo de Sagunto and Xàtiva are among the towns and sites of interest within easy reach of the city.

RELATED: Guide to running in Madrid

7 ways to run faster at parkrun
Trail Dog: Lessons on the journey back from injury