A guide to running in Madrid 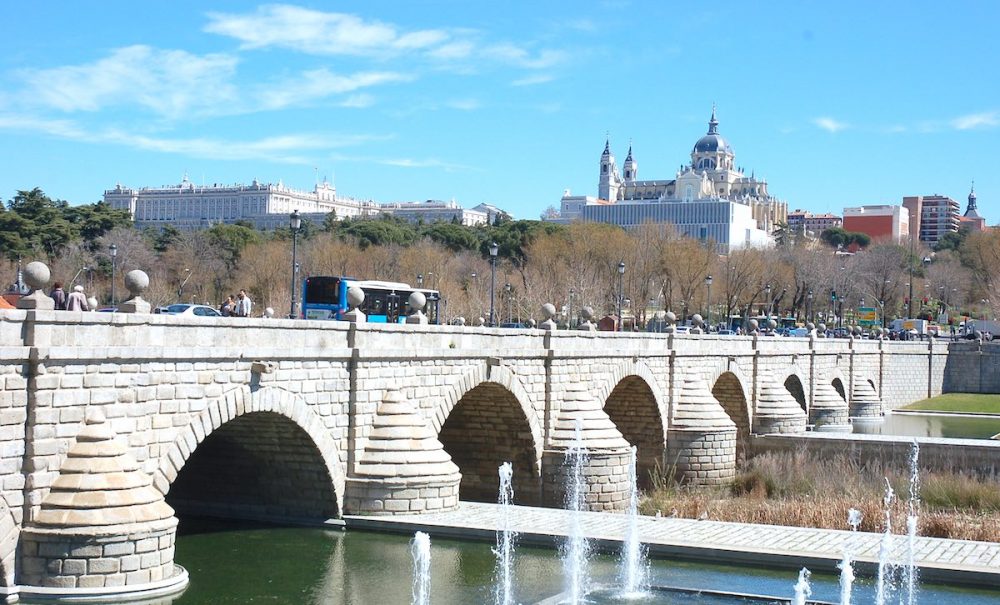 With more green spaces than most European cities, the Spanish capital offers an abundance of beautiful running routes to enjoy.

Though not the first European city break destination that comes to mind, Madrid is bursting with sights and attractions for tourists as well as being a welcoming place for runners.

From world-famous art museums to exciting architecture, designer shops and a famous nightlife – with authentic Spanish cuisine and an iconic football stadium threw in for good measure – Madrid has something to offer all tastes.

It is also full of parks, gardens and tranquil green spaces, and the jewel in this particular crown – Casa de Campo, located on the edge of the city – helps make Madrid an excellent destination for those looking to combine leisure activities with a typical city break. Forget Central Park in New York, Hyde Park in London or Phoenix Park in Dublin, Casa de Campo is one of the top city running spots in the world.

That is if you don’t mind hills and getting a little bit lost in both the literal and metaphorical sense.

This former royal hunting grounds and country estate covers more than 4,000 acres to the west of the city. Gifted to the people of Madrid in 1931, following the proclamation of the Second Republic, the park is now the centre of much of the city’s leisure activities. The terrain is undulating, but fans of hills will be delighted by the extent and variety of the trails. It’s quite easy to run 10 to 15 miles, mostly on soft dirt paths, without having to cover the same ground twice, though there are some surfaced, traffic-free roadways for those who like firmer conditions underfoot.

The area is popular, but thanks to its sheer vastness, it’s never crowded. It’s possible to run for minutes without seeing another individual, but you are likely to see other runners at some point, including some speedy ones. There are numerous water stations, especially along the main thoroughfares on the southern and eastern limits of the park. And if you’ve brought the family along, there are other attractions in the park, including playgrounds, a boating lake, a zoo and an amusement park.

The paved paths are popular for running, cycling and rollerblading, and can get busy, but have the added advantage of street lighting, making them an ideal place to exercise on winter evenings.

There are also playgrounds and activity areas, along with picnic areas, gardens, bridges, ponds and fountains along the way. The concrete surface is not ideal for those who like to run off-road, the route offers a great perspective of the palace, cathedral and city in general.

And Casa de Campo is by no means the only running spot in Madrid. Here’s a quick rundown of the other locations the Spanish capital has to offer. However, this park is walled and gated – and not always open – and can get busy, especially during the afternoons. The gravel trail around the perimeter is just over 4 km long, with further internal loops available.

The park is also home to an outdoor gym, playgrounds, sports courts, picnic areas, museums, fountains, monuments and a boating lake, with the Palacio de Cristal (Crystal Palace) a particularly popular attraction. El Retiro is the ideal place for the whole family to spend an afternoon. The paths are narrow though and you may get caught up behind those enjoying a gentle walk in the beautiful surroundings, so it’s not a place for sessions or tempo runs, or, given that it only opens at 10am, it’s not for the early risers either. And if those options are not enough, Anillo Verde Ciclista, the 65-kilometre multi-use greenbelt around the municipality of Madrid, offers even further variety.

Spain hasn’t joined the parkrun revolution yet, but there are opportunities to combine a trip to Madrid with a race.

The Rock ‘n’ Roll Madrid Marathon, which also includes a half marathon and a 10k, is held in late April each year. The course is particularly hilly, so don’t expect a fast time, but this IAAF Gold Label race passes many of the city’s main sights. The Madrid Half Marathon is held in early April, and those looking for a special race experience should check out the San Silvestre Vallecana Madrid, the largest of the numerous 10km races held across Spain on New Year’s Eve.

This event features separate elite and mass participation races, and held in the borough of Vallecas on the south-east of the city, the downhill course is less challenging than some of the other races in the city. There is also the famous Sunday morning El Rastro markets and many of the city’s numerous parks and gardens, can be enjoyed, at least from the outside, without spending a cent, and provide plenty of photo opportunities.

Even some of the main indoor attractions, including the world-famous art museums, are free to enter after a certain time of day, or on a particular day of the week.

Gran Vía, Madrid’s answer to Oxford Street, is packed with high street shops, while designer stores can be found along Calle de Serano and other streets in the Salamanca district north of El Retiro. Estadio Santiago Bernabéu is a must visit for football fans.

El Escorial, Segovia, Toledo, Aranjuez and El Pardo are among the sights, towns and cities of interest within easy reach of Madrid.

Is Eliud Kipchoge the greatest marathoner of all time?
Get to know Robbie Britton in less than 4 minutes