Winter is coming: is Jakob Ingebrigtsen peaking too soon? 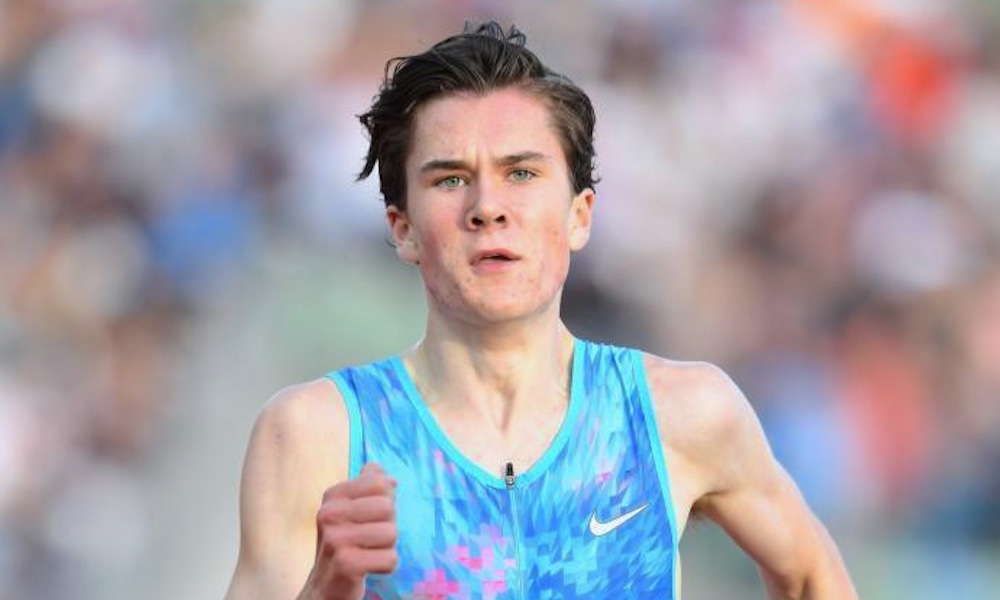 A Norwegian winter takeover of endurance events could be on the horizon. Not happy with dominating cross country skiing, more and more are toping podiums and winning races away from the snow.

We’ve already seen a European marathon record from Sondre Norstad Moen and a clean sweep of the podium at the World Triathlon series. Should we be surprised though?

Norway has a distance running background and we are consistently hearing of record-breaking VO2 max scores from cross country skiers, although I have a theory that this is just down to the technique used in labs and any competent skier would score a much higher result skiing compared to running.

But there is a prerequisite for burnout within the nation. Champion athletes routinely hit over 800 hours of training per year for cross country skiing. Taking this amount of exercise into running could certainly bring short-term success, but with burn out around the corner.

That leads me to the young track star, Jakob Ingebrigtsen. Last year, when still 16 years old, the Norwegian competed at a World Championships, Diamond League meets, set numerous records including the youngest person ever to run a sub four-minute mile and set a world age group best for the 5000m. On that occasion, he took massive 10 seconds off the previous mark when he clocked 13:35 at Norway’s national championships.

He boldly claimed he aims to become the best distance runner of all time when he spoke to Fast Running in September, and who can doubt that statement when he is already beating Olympic medalists. But having achieved so much at such a young age you fear the 17 year-old may in danger of burn out before he even leaves the teenage years.

When speaking to top youth development coaches, the one thing that you hear time and time again is that what might be best for the long-term development of the athlete may not translate into great results as a teenager. For one to really reach their physical peak it has to be a long-term project.

Take Toni Minichiello’s work with multi-eventers like Jessica Ennis-Hill. They knew that there would be peaks and troughs in the early career, but working on certain aspects would mean that, in the long run, success would be had. London 2012 was a career long goal.

Distance running may be different, but there are countless youth standouts that fail to advance further than their junior years. Plenty of promising young runners that just can’t cut it in the senior ranks. Although few hit the heights that Ingebrigtsen has already.

The US has streams and streams of high-quality runners throughout high school and college that either can’t or just don’t want to continue running at a high-level post collegiately.

Listening to Steve Magness and John Marcus’ podcast you hear that not all coaches succumb to this pressure – or even feel it from their colleges – but it has to be there. At the beginning of May, racing at the Payton Jordan Invitational in Stanford, California, young Ingebrigtsen got the upper hand on the Olympic 1500m champion Matt Centrowitz and one of several ‘heirs apparent’ to Mo Farah, Paul Chelimo, as well as American high school star Justin Knight. You can imagine the kid was on cloud nine.

He does, however, come from a strong family of athletes, one where winning is part of your DNA from birth, so maybe it was just another day at the office. But that doesn’t get away from the fact he still so young.

No one denies that Ingebrigtsen is capable of racing against men, but when you look at the number of impressive runs already in his legs, you fear that these performances have come too soon.

Looking at the bigger picture, since he was able to run Ingebrigtsen has chased after his two world-class siblings, Filip, 25, the reigning European 1500m champion and Henrik, 27, who won European gold as a 22 year-old, and you can’t help but wonder if this has in some way created an almost unhealthy desire for success right now, instead of placing the ambitions on long-term aspirations.

Even more so because we’re still over two years off the next Olympics which the youngster has his eyes on. All that considered doesn’t his recent performance feel a little premature, a little too much too soon? Like diving in for a kiss at the start of the first date. As a coach, you surely have to ask if a teenage athlete developing so early in his career to world level is sacrificing greater achievements later on.

Maybe we are reading too much into it. When most of the senior opposition is aiming to peak for summer competitions and races, few are focused on winning an outdoor track race in May. Any other winner in Stanford and it would just be a solid result after a good block of training and no big deal.

Hopefully, I’ll eat my words, and in two or six years time Norway will have a summer Olympic champion to add to their dominance in all things aerobic during the winter.