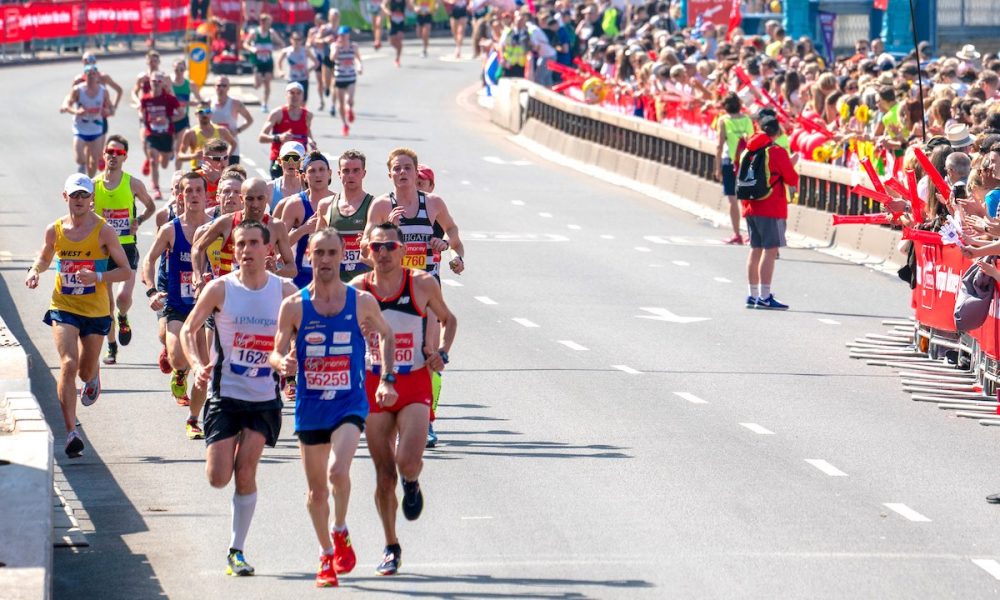 Marathoner Anthony Hatswell asks if Wrexham Elite Marathon is the best thing to happen for UK running since… the London Marathon.

**Although Wrexham Elite Marathon recently had to make the decision to postpone this year’s event for two weeks, we felt the article still provided some good discussion points**

For those that aren’t aware, the group behind events such as the Mid-Cheshire 5k are putting on a marathon on 18 October, the day runners were meant to be hitting the streets of London. Seven Laps of an industrial estate in ‘Wrexham’ (I had to google to see where it was – it turns out it is in Wales). [Somebody didn’t pay attention in Geography class – ed.]

Exciting? Actually, yes, I think it could be absolutely amazing.

The entry criteria are fairly strict, presumably to avoid chaos with lapped athletes. Men need to be capable of going sub 2:40, women sub-3. This does make it a selective event, and exactly why it could be what the sport needs.

What does our sport need?

Grassroots running seems to be in decent health, despite the chronic,  continuous  turmoil of governing bodies.

Looking at runners in the UK,  someone who generally runs at least a couple of times per week, the vast majority will cover 5k in less than 30 minutes, but few are likely to ever compete for their country. In between the two extremes of participation and winning medals however, there isn’t a whole lot of external programming to push or pull you along – it is all self-motivation.

My view is that what is missing is a framework to make the sport more ‘sticky’, something that shows the levels you can progress through with things to aim for along the way.

The benefits being that rather than getting people in to the sport then have them leave after they’ve achieved their original goal, say a 25 minute parkrun, they see what they can do, how far they can go, and then stay a part of the community.

Today’s sub-45 10k female is tomorrow’s club Chair, the sub-17 male tomorrow’s course measurer. For all the attempts of the likes of London Marathon to improve the situation (with ‘Good for age’ targets), there is still something missing for the regular runner. Wrexham could be an important piece in the puzzle. US Olympic Trials winner Aliphine Tuliamuk (centre), with HOKA One One team mates Kellyn Taylor (left) and Steph Bruce (right) all have the accolade of Olympic Trails Qualifier too. Photo: Provided by Hoka

US endurance running is far from perfect, but one thing they do have is the Olympic trials – a credible no-nonsense way to select teams. Sometimes it seems they just ad hoc send who they feel like – and other times just not sending people at all.

First three past the post – no excuses, no explanations. Beyond that though, being a trial qualifier in itself has a certain cachet and meaning  (2020 standards were 2:19 for men, 2:45 for women) – something for sub-elite runners to aim for so they can be a part of it.

Events such as these bridge the gap between the truly elite, and the casual runner. Earning your place on the start line at the US trials is an achievement and a chance to race with those who have made similar sacrifices to be there.

It acts to fortify the pyramid of the sport and drive the peak higher, rather than have a vast chasm between elites, and those doing charity fun runs. Armagh, Podium 5k, Milton Keynes PB Special, and the Night of the 10,000s have shown how it can be done in the UK at other distances – the most impressive thing not necessarily being the times of the top 10, it’s the 50 after that, and the 50 after them. Now mid-Cheshire/Wrexham can do the same for the marathon.

What about London Marathon Championship start?

Anyone who has done, or even been around the London Marathon has seen how amazing it is. Chris Brasher and those who have played a part in its creation and growth achieved their aims of raising money, showing that mankind can be united, and putting on an outstanding event in London.

The city is buzzing through the whole weekend – it’s a huge celebration of the human spirit. It’s awesome that dedicated runners (through good for age and Championship) can qualify and be a small part of that, but is it enough?

“In a normal year maybe the London Marathon Championship entries (sub 2:45 for men; sub 3:15 for women) would fill this gap, and is an example of where UK governing bodies use a trial format” says Fast Running’s Robbie Britton. “So it’s nice to see Wrexham step-in when London was changed to an elite only race.”

“The fact that our qualifying times aren’t as stringent as the US Olympic Trails could be a reason a lesser emphasis is put on the status, but it could also be that the race itself is lost within the bigger event,” continues 2:29 marathoner Britton. “Instead of sandwiched between Eliud Kipchoge and the guy crawling the race dressed as a snail, maybe a stand alone race will do more to highlight our sub-elite athletes.”

Events aimed at club runners don’t have exactly same aims – they are different and no less valid – to help people run fast, compete, and see where their training took them. By having them though, it isn’t about choosing one type of event over the other – we need both.

Why? The nature of events geared at existing runners means that as you toe the line, you will know you are with ‘your people’. Looking around the start line you will know that everyone has made the same sacrifices you have, and now it’s time to dig deep and see where you end up.

“The events all need mass participation to function, as well as the majority of funding for NGBs coming from non-elite runners affiliation fees and Sport England, whose focus is participation, not performance,” adds Fast Running coach Britton. “We do need to make sure that gap between participation and elite is bridged, but we can’t expect it to be solely down to the governing body who’s role is not primarily to organise races.”

Hats off to Wrexham

I don’t know if Wrexham will pan out as intended (or even necessarily go ahead given COVID-19), the organisers however should be applauded for what they are trying to do.

In an ideal world Wrexham (or something similar) becomes a fixture on the sub-elite calendar – a strong line-up, with press coverage, prize money, a team competition, and an event that celebrates not just effort but achievement. Somewhere for those who are trying to master their art and extract everything they can from whatever talent they have. A goal for others to aspire to be a part of.

More broadly, it is excellent that people are stepping in to organise these events – the number of people generous with their time in our hobby is amazing.

Hopefully it continues; the health of the sport needs more than just the polar opposites of Lottery funded elites, and couch to 5k.

As well as encouraging participation and supporting top athletes, we need accessible information on improving as a runner, options for competition with a focus on time (for the keen runner to progress) or position (such as local leagues), racing for club athletes, and then events for sub-elites – and that’s before we get to youth sport.

We need all of them, not just the top and bottom (something the new leadership at UKA hopefully takes on).

This range advertises our sport, keeps people engaged, and encourages people to see how far they can go – knowing that even if that isn’t all the way to being a full time athlete, there is a still an appropriate level for them. It shows new entrants (whether U15s or V65) that running is a sport, and not just a fund-raising activity.

Now, back to the training… those 7 laps aren’t going to run themselves.

RELATED: We all start by just participating – Bláithín Sheil

10,000m Legends Under The Radar?
The best battle is still on