Was Great Britain’s performance at Euro Cross really that bad? 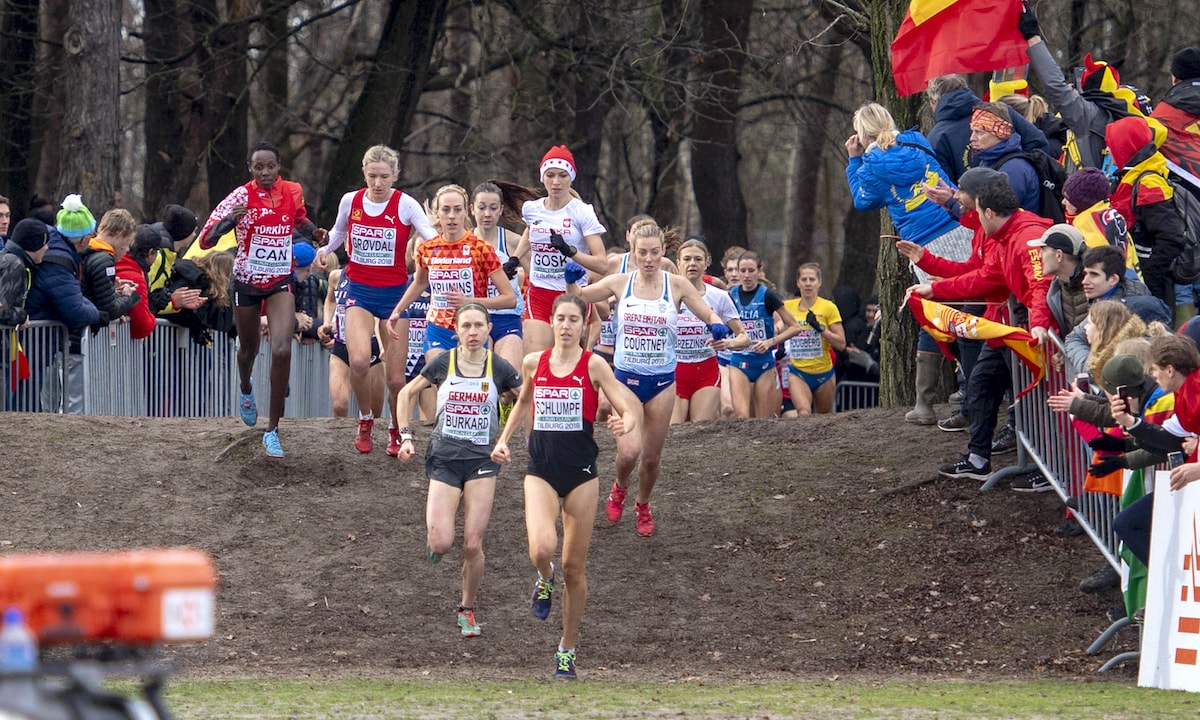 GB did not finish top of the medal table and there was no individual glory at the 2018 European Cross Country Championships, but the broader picture isn’t too gloomy.

It’s a familiar story to anyone following British politics at the moment – and what GB came back with from the mainland continent last weekend after the European Cross Country Championships was the subject of some debate.

Some criticised the lack of British individual medals in Tilburg and the fact that the nation did not top the medal table at an event it is used to dominating.

Only once since 2002 has GB not been top of the medal table at the Euro Cross and the last time the team did not pick up any individual awards was 1997.

Is this a wake-up call, a symptom of bigger issues at federation level? Or have we been spoiled by past successes?

In a championships which has been going since 1994, GB leads the medal count, in fact, having won almost as many as the next two best nations – 154 as against the 86 of France and 72 of Spain. Not since 2003 has another country won more medals in one edition of the championships.

However, perhaps memories like the British junior women taking the first six places in their race in 2008, a year in which the team won more than twice as many medals as the next best team have spoiled us.

It’s rather like when a Kenyan team returns home from major championships and hasn’t won everything in the endurance events – a major inquest in the press and among team officials follows.

The crucial thing to remember is that, when you’re already the best and used to winning, the only way is down. You’re unlikely to become more dominant and the nature of sport is that the status quo cannot always be maintained.

Really, was the performance on Sunday (December 9) that bad? Much was made of the new three-to-score system, replacing the usual four-to-score, born presumably out of an attempt to encourage more countries to take part.

The new scoring policy tends to be less favourable for the bigger nations with great depth. Here’s how the medal table would have looked if it were four to score, showing Britain elevated to gold in the senior and junior men’s category, as well as in the senior women’s. Although Britain was only fourth on the medals table, it won most overall (six) and easily topped the placing table, which allocates eight points to gold, seven points to silver and so on down to one point for eighth.

Norway, who topped the medals table with three golds thanks to their individual stars Jakob and Filip Ingebrigtsen, were only sixth on the placing table.

Individual victories and medals are important, boost morale and catch the headlines, but team results show strength in depth and perhaps more hope for the future.

Britain’s depth of quality in endurance is mirrored by the European rankings for key distances. As this list shows, Britain dominates the top-100 rankings for 2018. The above suggests the broader picture isn’t too gloomy.

It’s worth pointing out, by the way, that of Britain’s 41 on the European men’s 10,000m and 5000m top 100, only Mahamed Mahamed, Marc Scott, Kristian Jones and Emile Cairess were competing individually in Tilburg.

On the women’s, it was just Charlotte Arter, Kate Avery and Melissa Courtney. Then again, other countries would have been missing some of their big names too.

These runners were nevertheless competing against some high-calibre athletes, so it’s no wonder individuals honours were hard to come by. One could argue that the upcoming European Indoor Championships taking place on home soil in March meant a greater percentage of British athletes focusing on the boards rather than the mud.

Andy Butchart, senior bronze medallist in 2017, was one such runner. But I fail to see that these championships generally are any less important to the Brits than in years gone by.

You can present many opposing arguments with the same set of differently interpreted stats.

My purpose therefore of presenting the positive stats is not to say GB had a great championships – indeed it was unquestionably below-par – but to show you should not read too much into a particular stat or one day’s racing.

I wouldn’t be knocking the nail into the coffin of British endurance running just yet.

Do you really need that race t-shirt?
Taking inspiration from the women of ultra running