Time to get Luke Traynor a sponsor! 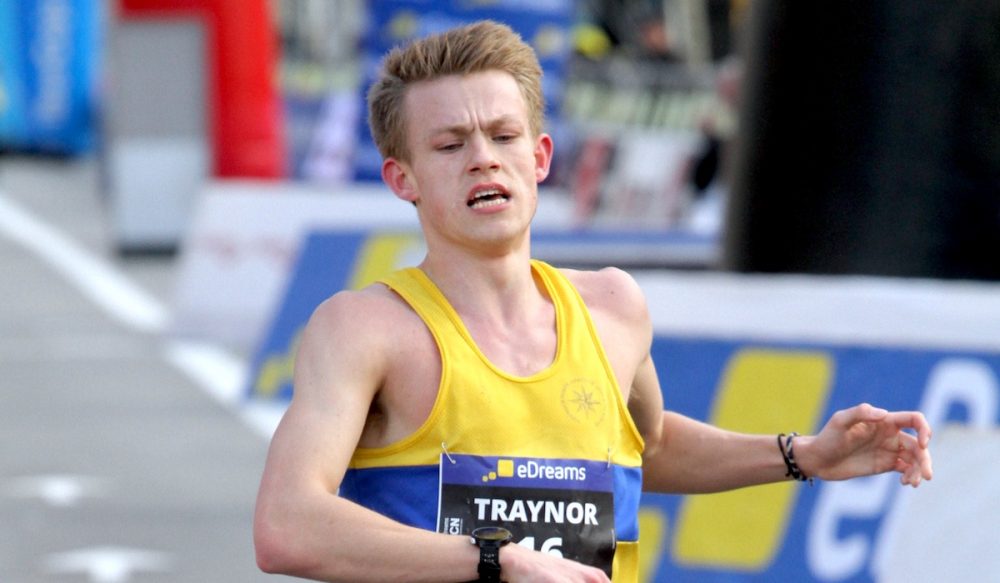 After running the third fastest ever road 10k by a Scottish athlete, the young distance runner once again showed he at least deserves a shoe sponsor.

Luke Traynor ran a big PB of 28:32 at the Brian Goodwin Memorial 10k on Friday evening (June 15) taking almost a minute off his previous best. His performance, which was essentially a time trial, after running the whole race on his own out in front, ranks him as the fifth fastest British man in the last 18 years, with only Mo Farah, Chris Thompson, Dewi Griffiths and Andy Butchart ahead of him.

It has been a breakthrough year for the 24 year-old on the roads. In February, racing in only his second half marathon, he clocked 61:57 in Barcelona.

That performance earned him a first GB vest in road competition at the World Half Marathon Championships in March and placed him 19th on the British all-time list. Now halfway through the year, he is ranked as number four in the UK behind Ben Connor, Mo Farah and Callum Hawkins.

There was also his debut 10 miler in April, where he clocked 47:59, the fastest time by a British athlete since Chris Thompson in 2016, and the recent win at the Ceské Budějovice Half Marathon in the Czech Republic.

But here’s the amazing thing – Traynor is unsponsored and receives no funding. He is a self-funded full-time athlete chasing the dream. He has been using racing to earn money, choosing not to work in order to concentrate fully on the small window of opportunity he has to make an impact on the distance running world.

Traynor’s agent has approached shoe brands, but there wasn’t any major movement. On his current set-up of racing to fund himself as an athlete, he says: “I am planning races in such a way that I am able to use them as training runs, so I don’t believe it is hampering me, but it is probably not the most efficient way to train long term.

“I do see it as an easier way to earn money instead of standing on my feet for eight hours a day though.

“But if I had sponsorship it would enable me to be more professional with the sport. I am doing what I can now, but if I was not racing every month you would see immediate benefits in the races I do run.”

After spending winter training under Andrew Kastor and the Mammoth Track Club in California, the Giffnock North athlete is now back in the UK without a coach, but is continuing to reap the rewards of his hard graft and dedication to the sport. Counting up the miles he runs, a bit of extra support would go a long way.

“I would be able to change shoes regularly and receive massage and physio treatment on a regular basis, rather than just when something goes wrong,” he explains. “Consistent training is key for me so injury prevention is really the biggest direct impact a sponsor would make on my running.

“I understand too though that sponsorship will not come because you have hit some magical 10k time that merits the support. Apart from the serious running community, I don’t think many take notice of these things, and it’s the general public that you have to be marketable towards.”

This is all very true in this social media age, and while running and athletics romantics disagree, it is what it is.

So Traynor’s not waiting around for the phone to ring or an email, and next on his list of targets is running a fast time over 5000m at the Morton Games in Ireland on July 19 where he hopes to target 13:30, a time that would see him achieve the ‘A’ standard qualifying time for the European Championships in August.

If you can do anything, just spread the word that there is a young hungry athlete eager for some support to further help his development over the coming months and years.

One thing is for sure, his performances deserve it.

Will GDPR impact clubs, events and sites like Power of 10?
Talent can be a heavy weight on a young athlete’s shoulders