The best battle is still on 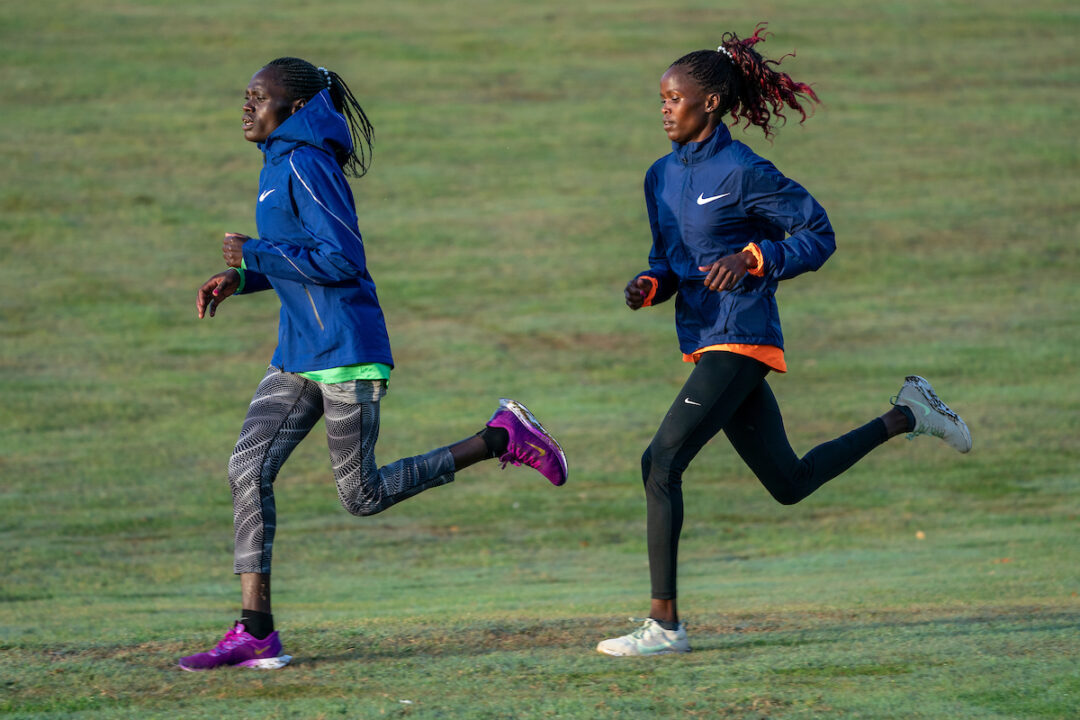 For all those asking if the elite only London Marathon race is still worth watching after Bekele withdrew, you’re missing a trick.

Whilst Eluid Kipchoge and Kenenisa Bekele’s assault on the world record was being billed as a battle for the ages, it was potentially leading us away from the greater race.

A World Record holder, Brigid Kosgei, versus a World Champion, Ruth Chepngetich. 2:14:04 against 2:17:08, both times from last year. Both with a point to prove to Kenyan Athletics that they should be on the Tokyo Olympic team and the looped course and fast pacemakers mean it could be electric from the start.

Add in 22 year old Alemu Megertu, who has a 66:43 half marathon and isn’t afraid to go with the front runners.

At the other end of the spectrum you have Edith Chelimo debuting at the marathon at 34, with a 65:58 PB, and Vivian Cheruiyot, 37 years old and with a 2:18:31 PB and not someone you can count out.

Only a little bit of training

Kosgei has downplayed the prospects of a world record a little though. “Due to this pandemic, I cannot say I’ll run this way or that way, because coronavirus means we did not do enough training, like last year. So I want to try my best only on Sunday.”

But the Kenyan star has previously said she feels her record could be lowered to around 2:10, so maybe “just 180, 190km a week” at 3000m of altitude will be enough?

Despite disqualification in the Hour race with Siffan Hassan, Kosgei still showed some of the raw speed that makes her so exciting as a marathoner. Will the laps play a part?

Aside from the front runners there is also a wonderful mix of PB hunting women to watch. We’re hoping a good bunch work together with the high quality pacers, like Aly Dixon and Eilish McColgan (called in last minute to replace an injured Arter), to really put themselves in contention in the second half.

The lapped course and potentially tough weather conditions could also make for interesting racing. The psychological aspect of lapped races means that one has to ignore the faster athletes lapping you, even though it will affect your perception of your own effort levels and pace.

It can work both way though, so if there are struggling athletes you can lap, then it will make your own effort seem that much easier. Perception of effort may be a key element if the wind and rain pick up on Sunday.

With Steph Twell starting 2020 with a half marathon PB in Houston, Texas, there was high hopes the year would bring an improvement to her already excellent mark of 2:26:40 set in Frankfurt last year. With a third place 33:38 in a 10k in Switzerland just last weekend, we might see a tactical race from the Brit with the fastest PB in the event.

“It’s my first female-only race, and a British championships too, which is really important to me. This is an opportunity for me to grow again. The time will count too.” was what Twell said at the press conference, which might be an insight into race tactics.

Lily Partridge, Tracy Barlow, Natasha Cockram, Tish Jones, Helen Davies and Naomi Mitchell will all be looking for new personal bests and pushing for that Olympic qualifying time of 2:29:30. There are other men in the race too

Even though Bekele has withdrawn it doesn’t mean it’s just a jog in the park for Kipchoge to win. 2:02:55 man Mosinet Geremew is still looking for his first major marathon win and the 28 year old won’t be afraid of going with the early pace.

That still leaves another five, yes FIVE, men who has PBed under 2:05. Seven runners in total have the pace to run a marathon in 125 minutes.

Marius Kipserum is the only other Kenyan, with the four other athletes all heralding from Ethiopia. Maybe they feel the need to pick up the baton for their fallen compatriot Bekele and we will see something special? Shura Kitata brings a sub 60 min half PB from January 2020, but who knows how the COVID summer training has gone for any of these stars?

Sisay Lemma is one of the only front runners to have notched a podium marathon finish in 2020, with a third placed 2:04:51 at Tokyo Marathon earlier in the year. Will that experience help or hinder the 29 year old? For the men’s race it looks like there could be a decent amount gunning for the 2:10 mark, with British stars like Chris Thompson, Jonny Mellor and Ben Connor all featuring.

“I’ve always thought I was capable of running two zero-something,” said the NB Manchester athlete before the event. “If I can come away with another qualifying time, that’s goal number one. But if I can get under 2:10 then I’d be delighted.”

In a group paced by Sir Mo Farah, Matt Clowes and Jake Smith, could we see some more British or Irish runners make a big leap in 2020.

One to watch for us, after an excellent performance just behind Sir Mo at the Larne Coastal Half, is Stephen Scullion. The prodigious talent never ceases to amaze with his performances and we certainly wouldn’t bet against something special from the Northern Irishman this weekend.

Exciting debutants to the distance include Fast10’s Jack Gray, who is known for aggressive front running at the shorter distances. With such an opportunity to be within a big group, paced by experienced marathoners, don’t be surprised to see Gray, and others, rolling the dice for the big times.

Another Fast10 athlete, Ollie Lockley, is a man who has flown under the radar a little in the pre race coverage but his half marathon PB is one many of the other men on the start line would love to have achieved and we know he will get amongst it.

For a detailed preview of the course before the Sunday action, check out Dan Biagi’s analysis.