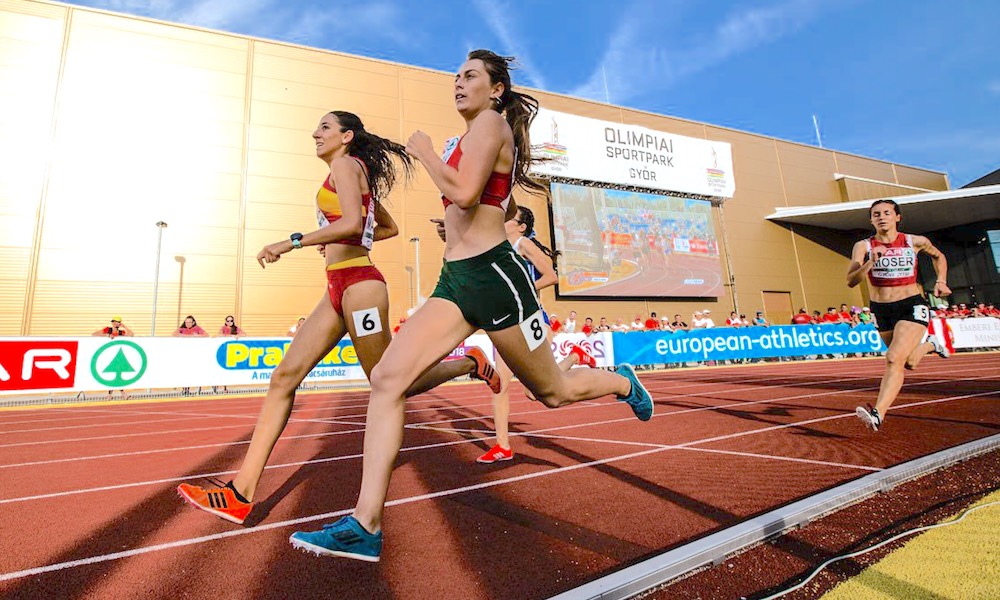 It is difficult to not overpraise a talented young athlete and imagine their future success as a senior, but we must not place too much expectation on their young shoulders.

Watching young athletes perform on the international stage is exciting, especially when you see the joy on their faces as they are awarded medals and congratulated by teammates, coaches and parents.

However, with the European U18 Championships currently underway in Gyor, Hungry, we will, no doubt, also receive constant reminders of the exciting talents who are on the path to be the next Paula Radcliffe, Sonia O’Sullivan or Greg Rutherford.

Not to be negative, but we should not get carried away. What we should really be reminded of is how little success at this level means in the long term, the cost at which it can come, how difficult the transition to senior stardom actually is, and how quickly things go wrong.

And those who do succeed, particularly in a country like Ireland where the last medal at a senior major championship was Ciara Mageean’s bronze in Amsterdam two years ago, youngsters will not only have to navigate the normal difficulties faced by developing athletes, but also the hopes and expectations of an entire nation.

Ireland has not been short of success at this level, and not all those who succeeded failed to make it as a senior, but a reflection on the make-up of any national team demonstrates that junior age-group championships, let alone medals at that level, are a mere step on the path to success for just a minority of our senior athletes.

And while youth success confirms, for a small majority, that they have a talent beyond their peers, the downsides can often outweigh the positives. Firstly, success at youth and junior level can paste over the cracks in a system which fails to produce an adequate level of senior success for the size of its talent pool. Shout loud enough about the youth and junior medals and the success on the horizon, and people will fail to notice that the cycle keeps repeating itself: the hope and optimism, the tragic stories, the lack of depth at senior level.

But the loud shouting also causes other issues in the system. Successful athletes, and those around them, are at risk of thinking they have arrived, and that success has already been achieved, or of expecting even bigger things ahead, that future success is their God-given right.

Nothing in this life is guaranteed. Least of all in track and field athletics!

Managed wrong, youth success can mean that every day from here on in is a disappointment. Junior stars have everything to lose and little to gain.

A system which glorifies youth success also has the potential to ignore and discourage, intentionally or unintentionally, the late developers, the under-trainers who have a greater potential for improvement, those with the mentality attrition for the long road. Those who are simply a bit smaller or a bit younger than their rivals. Those whose potential is, as yet, untapped.

And that’s before we even get to the overtraining, undereating, and injury-inducing behaviours which are only reinforced by the value we place on early success.

Or the development of an individual’s identity and self-worth purely around sporting success.

But we all know all this already.

It’s difficult to ignore outstanding performances, especially when those performances are not only great for age, but good for seniors. And, at times, it’s almost impossible not to feed into the hype.

But what purpose does it really serve?

Even those who are genuinely the real deal, and who will go on to hit the big time, are better off staying under the radar than carrying the pressure that comes with expectation. There will be ample opportunity to reap the rewards of their future successes.

And, at the end of the day, success at a senior level, whether that be a national title, an Olympic berth or a world title; living out your hard work and true potential, whatever that might be, is far more rewarding than a medal which may forever hang heavily around your neck.

And when we remember all this, it won’t be so difficult to find the solutions to a broken system that too often burdens our talent with unnecessary expectation.

Then, the future may, indeed, be bright.

Health is more important than fast times
If it’s not on Strava did it even happen?