Should Ireland be happy with showing at World Indoors? 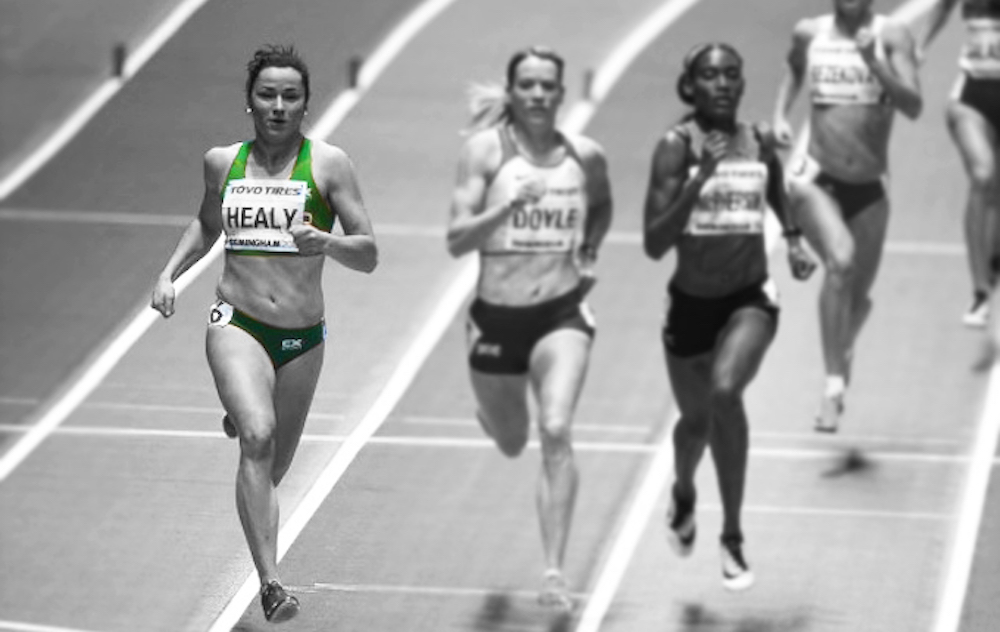 With Phil Healy’s 400m semi-final the standout from five athletes competing at the World Indoor Championships, should Ireland be happy with the overall performances?

Below is a quote from the Athletics Ireland high-performance people.

“To achieve our High Performance vision of ‘more athletes winning on the world stage’, Athletics Ireland has set the selection criteria and philosophy for the 2018 European Athletics Championships, where a Team/Individual(s) selected to compete, will be expected to be capable of obtaining a top 6 (team finish) or top 16 (individual finish). Criteria for European Championships Achieving a Performance Standard gives no right or guarantee of selection.”

In plain English – if you can’t make the top sixteen in your discipline, you’re not going to get picked for an Irish team because all we’re interested in are potential medal winners. And even if you make the qualifying standard, we don’t have to pick you.

Let’s get back to World Indoor Championships in Birmingham, which were pretty underwhelming from an Irish point of view. The selection criteria for this competition have now disappeared from the Athletics Ireland website but was probably much the same as the above. So were those standards in any way met?

Coming closest was athlete of the moment Phil Healy who performed well and finished third in her 400m heat in a time of 52.75 which saw her progressing as a fastest loser.

She was allocated lane 1 for the semi-finals, usually a bad draw but in this case proving a bonus since so many of the athletes drawn on the steep outside lane struggled to stay inside their lines on the bends and ended up disqualified.

Healy managed a time of 53.26 secs, half a second slower than in the heats. She benefitted from a disqualification to finish 3rd in her heat so just one place off the final and 12th fastest overall.

Ireland’s other great hope was Ciara Mageean, but she looked distinctly off form in the 1500m semi-finals finishing well off the pace. This continued a worrying trend which saw Mageean dropping out of the European Indoor 1500m final in Belgrade last March and then trailing home 13th in her heat at the World Championships in London.

In Birmingham, she never looked convincing in the third of three semi-finals, trailing home seventh in 4:11.81, which put her 18th overall. In January she had run over two seconds faster – 4:09.47 – to qualify for Birmingham.

Since then, it has been a mixed bag while she combined physiotherapy studies with training. A rare highlight last summer was victory in the 800m at the national championships in Santry although her time of 2:04.06 was nothing special.

Last November, her studies complete, she left Dublin for Manchester and the life of a professional athlete under the guidance of Steve Vernon. Her next major outing is the Commonwealth Games next month, where she will hope for a return to form.

In the 60m sprint, neither Amy Foster nor Ciara Neville progressed from the heats Foster, aged 29 and with five Irish titles to her credit, finished fifth in in the second heat in 7.35 secs.

It was well off the Irish record of 7.27 secs she set last month in Abbotstown. On the plus side, she was ranked 31st of 52 athletes in the event and ended up 28th. “It’s not a bad run. It’s just not what I was looking for,” she admitted after.

For Neville, who at 18 is eleven years younger than Foster, her first world senior championships proved a baptism of fire. In her heat, she ran a time of 7.47 for seventh and ended up 37th of 47 starters.

Her best for 60m this season was 7.34 secs, slower than the 7.30 secs she ran last season to qualify. Whether she should have been running in Birmingham at all is open to question. On the positive side, Neville is only starting her senior career and with luck will make many more major championships.

Last to compete for the Irish was hurdler Ben Reynolds, a late selection for the team. No big surprise then that he finished seventh in his 60m hurdles heat with a time of 7.89 secs – his best this season is 7.87 secs. That put his 29th of 37 starters; again, should he have been sent?

Unlucky not to be picked was long jumper Adam McMullen. His season’s best of 7.99m would have put him firmly in the Birmingham top 16 – indeed that distance exactly would have given him the seventh place behind Cuba’s Juan Miguel Echevarria with 8.46 in one of the most entertaining competitions of the championships.

By any standards, the Irish performances – with the notable exception of Healy’s – were disappointing. No athlete ever lines out in any race aiming to do badly but of the current crop of Irish athletes, only Thomas Barr seems capable of producing the goods at the big events when the nerves start to jangle.

So why is this? Is the pressure too much? Is making an Irish team the height of their ambition? Is an emphasis on winning underage medals causing burn-out and injuries? Does any fault lie with the team managers? Or how overseas trips are organised?

And finally, after the last few days, are we prepared to admit that, as a nation, we are possibly more comfortable as happy losers? Was Ivory Coast’s Murielle Ahoure raising an upside down Irish flag one of the best moments?

In fairness, battling snow and storms to make Birmingham this week was far from ideal preparation for a World Championships. Still, it didn’t seem to affect Laura Muir, who manages to combine demanding veterinary medicine studies with competing at top level in athletics.

Muir asks a lot of herself. Maybe that’s what makes her tough.