Out with the pacing and let’s see some racing 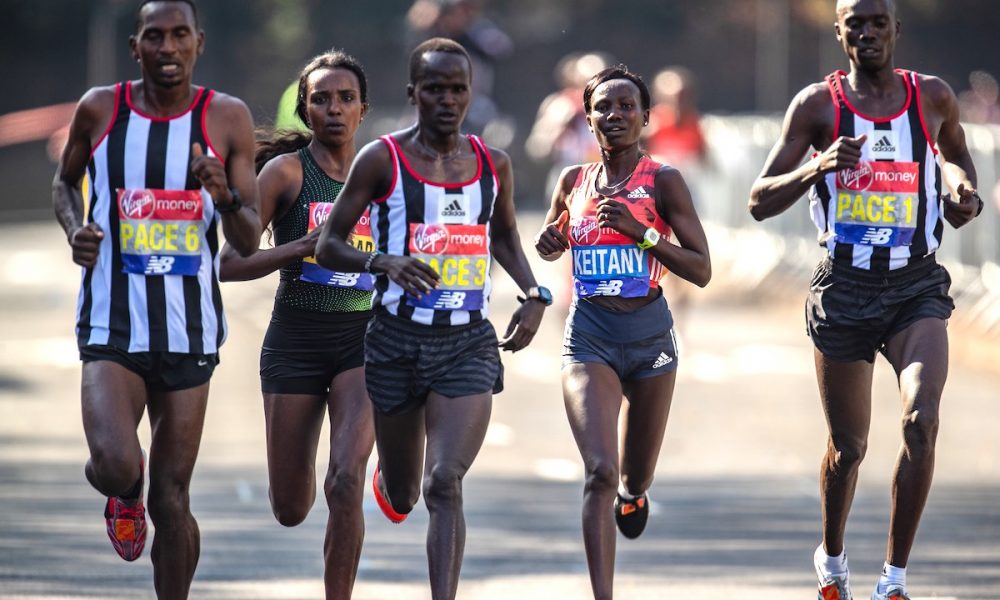 Times mean everything now, but once the hype that is generated before a major event subsides, pacemakers are just leaving the race a dull affair.

The 2018 Boston Marathon will go down in history as one of the greatest ever. The reason? It wasn’t about times. Was London Marathon, despite all the hype, just as good? The heat certainly made it more interesting.

Everyone is now obsessed with times and we very rarely get to see any of best athletes really racing one another. In a world with so much data, numbers are becoming the be all and end all. Projects like Breaking2 and races set up with pacers for record attempts and PBs just fail to provide the drama.

When watching a football match when is the most exciting moment? It’s the final 10 minutes of a close game that gets everyone’s heart pumping. A 6-0 drubbing may look good on Match of the Day, but for the live atmosphere, it’s all about the last minute goalmouth scramble.

Why do everyday fans love Mo Farah? It’s certainly not the Quorn adverts, but his ability to win races with an almighty kick. The tactics of Mo Farah in a 5000m or 10,000m track race had entire stadiums on their feet, waiting for the moment when the multiple Olympic gold medal winner would surge to the front.

In today’s world, athletics and marathon running needs to work increasingly hard to avoid being made redundant by E-Sports Championships, so what can be done to make it more exciting to Joe and Joanna Public? Racing should surely be key.

For the sport to remain in good health it needs to be popular to the masses, not just us athletics geeks. How do we get stadiums filled and on their feet cheering? The 100m is a crowd puller because of the suspense, the short time and the unknown. Even in a Usain Bolt ‘time trial’ when he set the world records, the Jamaican had a slow (ish) start. It was always a race.

Both the 2018 Boston Marathon and Commonwealth Games marathon were awesome races. One in blistering heat, the other in wild, wintery weather. Yet it was something they both had in common that will see them live on in the memories of fans. It wasn’t about the times.

Callum Hawkin’s two-minute lead in the closing stages was like going into stoppage time 2-0 and then suddenly losing 3-2. It was distressing to watch, but it was drama. Robbie Simpson was a goalie charging up the pitch to head home a late winner.

Boston was even more exciting. Yuki Kawauchi and Des Linden were the lower division teams up against Premier League opposition in the FA Cup. An early surge from Yuki was met with mockery from the commentators. Yet when both athletes managed to cross the finish line first it made the Boston Marathon magical. Everyone loves an underdog and that race had so many. Linden held back early on to help compatriot Shalane Flanagan rejoin the lead pack, Geoffrey Kurui made a decisive move and had an ‘unassailable’ lead in the Newton Hills. No one had read the script apparently.

It’s not just the drama on the day either, but the tidal wave effect on social media and the news. Suddenly the world is interested in our sport.

It’s why cross country racing is so enjoyable to watch on TV (when it’s on). Watching Callum Hawkins take on the world at the Edinburgh Cross in 2017 had me shouting at the screen, cheering and willing him to victory.

It wasn’t to be that day, but the world stopped (for me at least) during that race.

So how do we use this?

Well, global warming is creating wilder and more extreme weather so maybe we should stop recycling? Hurricanes during Spring marathon season might see viewing figures go through the roof and imagine the carnage that would do at the front end of the race?

Disregarding our duty to future generations aside, what about adding a few more hills into some of our marathons? Yes, the times would get slower, but the racing would increase.

A marathon PB is what a lot of people are after, but still, Boston is oversubscribed. It might make marathons times less comparable, but certainly, the wider appeal might grow if you chucked in a couple of hills.

What about just doing away with the clock for the leaders? Forget about a lead car with a clock and stop anyone wearing watches. Runners can still go fast and have a good idea of pace, but it might lower our obsession with quick times rather than good racing?

Most major marathons have pacemakers for the lead groups too. What would happen if we removed this element? Without pacemakers the racing is certainly more enjoyable.

If runners all of a sudden had to be tactical from the start, the times would slow for sure, but larger packs might make it to halfway together and the chances of an upset would increase.

In the end, watching Mary Keitany and Tirunesh Dibaba follow pacemakers in London wasn’t the most exciting. It was when Vivian Cheruiyot started to draw them in that the implosion happened. That was racing, not pacing.

When Paula’s record was no longer a viable target in London, Keitany just ended up having two blokes helping her win the race (which still wasn’t enough). That’s surely an unfair advantage in that situation, given that one of the men was the Kenyan’s training partner too. Without pacemakers who will hit the front out of Kipchoge, Bekele, Farah and Wanjiru? Might others surge and keep everything exciting? Could an underdog hang on at a slower pace and then sprint for the line?

Ultimately it’s about the longevity of the competitive end of running. The public start to become disillusioned and uninterested in the front runners because the story isn’t there. A great race has a storyline.

Look at Dave Wottle in the 1972 Olympic 800m, charging for the line from the back of the field. Kenya versus Ethiopia in Tergat and Gebrselassie. Joan Benoit and Grete Waitz both changing the face of women’s marathoning and then racing at the 1984 Olympics. Anyone of the Cram, Ovett and Coe battles, when they were allowed to race.

Good races have a beginning, a middle and an exciting end

There were rivalries that lasted beyond a single race and the public loved it. Who are our rivals now? No one can stand the pace with Kipchoge, but would that change without pacemakers? It’s not like we need the boxing pantomime of Tyson Fury, but good rivalry brings in fans too.

Would a Twitter spat between Kenya’s best and their Ethiopian rivals get people interested? Would Galen Rupp trash talking Mo Farah after he bettered his 2:06 marathon create some USA and UK rivalry.

Nike and Adidas fighting for the first sub two-hour marathon has everyone listening, but imagine if Hoka One One shoes started appearing on feet at the front of the marathon, could this ignite popularity through a rivalry too?

We don’t want to make athletics or marathoning a circus, but could a small thing, like removing pacemakers or, dare I say it, resetting world records as previously suggested, raise excitement levels?

If we do nothing then we’ll all be watching drone races in 10 years time.

Why do people cheat at the London Marathon?
The magic 40s: parkrun to international runner