Not all miles were created equal 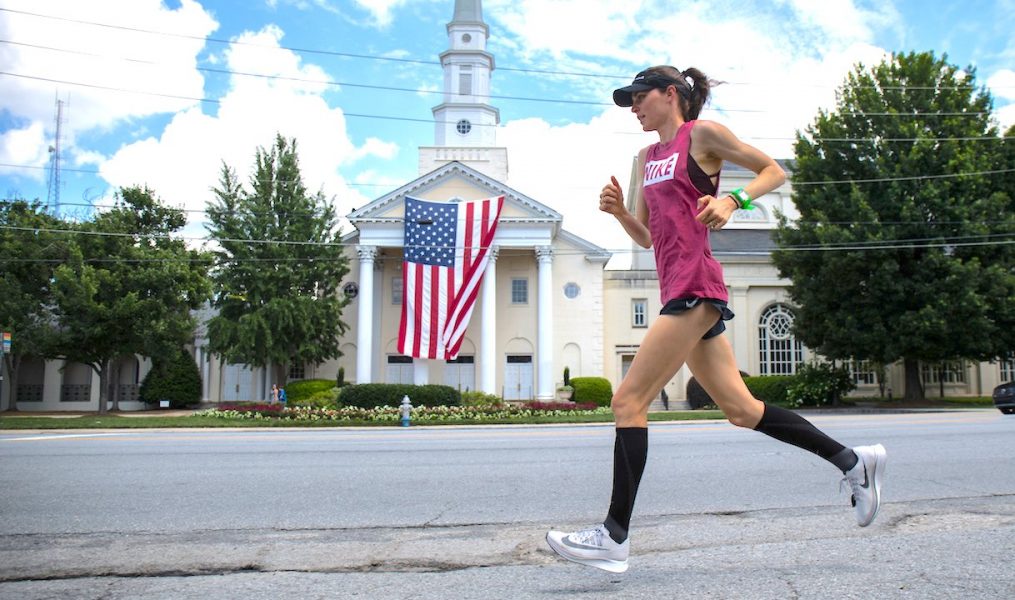 This article explores a small difference in the planning and recording of training sessions that many athletes tend to subconsciously overlook. Some runners don’t even keep a training diary, but for those who do, a subtle change in the way you write things down could lead to a longer and more prosperous running career.

For those of you that follow American distance running, you may be aware that Gwen Jorgensen, the 2016 Olympic Gold Medalist in Triathlon, switched to the marathon after the Rio Games.

For the past three years Jorgenson has been training with the Bowerman Track Club under the tutelage of esteemed American distance coach Jerry Schumacher. Schumacher is also the coach of American Olympians Shalane Flanagan, Matthew Centrowitz and Evan Jager, as well as coaching British 5,000m ace Marc Scott.

In a recent YouTube video on Jorgensons channel, Jorgensen explains in detail how she and the rest of the BTC record their weekly mileage. Instead of using the conventional GPS measured method, BTC athletes use a system devised by their coach that they refer to as “Jerry Miles”. Faster miles have a different impact on the body and the mind. Photo: Talbot Cox

In the video, Jorgensen goes on to explain that the system is used to allow for the changes in external factors that may effect the pace of a run, such as altitude.

The system, whilst simple, is effective in allowing the athletes to train without the pressure of running a certain mileage, and ensures they have no reason to run their easy jogs harder than necessary – a problem many a casual runner seem to experience.

Why shouldn’t I run for mileage?

If the knowledge that some of the elites run for time rather than miles doesn’t stop to make you think, maybe this will. Let’s talk about over-training.

Over-training is the main cause of injuries amongst the usual keen, enthusiastic and determined folk that participate in running and planning your runs by distance can be a factor in this. Miles are a cruel and unforgiving mistress that take nothing else into account but distance.

Think about it. How many external factors affect the intensity of an “easy” run? There’s weather, terrain, altitude and elevation gain to name a few. Are you going to be feeling exactly the same for your easy five miles the day before a session as you do the day after a session? No, not at all. Before a session, the run may take you 35 minutes, but afterwards if you’re listening to your body it should take you 40, but you push harder than necessary to run it in 35 minutes again.

Does that mile know how you day went?

Miles never take into account how you’re feeling on a given day, but time does. If you routinely run a 30 minute run on a Tuesday, it doesn’t matter if during a hard week at work you only manage three miles when the week before you ran four miles, you’ve still got your prescribed 30 minutes done!

By running for time, you are always taking into account other factors that are affecting your training of which you may not subconsciously be aware of. Weather, terrain and the previous days training all have an effect on the speed you run, which doesn’t matter on a 40 minute run, but turns a five mile run into a longer and thus more stressful training session than you had planned.

Over time, the extra duration and increase in exertion takes it’s toll on the body and has a negative impact on your future training and racing.

Stuck in your ways?

Many people find change daunting, and moving from miles to time may seem strange. Besides, there’s something romantic about the concept of “mileage”, and most runners are bound to have a lot more respect for a “100 mile per week” athlete than some “12 hour a week” nut job.

When planning your training by duration, you don’t need to forget about the little weekly mileage toll you keep, you just need to be adaptable. Swapping the regular Monday 8 miler for a 60 minute easy run may do you a world of good, and lead to a running career of longevity and good health.

Besides from potentially preventing over training, running for time can free you of a lot of pressure through simplifying your running. You’ll save time because there will be no waiting for GPS signal or hours spent on Strava. Photo: Natalie White

You can forget about your GPS watch, wanting you to focus on all the data under the sun and more, the average pace display pushing you harder and harder. All you need is a simple watch, running with just a timer almost feels like running with no watch at all. This is where the freedom of running comes from.

Take ownership of your training and stop being a slave to the miles, you may reap the rewards. You might even enjoy it.

Tomos Land is an 18 year old runner from North Wales and has represented Wales at the London Mini Marathon, SIAB Schools XC and at the British and Irish Mountain Running Track. Currently remotely coached by Liz McColgan and have been since January 2019. He has his own blog and can also be followed on Twitter and Instagram.