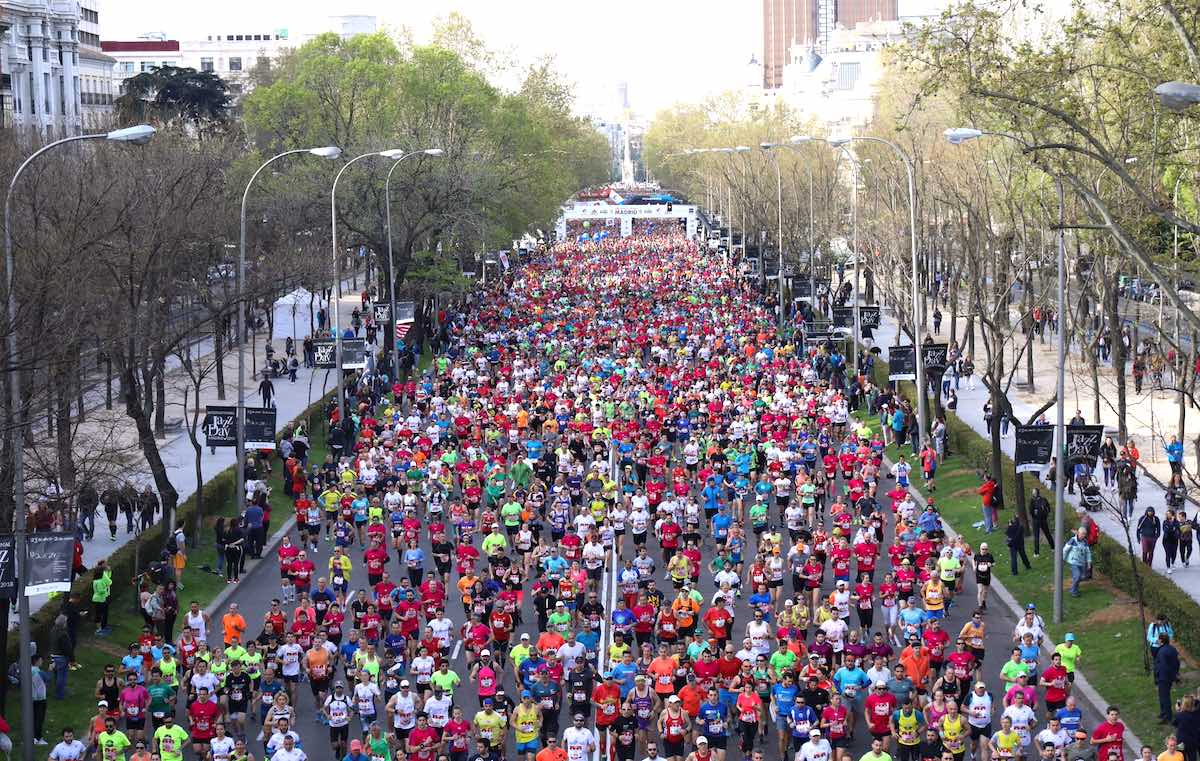 Millions of event T-shirts are produced and given away each year that are never worn. Let’s plant millions of trees instead.

“Can we make it completely unacceptable for a race organiser not to offer an alternative?”

Those are the words of mountain runner Jim Mann, who this week announced the launch of Trees Not Tees, an initiative that gives race directors the option to plant a tree instead of giving out a tee-shirt to their finishers.

“Even a cotton t-shirt” often seen as a more sustainable alternative to cheap plastic tees, “uses the equivalent of 2.5 years of drinking water in the production process, as well as over 2kg of carbon, for each top.”

Mann, who studied ecology at university, said that having been inspired by the likes of Dan Lawson and Charlotte Jalley’s ReRun Clothing initiative, started thinking about commercially viable ways for us to plant more trees and Trees not Tees was born.

With a 480 acre site up in Scotland, although they are already looking for more viable land, the initiative will give race directors “a credible alternative to the countless “free” t-shirts that are given out at the end of nearly every single race”.

What about the people who really want that tee?

Not unsympathetic to the idea that some really do want and will use a race t-shirt to show off their achievement, it’s more about changing the default option of giving them to everyone.

“Psychologically we struggle in turning down the t-shirts as we feel like we’ve already paid for them” says the runner who’s representing Scotland over 100k this May. “We want to change the default and give organisers an option that doesn’t leave their runners feeling ripped off.”

The Manchester Half announced last year they would no longer be giving out finishers t-shirts as standard and there was a backlash on social media from some of the runners. For a business it can sometimes seem an unappetising option. For the environment it’s an important step in the right direction.

“I realise we’re in a bit of a bubble in the hill running community as generally we’re more likely to value the great outdoors, but it’s a good place to start making a change.” If it comes from the runners, of they start demanding the change from race directors, then it’s going to be easier for everyone involved.

Has Jim turned down every t-shirt in the last few years?

“I understand that some people really do value the finishers t-shirts and I certainly have mine from the Dragon’s Back race as I’m really proud of the achievement, but do we need them from every event?

“We don’t want to take away the t-shirt option from those who really want to wear them, but educate on the production process and change the default” said the man famous for running big mountain loops in the winter.

Providing an alternative doesn’t take away the option for runners to have a finisher’s top, it just makes them choose. So many of the tees travel halfway around the world just to end up in our bottom drawer at home or in the charity shop unworn.”

Some of the thousands of races tees at ReRun HQ

Dan Lawson, of ReRun Clothing, often states that the best method is for people to “opt-in” for t-shirts instead of a choice to “opt-out”. Even going as far as asking race organisers to ask on multiple occasions if the runner “really does need another t-shirt?”

Lawson should know as they have thousands of race t-shirts donated and stored in their office, often unopened and unused.

Recently at the National Running Show ReRun were at the front door and many handed off large bundles of unwanted, but perfectly usable, clothes before trotting along to the nearest stand to buy new, feeling like they had done their part for the environment by donating, missing the point of ReRun by a country mile. The most sustainable item of clothing is the one you already own.

Lawson puts it like this “Does the world need another t-shirt or another tree?”

Making it affordable for businesses too

Back to Trees Not Tees and Mann is aware of the backlash races might get from their athletes but wants there to be a credible alternative.

“We have a base cost for tree planting, but we’re also happy to price match to the cost of the tees if a business sends over the pricing from the year before. We do have a limit of £2.50 per tree though” which seems very fair. If you’re getting your t-shirts for less than that then they’re probably extremely poor quality.

Centurion Running, who organise 50k to 100 mile trail races, got on board straight away. “The race tees for long events in particular are still really popular with a lot of runners,” acknowledges race director James Elson “They are proud of their achievement and will wear a good quality tee with pride.

“For those who don’t want or need it however, Jim’s initiative is an alternative that will make a fundamental difference to the battle we are all facing. At no additional cost to the organiser this has to now be under consideration for all presenting tees as an included option.”

Will people take the choice?

It’s no surprise that Centurion Running’s Elson co-hosts a podcast with ReRun’s Dan Lawson, but the race director has been trying to reduce his races’ carbon footprint for many a year, but people really do enjoy wearing their 100 mile finisher tops. The hope is this gives an option to some and provide something for all to think about.

If business give people the option of a t-shirt or a tree then they’re not disappointing people or losing money. If the default option is to plant a tree, then runners have the option of a t-shirt then it might cost more for those individual t-shirts, but organisers could offer a higher priced, higher quality t-shirt for those that really want it.

Mann laughs that he’s “still got Helly Hansen tops from when I was 15 years old and they’re still going strong,” after which we have a good conversation about brands that produce high quality, long lasting kit, as opposed to investment bank owned business cutting cost margins and lowering quality just to make a profit. Ultimately the consumer can help with their choices. So ask yourself the question again

Do you need another t-shirt? Or is the world going to be a better place with another tree as Lawson suggests.

“We need to reduce, reuse and recycle” says Mann, “but if we’re not reducing first, then it’s madness.”

Often people talk about climate activists scaremongering and the climate crisis not being as bad as people make out, but think about your options and the consequences of the path we take.

If we keep trying to be more environmentally friendly then we’ll have more trees, less pollution and less junk filing up landfills. Generally the world is going to be a better place in 10, 20, 100 years time if we make an effort.

Choosing to plant a tree instead of taking a t-shirt might not solve everything (hint: it won’t) but it’s a start. It’s improving our current model to make the hobby of running more sustainable. Ultimately who does it harm?

The other option? Choose to ignore everything. Then we fuck up the planet beyond repair. So do you really need that t-shirt?

If you want to find out more then visit the TreesnotTees website or the Rerun Website.  For ReRun you can also follow them on Instagram for good times and knowledge, all in one account. If you know a race director then why not tell them about the option of Trees instead of Tees?