Getting back on track at Salisbury 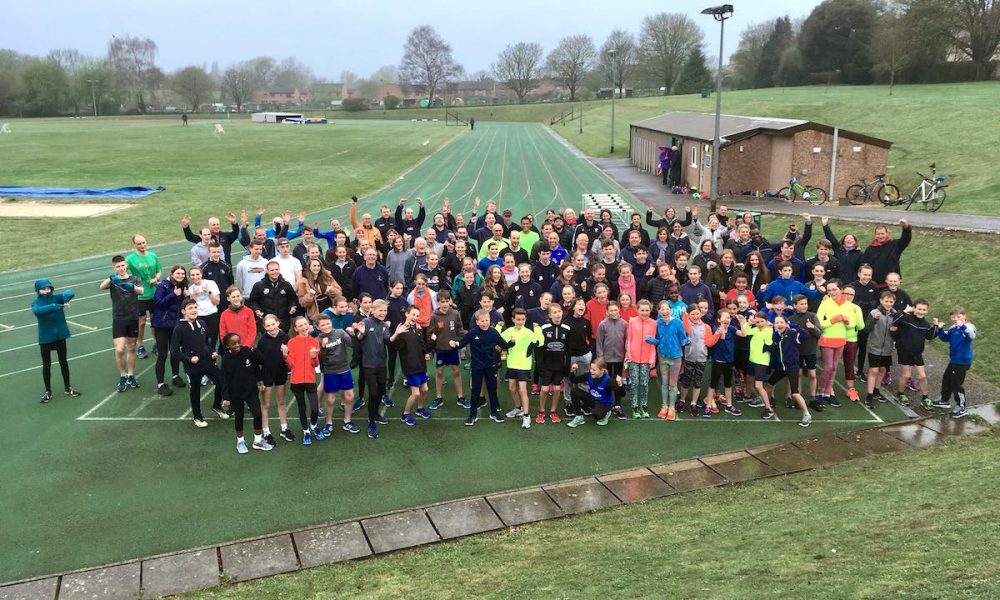 As one of the local athletes to temporarily return to the track in Salisbury, Verity Ockenden asks; do we really appreciate our communities and their facilities, or does it take losing them to realise their worth?

Following a five-month hiatus from the track in Salisbury – due to a dispute between the athletics club and South Wilts Grammar School over ownership and hiring fees – I have now recommenced training on the synthetic surface. The whole experience has left thinking about what it means to me as an athlete and the role our communities and their facilities play.

Rewind back to December 2016, I had just moved to a new area forty minutes away from the nearest track, and my logbook is full of self-beratement for having struggled to complete my workouts alone on the road in an unfamiliar and unforgiving landscape.

Inaccurate measurements, unavoidable undulations, unfriendly drivers, lack of street lighting and sheer loneliness made training a nightmare and I’d often finish feeling completely thwarted and hopeless, regardless of the quality of the work I’d still managed to put in, or the beauty of my surroundings.

I needed to get myself to a track and to build a team of friends to help me, and Salisbury turned out to be just the place.

Despite not being a true member of the club – Swansea Harriers are my first claim club due to my indebtedness for the help they gave me while a student in the city – everyone at the City of Salisbury welcomed me wholeheartedly, cheering for me in training and races, putting me in touch with other local people who could help me, and waiting for me to finish my session (always the last one!) before locking up to go home.

Members of my newfound running community have lent me their watches when mine died, paced me on the bike when they couldn’t run themselves, and helped me fix my bike up when I needed to cross-train (despite me falling off and trashing both myself and it 48 hours later!).

A team was built and flourished

Soon enough a little nucleus of four developed, keen to join in with my interval sessions every Tuesday night. Initially, Shaun, Eddie and Alex would hop in on a couple of reps to help me out at the end of a workout, or do half-reps with extra rest.

A few months down the line, I feel that I am a better athlete than I have ever been both mentally and physically, and my teammates have pushed themselves to try new things, now frequently showing me how the whole session is done, with personal bests coming in thick and fast. Running is often thought of as a lonely sport and although many of us do enjoy it for the solitude it provides, I’ve found that on session days sharing the task with the guys is hugely beneficial. I’m inspired by the likes of Shalane Flanagan and Desi Linden’s sense of teamwork in sport; athletes who actively aim to elevate each other to new heights, feeding off each other’s success.

I’ve been that “team-mate” who wasn’t as supportive as they could have been, who focused on themselves alone and became overly competitive with their training partners, creating a negative environment that was destructive mentally and physically. But I like to think that I’ve learnt a lot since then and I would now feel lost without my group.

Since I have had at least one of them there helping me at every session, I haven’t left with a single negative thought in my head. That’s a big deal for me as previously just one missed target could trigger a complete crisis of confidence. We work together with the unspoken rule that nobody starts or finishes the workout feeling bad about themselves.

Our track was gone

Then all of sudden, in November 2017, our spongey, synthetic 400m carpet was pulled from beneath our feet, and we were relegated to the roads.

All of the separate training groups that we had at Salisbury, dependant on discipline, age and ability became even more segregated. Previously we would support each other’s endeavours with whatever spare breath we had, appreciating that we were all there putting the same effort in to our various activities and all feeling as tired as each other.

With the loss of the track, we ended up heading off separately to different paths and alleyways so as not to bump into each other in the dark. We couldn’t cheer each other on, and we couldn’t take inspiration from each other either.

However, in April, after five months away, we finally got back on the track, and although we don’t know for how long as talks between the club and the school continue with the help of Wiltshire Council, it’s great to make a return and have something so important back that was once taken for granted.

It’s the small things, and you might not believe it, but I was delighted to have young Bea Wood, the Salisbury club’s 2018 British, SIAB and ESAA under 15’s cross-country champion, flying past me on reps a few weeks ago.

So love and look after your clubs (even the ones you don’t officially represent) and their facilities and they will look after you because you never know how much you value them – until you lose them.

Out with the pacing and let’s see some racing
Winter is coming: is Jakob Ingebrigtsen peaking too soon?