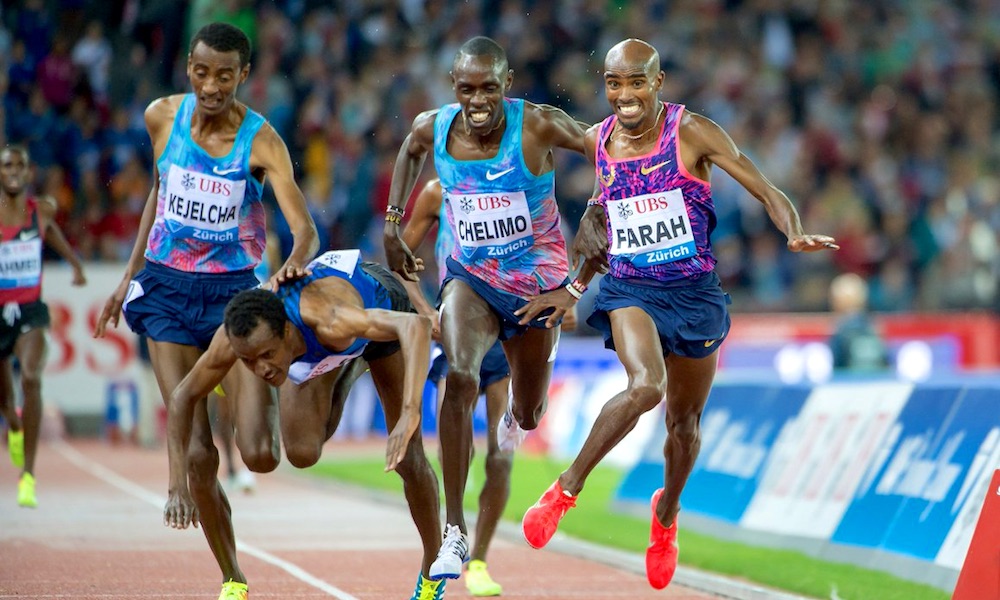 The decision to cut all the long-distance races from the Diamond League misses the chance to connect runners and the sport.

Announcing the IAAF’s plan this week to revamp its flagship product, the Diamond League, by cutting out all the long-distance races, the athletics body’s president, Seb Coe, said he wanted to make it “more relevant to the world our athletes and our fans live in today”.

Of course, professional sport doesn’t have to imitate our recreational activities, but if athletics is in search of new fans and a way to be relevant in the modern world, you would think a growing army of long distance runners would be one place to look.

Even if 1% of the people who run regularly became fans of running as well, it would probably save the sport. But rather than try to connect the two, the IAAF has cut the wires completely. It makes no sense.

Of course, what Coe means by “the world our fans live in today” is the perceived short attention spans of the digital age. Kids today want everything fast-paced. Bitesize. Tweet-friendly. Right?

Yet sales of printed books continue to defy expectations and rise year on year. Feature-length films continue to dominate cinema. The internet and Facebook have changed the world, no doubt, but the idea that people can any longer engage with anything that lasts more than five minutes is simply not true.

And in any case, long distance track races are not even that long. A world-class men’s 5000m race lasts around 13 minutes. A Premier League football match, which even the most ardent fan will admit can be as boring as hell at times, lasts 90 minutes. Even the shortest cricket matches take many hours. Tennis. Rugby. Golf. They’re all way longer than a 5000m or 10,000m track race.

In Japan, road relay races (called ekidens) that cover hundreds of kilometres are among the country’s most popular sporting events of any kind, with huge viewing figures for their wall-to-wall television coverage, and pages and pages of newspaper reporting.

No, endurance events aren’t inherently boring to watch. When the story of a race is told well, when the fans can connect with the competitors, long-distance running can be a compelling drama in many acts, with lots of unpredictable, gut-wrenching plot twists. Think back to London 2012.

Everyone in the UK was glued to their screens for the men’s 5000m and 10,000m finals, because the tension had been built up. We had our man to root for. The lone Brit against the might of East Africa.

Sport works when you take sides, when you know the personalities, their histories and their rivalries. What is most often lacking in distance running is the storytelling.

So what could be done?

For a start, we need knowledgable commentators. Too often during a distance race on TV, the commentator struggles to even identify the leading runners, let alone know their backstories.

In the Boston marathon last year, for example, the US commentator thought the eventual winner, Yuki Kawauchi, was a fun runner, looking for his five minutes of fame by racing away at the front at the start. It’s not too much to expect TV commentators to know their stuff. That’s their job.

Then the producers need to understand that a distance race is an unfolding drama. The tension builds as the war of attrition plays out over 12 or 25 laps. People push the pace, hang back, make moves. It’s a psychodrama at full speed, hearts pounding, blood pumping.

But if all the viewer sees between cutaways to the field events is the first few laps, a tiny bit in the middle that looks pretty much the same, and the final sprint finish … it means nothing. Even to me, a long-time fan of the sport, I don’t want to watch that.

Of course athletics by its nature is multi-event, so I’m not saying ignore the field events, but in 2019 we have the technology to split the screen. It’s really not that hard. So we can still follow the race on one side, while seeing the long jumper discussing his foul jump with his coach, with action replays of the red flag being raised, on the other.

And what about teams? The ekidens in Japan are partly so popular because they are team events, making it easier for fans to form allegiances and root for a victor. You get team tactics, rivalries, ace runners coming good, star signings.

There is the odd team in athletics, such as the Nike Oregon Project, with its black vests with the skulls. But it needs some rivals, in rival outfits, instead of everyone else running around in the same Nike and Adidas vests. The way it is currently, if you don’t follow things closely enough to know the individual runners, a distance race on the track looks like a swarm of identikit clones. Why would you care who wins?

The elephant in the room here is that the champions of these events are almost all East African. This should really be a reason to protect and celebrate these events. There are so few sports in the world where the main stars are all African. Africa needs its sports stars. The world needs African sports stars.

Ah, but they don’t do good interviews. They don’t do Mobots. I hear that so often I don’t know where to begin. How about, firstly, they get interviewed in their own language?

Then we might get to hear their real thoughts on things. Secondly, have you ever watched a Premier League football player being interviewed without falling asleep? Yet it doesn’t mean their games get cut. And thirdly, have you ever seen the Kenyan Ezekiel Kemboi race? His crazy tactics and celebrations make the Mobot look like something the Queen might find rather droll on a wet day at Windsor.

The truth is the African distance running stars are undervalued by the sport. The IAAF has already cut the World Cross Country Championships down simply because the East Africans were dominating it. Now it wants to cut long-distance track races.

Yet the rivalry between Kenya and Ethiopia, particularly, is epic. It’s Brazil vs Argentina at football. New Zealand vs Australia at rugby. As one (knowledgable) TV commentator put it during the 2001 World Championships in Edmonton, Canada, when the marathon came down to a Kenyan and Ethiopian in the last few miles: “It’s the Red Sox vs the Yankees.”

Yet rather than celebrate this rivalry, stoke it, promote it – what about they all wear their national colours? – the IAAF wants to cut it dead.

And so the millions of parkrunners carry on oblivious to the Diamond League (why would high jump and 400m hurdles have any relevance to them?), Nike and Adidas continue to make all their athletes wear the same kit, and the IAAF continues acting like a middle-aged man trying to be down-with-the-kids by offering up a “fast-moving, action-packed format for broadcasts”, as its new chief executive, Jon Ridgeon, put it this week.

Well, good luck to them. Now, have you seen who’s running the London marathon this year?

Adharanand Finn is the author of ‘The Way of the Runner’ and ‘Running with the Kenyans’. You can find him on Twitter here.