Are we doing enough to support distance runners? 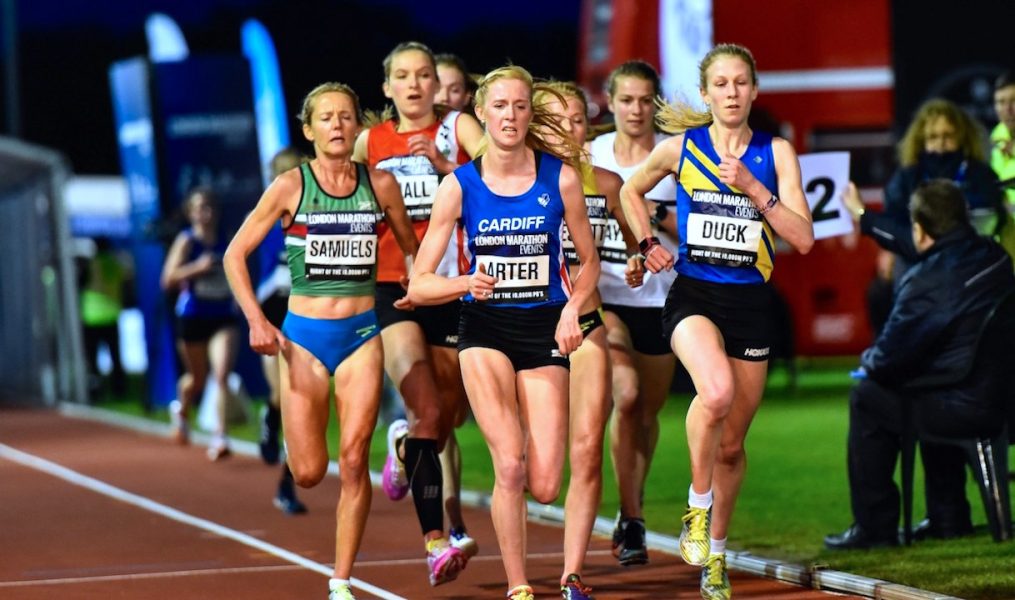 Many bemoan the lack of funding for distance running in the UK, so is it time to start thinking outside of the box in order to boost the sport?

Fast Running spoke to McColgan and some of the protagonists of the Twitter debate, with interesting and insightful comments from Charlotte Purdue, Dave Newport and a few others. It seems they are in agreement that something needs to change.

The likes of Ben Pochee and Keith Scofield have taken matters into their own hands and have done wonderful work with the like the Night of the 10,000m PBs and the UK Endurance Conference, but the question asked, should it be down to individuals or clubs to be looking after performance development or should we expect more from the governing bodies?

Is British Athletics’ obsession with medals helping or hindering distance running in the UK? Will anything change following the resignation of UK Athletics chief executive Niels de Vos?

Under the current system of lottery funding support, the way it works is if you have a chance of a medal or medal potential then there is great support out there, but what about those just below that level?

One of the reasons there was such high success in the 1980s in distance running was the strength of that sub-elite level. Go to any club and there were a handful of runners just nipping at the heels of the top athletes. Slow down to catch your breath in a domestic cross country race and dozens of runners would steam past you.

Are we being left behind?

Interestingly in the recent debate, McColgan, who during her illustrious career won world 10,000m gold, Olympic silver and multiple world cross country medals, listed her achievements and then said science, nutrition and kit have been the cause of the rise in global performances.

A look at the women’s half marathon world record progression shows only two times before 2000, languishing in 27th and 29th place. However attributing this to solely science, nutrition and kit are a bit of an oversimplification.

Maybe in male distance running a percentage of the improvements over the last 20 years has been down to technological and scientific advancement, but in women’s running, it is much more down to the development of the athletes in general.

To say British women should be winning the glut of medals that McColgan collected over her career, really doesn’t take into account the huge growth in the sport.

A massive influx of East African runners has caused a reactionary improvement in other nations, but not all. The US collegiate system’s athletes would be dominating the world if it were not for the Kenyan and Ethiopian runners. But this is not an article of excuses, so what can be done to take the battle to the rest of the world?

Show me the money

Suggestions of support for the sub-elite level are great, but, as ever, where does the money come from?

In the US, professional teams like TinManElite, Naz Elite (North Arizona Elite) and the NYNJTC (New York New Jersey Track Club) are helping athletes make the jump from collegiate to professional ranks.

In the UK, we already have the established club scene. But clubs do not have the brand partnerships, nor the professional road scene and the level of prize money that is on offer in America.

Many want to shout at England and British Athletics in particular for more cash to support the UK’s distance runners. After all, the fees paid to these bodies from clubs mainly come from distance runners, so why are they not supporting our own kind in greater depth? Not to single out any athletics event, but would hammer throwing still be a thing if it weren’t for license fees from the everyday club runner?

British Athletics spread their funds over a huge range of sports and there certainly is support there. Even niche sports like mountain running and ultras get a much better level of financial support than other countries globally.

Is more money the answer?

Everyone thinks that more money will be the solution. What about that old saying: “give a man a fish and he eats for a day, teach him to support himself as an athlete and he’ll run fast times”.

In this day and age, it is becoming easier and easier for an athlete to support their lifestyle if they put a bit of time into it. I say this as someone who supports their own career through remote coaching, journalism, odd jobs, sponsorship and being a consultant. I’m not even sure what being a consultant means.

Scottish Athletics’ has recently made moves to help clubs become self-sufficient with its Club Together scheme. Yes, at first there is finance to fund an employee for each club to get the ball rolling, but even this has to be matched by local authorities.

Surely this needs to be set up across the British Isles and then we can go a step further with the athletes themselves.

What are we doing?

Instead of waiting for someone else to solve the problem what is everyone doing? Who can follow in the footsteps of Ben Pochee and Keith Scofield to try something a little different? There are thousands of volunteers across the country putting the effort in, but should it be down to people helping out for free?

There are examples like Mark Hookway setting up the GB Distance Runners group on Facebook. Trying to get our athletes working together to put on fast races and all turn up in the same place. For women’s running, it could be even more vital as peers are further apart.

Personally, I’m grateful to people like Trafford 10k organiser Dave Norman, who clearly has the interest of British runners close to heart in a lot that he does. Having travelled to my first overseas training camp with Dave and the likes of Ben Riddell and Nigel Martin, feeling part of the group straight away, I know it’s something everyone could learn from. Fast athletes are teaming together in areas. Support from coaches like Dave Newport, James Thie and Alison Benton are bringing the fast runners together but probably with a little bit more travel involved than in previous generations.

Instead of a quicker runner living on the same street, they’re in the next town. With social media making us ‘closer’ than ever, is there any excuse for not teaming up and working together?

Plenty of people are still complaining about ‘influencers’ taking sponsorship away from ‘proper runners’, but still don’t realise that it’s a tool that everyone can use to their benefit, rather than a hindrance.

Yes, a lot of brands are now sending out free socks to bloggers instead of chipping a few quid into sponsoring a fast runner, but as with anything you have to provide worth to the brands. Winning a race here and there just isn’t enough any more.

Could this be part of training? It might seem a bit ridiculous to have a workshop on ‘using social media to make a living’ or ‘how to be a professional runner in 2018’, but it could help someone. If younger athletes coming through cannot utilise the internet more than a 31 year-old ultra runner, then are they trying hard enough? I’m not even on Snapchat.

It may seem counterproductive to talk about social media being used to help us improve British distance running, but remote work can be the way forward. Athletes like Charlotte Purdue, with her Purdue Performance coaching, and Ireland’s Stephen Scullion, who is a web developer, have used such an opportunity, as have many others.

Of course, everyone might not have work that transfers remotely or the skill set to work online, but it’s always a possibility. Having to earn a living needn’t stop your running progressing either – just ask the folks in the 80s before the internet.

Where is British women’s distance running heading?
Protecting the competition environment through hyper-elitism