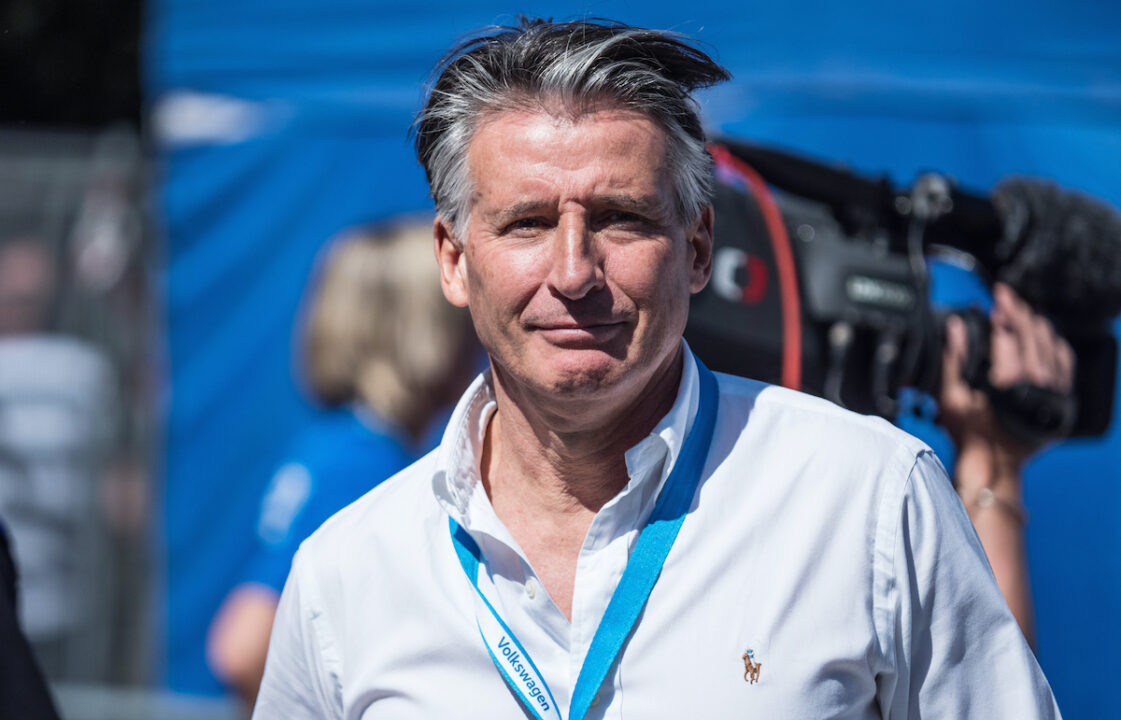 It is the week where the first medically recognised cases of what would come to be known to the world as ‘AIDS’ appear in California. In the political domain, President Ferdinand Marcos is re-elected in Philippines. Culturally, the blockbusting ‘Raiders Of The Lost Ark’ premiers Stateside, whilst closer to home Adam and the Ants ‘Stand and Deliver’ with their fifth consecutive week at number 1 in the charts.

On the Wednesday evening of 10th June, the eyes of the track and field world are focussing on central Italy and more specifically, the capital City of the Tuscany Region. Considered by many as birthplace of Renaissance, Florence is the scenic location where a 24 year old owner of a Moscow Olympic gold and silver medal, is attempting to make his own European history.

Lining up in lane 3, Sebastian Coe is the man who in setting a world 800m record of 1m 42.33s in July 1979, has metaphorically dragged British half mile running from the Middle Ages to Modernity. Indeed before Coe’s superb run in the Bislett stadium in Oslo, the last Brit to hold the word 800m record was Sydney Wooderson, some 41 years previously.

Setting off in the all-white kit to embark of a first 110m run in customary lanes, Coe who had daydreamed his way through the Moscow Olympic 800m final one year previously before waking up too late in the middle of a racing nightmare, knows that he has to start aggressively if he is to challenge his own existing figures. Indeed the legendary BBC commentator David Coleman echoes the conventional wisdom that Coe is a much better operator as a front runner with his early observation that, “It’s important for him he doesn’t’ get blocked”.

As they break the Italian Carlo Grippo holds the kerb as the early leader but is soon superseded by a teenage Billy Konchellah who will have to wait another decade to realise his own massive talents in bagging the first of two global 800m titles in Tokyo.

At this stage, commentator Coleman salivates at the prospect of a potential race as he states that the Kenyan is, “taking Coe on”. If Coleman’s observation of a battle is accurate, by the 250m mark it’s certainly already a two horse race, with Coe and Konchellah forging ahead of the best of the rest by some 10m.

Into the home straight they continue their searing pace and take the bell inside 50s. 70 metres later, the race is effectively over as Coe overtakes the 19 year old on the bend and continues in the words of Coleman, “Flowing down the back straight looking so relaxed and easy, the pressure yet to hit him”. The 600m mark is reached in 75.0s and Coe now has a realistic prospect of lowering his own world record.

As he enters the straight for the last time, with 80m to go he begins his alactic sprint for the line with an increasingly animated Coleman screaming, “And now he’s really got to hurt himself….driving for the tape…no sign at all of weakness in the legs, maintaining good form”. Seconds later the flashbulbs explode as he breaks the line of photographers, camped just beyond the finishing line to stop the clock at a mind blowing 1m41.73. Those figures will stand for an unreal 16 years until the brilliant Wilson Kipketer equals them in Stockholm and then travels to Zurich to lower the record in August 1997.

Unbelievably, Coe’s mark still stands as a British record to this very day and in begging the pardon of our current generation, there are no obvious contenders on the horizon. We could commission a doctoral thesis on why no Brit has been able to get close to Coe’s figures since the days when his illustrious rivals like 1983 World 1500m champion Steve Cram and 1990 Commonwealth 1500m champion, Peter Elliott, ran 1m42s clockings.

This being said let’s focus on something which you can control as an athlete – something Coe did in his training which we can all learn from at the philosophical level. Together with his father and coach Peter, Seb’s work tended to emphasise quality over quantity and the duo were light years ahead of their time in terms of understanding the finer points of progressive neuromuscular loading. This being said let’s focus on his approach to engendering race pace specificity.

The aforementioned Peter Coe, worked closely with the founder of the British Milers’ Club, Frank Horwill, in the late 1970s and early 80s. The eccentric but brilliant Horwill developed a multi-pace or what is sometimes referred to in coaching pedagogy as a ‘multi-tier system’.

According to Moscow Olympic 800m champion and Coe’s arch rival Steve Ovett, “Frank and a few other coaches were in my mind solely responsible for pulling British middle-distance running up to a level which matched and occasionally beat the rest of the world”.

Horwill himself stood on the shoulders of another coaching giant in that he was heavily influenced by the work of Woldemar Gerschler in the post second world war era. The German’s thoughts on interval training appeared in Track Technique in the early 1960s and accounted for some of the successes which he had achieved in practice.

In 1939, for instance, his athlete Rudolf Harbig, took a massive 1.6 seconds off the existing world record by clocking 1m46.6s for 800m. It’s surely worth considering whether it was something more than a quirk of fate that Harbig’s record stood for 16 years, exactly as Coe’s 1981 mark would. Maybe Gerschler was onto something quite revolutionary as Coe senior and Horwill were, 40 odd years later?

At the heart of Horwill’s philosophy, espoused in Obsession For Running (1991) was his conviction in the utilisation of a 5 paced system. Within a specified microcycle of training, athletes were to run the following:

The multi-tier system included 400m, 800m, 1500m, 3000m and 5000m paced sessions and in the words of Peter Coe, “Designed to prevent developing the kind of athlete that is locked into one pace”. At certain points of the periodisation cycle Seb would effect pyramid sessions which utilise a multi-pace ethos within one single session itself, whereas in the competition phase of the macrocyle of training, he would focus far more on sessions which engendered race pace specificity.

Influence on generations of coaches

In the decades since the late Horwill first espoused the benefits of this approach, his methodology has been praised by other prominent coaches, one of whom is the much loved Bud Baldaro, who was himself a recipient of the BMC’s Lifetime Services to Coaching Award several years ago.

The Head of Endurance at Birmingham University AC has said, “The Five tier system is potentially a superb vehicle to use. It’s vital to stay in contact with speed all year round”. When I interviewed Seb himself last year, he was at pains to stress to athletes, “Don’t do anything you can’t measure. Make every session that you do count- even your recovery runs. Never do sessions just as ‘fillers’”.

So take a look back in time on You Tube at those grainy images from 10th June 1981, whose conclusion is reached with an overwhelmed David Coleman continuing to wax lyrical- “And Coe we believe has just run himself once more into the pages of athletics history”. The man who will be remembered by many of you as he who secured us the London 2012 Games has left both an Olympic legacy in Strafford but perhaps more subliminally a coach education legacy for those of you striving once again to make Britain Great over two laps of the track. .

1. Why might a 7 day microcyle be inappropriate for my own needs in order to fit in a full and healthy diet of training?
2. How do I attempt to engender race pace specificity for my event?
3. What under distance and over distance work do I do either side of my race pace?

Matt Long is a former winner of the BMC Horwill Award for Coach Education and the author of more than 250 coaching articles.