Maurten: is this energy drink the future? 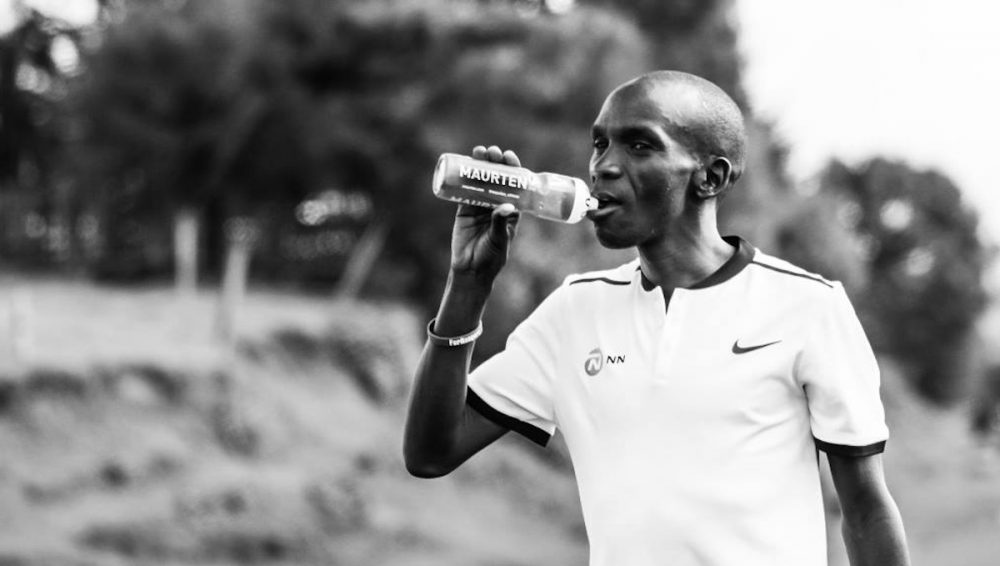 It is “sports fuel reinvented” but just what is so special about the new Maurten energy drink and does it live up to the hype?

As an ultra runner and an international 24hr racer, food and fueling correctly are of vital importance, so I felt it a duty to investigate the Breaking2 sports drink.

At face value, it’s just another powdered energy drink that you add to water, but with London Marathon bound Eliud Kipchoge chugging it on his way around Monza in Nike’s sub 2-hour marathon project it makes you wonder, is there more to it.

Wilson Kipsang, the Robertson twins, Galen Rupp, Kenenisa Bekele and Mo Farah – the list goes on of the elite endurance runners turning to it.

The stats are interesting too. The drink comes in a 160 and a 320 mix, the former a lighter version but both pack a punch in terms of carbs. The 320 version is intended to be mixed with 500ml of water and has an astounding 78 grams of carbs to each 80g sachet. Nigh on pure carbs.

The body assimilates different sources of carbohydrates slightly differently. With that in mind Maurten has a mix of maltodextrin and fructose. Just the right balance to avoid overloading the gut.

The hydrogel technology apparently encapsulates the carbohydrates making it easier for the body to transport the fuel source to the intestine for absorption. Maurten has worked with universities such as Brighton, Cape Town and Gothenburg to bring this all together.

Yet what does all this science mean to your average runner? Or even a really good runner who isn’t quite Kipchoge standard. Fortunately the product was sent over before the World 24hr Championships last year (that I was competing in) for testing – and tested it was.

Over races ranging from 90 minutes to three hours, with long training runs too, the wonder fuel was my main source of carbs. The personal results were great. No energy bonks, no stomach issues and as long as I wasn’t having to mix it on the go, an easy way to keep the fire burning. The taste is pretty simple too.

I was so impressed with it, I even went and purchased some more myself. One complaint has been the price, at about £3.00 for a 320 sachet, it does seem expensive. Yet when you compare it to the price of a gel (a 320 is worth about 2-3 gels) it’s really quite reasonable.

More expensive than jelly babies, sure, but not crazy money.

So came further tests, with five-hour and seven-hour races coming up with satisfactory results. Energy levels at the end of both of these were great – partly down to some fine pacing too – but also because of a good fuel source. It wasn’t the only fuel source, both races were uncrewed so checkpoints were used too.

Each time three full 500ml bottles of the 320 mix were taken from the start of the event. Two were used over the first two hours and then one saved for later in the race, mixed with fruit, sweets and coca-cola from checkpoints. Maybe a bit of chocolate too.

If there had been a looped course or an option of crew/drop bag then I would certainly have considered taking more on during the event. Logistically less was the best option. For a marathon distance you could certainly carry enough or have it handed to you half way to run a good race.

Variety is the spice of life

As an ultra runner I do try not to rely on one fuel source throughout. I mix it up for a different palate and also for the mind as it makes the constant eating easier to cope with. But others do purely stick to liquid fuel like Tailwind or Mountain Fuel. Each to their own.

One of the biggest technological advantages we have seen improve marathon times isn’t arm sleeves or faster haircuts, but fuelling. In the past athletes ran until empty and hoped to make it to the finish line. But we know our glycogen stores need replenishing before that, so why take the risk?

Personally Maurten had been a good experiment so far. The testing will continue and real food will always play a part. Yet if GI troubles or bonking are causing problems in your races then it comes with a 24hr runner’s recommendation.