Is hyper-hydration the answer to racing in the heat? 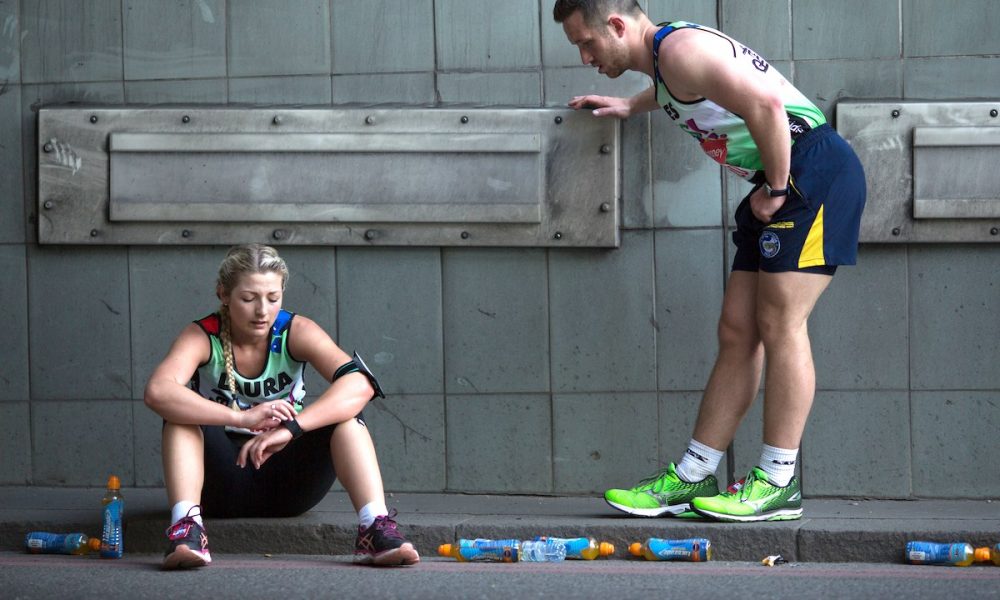 Everyone knows the importance of being well hydrated but should you get ‘hyper-hydrated’ before a race?

Recent research from the Federal University of Sergipe, Brazil, looked into hyper-hydration strategies. This is where you essentially pre-load water before a race so there is less risk of dehydration during the event.

To do this you have to increase the electrolyte levels in your water, rather than just drinking a huge amount. This would just increase your visits to the toilet and potentially put you at risk of hyponatremia.

The researchers actually added a huge amount of sodium to the water the athletes were drinking. Solutions of 2400mg/l (not too dissimilar to a saline drip) or just plain water were given to the athletes to drink as they desired the day before their testing.

Their findings were interesting

Whilst one might expect performance to be improved by greater hydration at the start, for 10km no performance benefits were noted in the study. Over this distance, dehydration may not be a huge performance factor. The additional water weight carried may have led to a zero-sum gain.

They have hypothesised that over a longer distance, where dehydration might be a bigger issue, the results could have been different. Other studies in cycling, however, have shown some benefit in shorter races, in warm or hot conditions.

We spoke to Andy Blow of Precision Hydration about the study and it is something they monitor closely. “The added sodium in hyper-hydration drinks is what allows your body to pull more water into the bloodstream and hold it there,” said the hydration expert.

“The problem with concentrations as high as 2400mg/l a drink is that it can cause real GI troubles in some athletes.

“We tend to recommend lower concentrations like our 1500mg/l products. The aim is to get people amply hydrated for their event, not always significantly hyper-hydrated.”

There was a study into electrolyte concentrations that looked at effects of drinks containing plain water, 1,380mg/l, 2,750mg/l and 3,680mg/l of Sodium. The higher the concentration the better the hydration of the subjects, but the two higher concentrations caused more issues with diarrhoea. Hence PH going with 1500mg for their highest concentration.

Especially in an unusually hot summer such as 2018, many people are partially dehydrated on a regular basis. We’re not as physiologically adapted to the heat and not accustomed to rehydrating properly after exercise. It can take the body 24-48 hours to reach an equilibrium after a heavy workout the heat.

A study in 2017 showed that as many as a third of runners turned up to competition dehydrated. Then other studies showed that many also turned up hyponatremic. University and club athletes had drunk large quantities of water to avoid dehydration but forgot to add electrolytes.

Adding electrolytes to your water can help your body with absorption and you’re less likely to be exercising the next day in a dehydrated state.

Hydration before, not just during races

“When people talk about hydration, most of the time it’s about what and how much athletes should drink during exercise,” said Blow, raising another interesting point. “Performance is also massively influenced by hydration at the start line.

“When you’re racing in a hot environment you’re generally fighting a losing battle with water and electrolytes. So you may as well give yourself the best chance by pre-loading, as you would with carbohydrates.”

The day before an athlete shouldn’t take on huge amounts more than usual. Ensuring a significant sodium concentration in the fluids you drink will mean that your body will absorb more of that water.

It’s something to consider if you’re an athlete running twice a day too. Taking even a small level of dehydration into your second session can affect performance. So considering your hydration levels can make a big difference on a daily basis too.

So the study that prompted this article did find an improvement in hydration levels over a 10km trial. But, interestingly, not performance levels. If you’re expecting to run in an extremely hot environment or are a particularly prolific sweater then there is still a good chance it will make a difference.

The study also showed there was less need for water taken on board during the race. If you knew your race didn’t have water stations then it might lead to more benefits of hyper-hydration.

Then if your race is longer the benefits start to increase. For a marathon or an ultra, especially hot conditions, there could be large benefits.

Really many of us should focus on being amply hydrated, rather than hyper-hydrated, to start. As Blow pointed out, just getting to the start line in a healthy state should be your first aim. As with all of the marginal gains, start simple before worrying about the little things.

RELATED: Will salt improve your performance?

What to do when your race goes to s**t
Is there a perfect way to train as a runner?