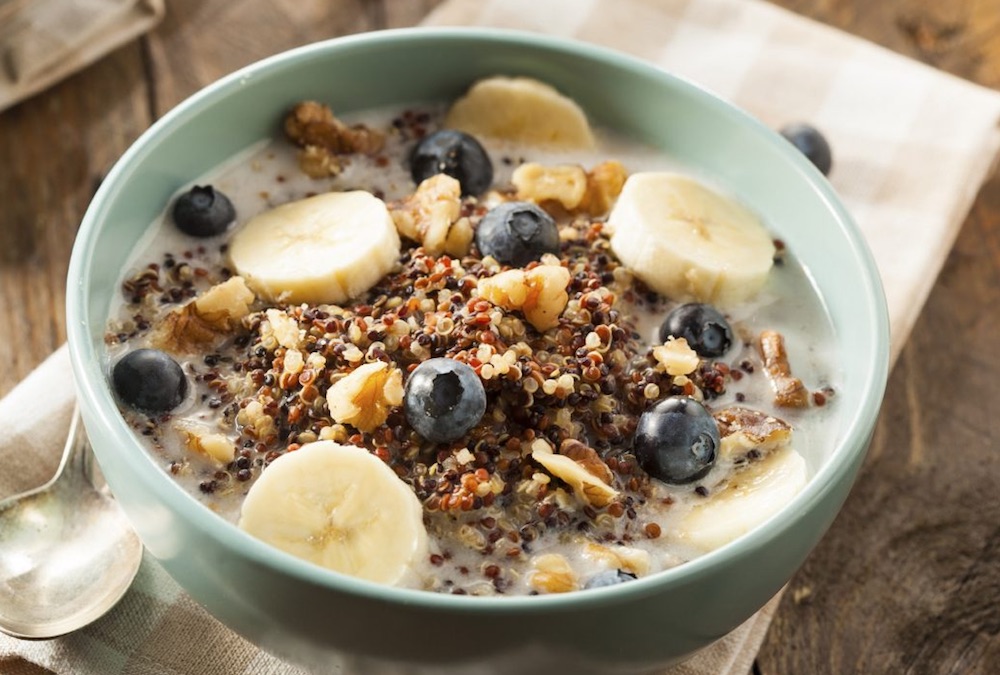 Porridge, is a fantastic source of slow-releasing carbohydrates and has long been the go to breakfast or snack for runners.

Runners have a tendency to stick with the tried and tested once they find what works. With porridge this usually means adding at most a sliced banana or dribble of honey, which is a bit of a dull affair really.

However, that doesn’t have to be the case and porridge can be experimented with in a variety of ways. Here are four ways to mix it up with the runner’s favourite food.

Let your creative juices flow with toppings, the more the better. Try adding seasonal fresh fruit, berries or jam to add sweetness, while seeds, nuts or any nut butter will supply a bit of crunch.

Porridge is a dish that’s great for experimenting with to discover new flavours. Try mixing it with other grains at at 3:1 ratio. For example porridge oats to flaked grains such as quinoa, amaranth, or buckwheat creates a deep nutty flavour.

Porridge is usually eaten warm, but it needn’t be confined to that. Soak the grains, water and fruit overnight in the fridge. Come the morning you will have a cooling porridge-like mixture to which you can add you favourite toppings.

Also have a look at this simple porridge recipe called the runner’s breakfast.

Can superfood beetroot improve running performance?
The health benefits of berries and antioxidants