Will salt improve your performance? 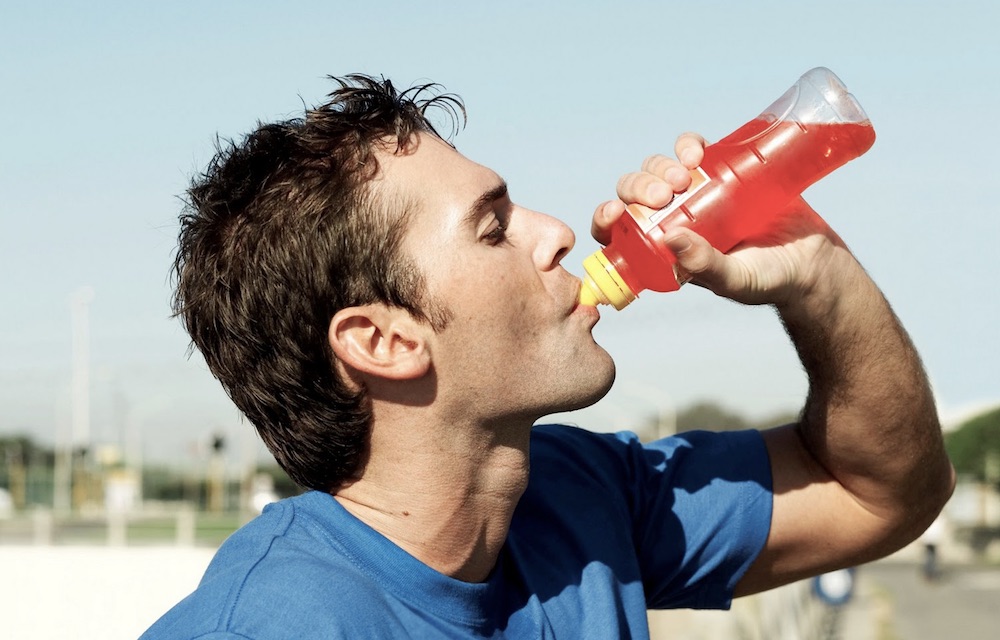 Most runners should know what works for them when it comes to hydration and fuelling on a run, but one thing that is often overlooked is the intake of salt, or sodium to be precise.

Before examining sodium intake, lets first discuss electrolytes. While most understand the importance of taking on electrolytes, there seems to be little understanding of the actual role, purpose and importance. Electrolytes are chemicals that form ions in body fluids and their role is to help ensure specific bodily functions run at optimal levels.

While running the key role of fluid intake is that it maintains: hydration, thermoregulation (body temperature) and adequate plasma (blood) volume.

Looking at hydration, numerous scientific studies agree that performance can be impaired when athletes are dehydrated. This is particularly true in endurance events, such as a marathon, and the studies also concur that adequate fluid intake should happen before, during and after endurance events.

Ensuring that plasma volume and thermoregulation stay within an optimal range also has a direct impact on performance. When core body temperature rises, due to dehydration, plasma volume decreases, resulting in an increased heart rate, which accelerates fatigue.

Just a 1% reduction in body weight through fluid losses can contribute to these negative physiological effects. In addition, dehydration has a marked effect on cognitive function, resulting in your inability to make decisions.

Whilst most runners are very conscientious about meeting their fluid intake, what they may not be aware of is the role of sodium. Sodium encourages and increases the absorption of fluid into the body, helping to maintain hydration.

How much sodium is adequate?
Most runners will sweat between 400-2400 ml per hour of exercise, with the average value being around 1200 ml per hour, although this will vary with age, sex, weight, the intensity of training and also the environmental temperature. These sweat losses are predominantly water but the main electrolyte lost is sodium.

The sodium content of sweat varies substantially from 115 to greater than 2000 mg per 1000 ml of sweat. A runner who is a “salty sweater” (i.e. has a high amount of sodium in their sweat) may lose well in excess of the recommended intake.

It is obvious, then, that in endurance events and training, sodium losses may be very high. In temperatures of 20 Celsius, if a runner loses 1200ml of sweat in an hour and 900mg of sodium/L, then in a race lasting three hours, their fluid losses will be in the region of 3600ml and their sodium requirements 2700mg. Therefore, they will require 1233mg of sodium per hour.

Most electrolyte tablets, salt capsules or energy drinks will only provide around 250-300mg of sodium. If you are diluting your electrolytes into 750ml, this will mean having to consume in the region of 2250ml of fluid per hour to meet your sodium needs, which is – practically – very difficult, both from a consumption and transportation point of view.

Is it any wonder, then, why so many runners complain of the common symptoms associated with low sodium intakes and dehydration?

Indeed, the biggest cause of stomach issues during runs is related to sodium imbalance and not to the sports nutrition gel or bar that most runners blame.

If your body is dehydrated, and you are consuming glucose, this will become highly concentrated within the gut. As blood flow is being directed away from the stomach to the working muscles, it cannot absorb this quick enough, resulting in stomach upsets.

As a rule of thumb, I generally suggest endurance runners need to take around 700-900mg of sodium an hour during longer training and competition. This can be a mix of salt tablets, electrolytes, energy drinks and even food.

Sodium balance and staying hydrated is not just confined to during running, it is equally important to think about it leading up to an event and post race. I recommend that individuals start drinking electrolytes in the 24 hours prior to race day and post-race restoring fluid losses is critical to replenish glycogen stores.

Being dehydrated will delay this process significantly and thus also affect how quickly you recover. One of the best sources of post-race recovery is milk, as it provides hydration, carbohydrate, protein and also electrolytes in the correct balance for your body to absorb.

Sugar for Runners: Good or Bad?
Does a vegan diet affect your running performance?