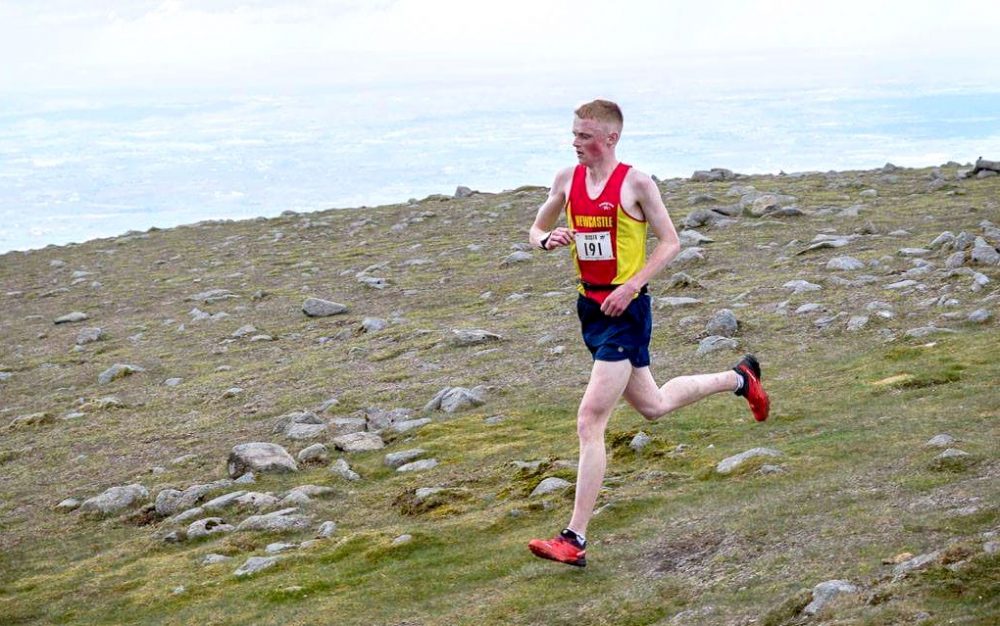 Zak Hanna has been on the Northern Ireland running scene a relatively short time, but has already experienced great success and displays infectious enthusiasm about the discipline.

Despite having only seriously taken up running at the very end of 2015, the 22-year-old has already represented Ireland at the World Mountain Running Championships twice (72nd in Bulgaria, 2016 and 53rd in Italy 2017) and once at the European Mountain Running Championships (53rd Slovenia, 2017). In his own words: “Becoming world champion is the dream that I hope to make come true someday.”

So, how did this slightly built (1.80m and 53kg) young man from the slopes of Slieve Croob (County Down) get from starting running, to becoming an international mountain runner a few months later? An advantage of living in the rarefied air? Something in the local water?

There is a much simpler explanation. Hanna did not spend the first twenty years of his life sitting on his backside, eating sweets and playing computer games.

He was a cyclist for eleven years; road racing, mountain biking and even cyclocross. He was on the podium a few times at youth and junior level, but then came a plateau and Hanna felt he was putting in an awful lot of hard work for little in return and no longer felt competitive.

Not forgetting he was still only aged 20 at the time, it was a bold choice to leave a sport he had been involved in for the best part of his life and look for a new challenge. He decided to test the water with running, and after taking part in an annual race organised by Newcastle AC that was it.

“Running just seemed to be a natural progression from cycling and it’s a decision I don’t look back on with any regrets,” he says, now a member of Newcastle AC. The years spent building up a fantastic endurance base on his bikes, certainly seems to have provided a perfect launch pad for a running career.

When asked about his favourite local races, Hanna immediately mentions the Slieve Donard Classic which he won in 2017 after finishing third the previous year.

Slieve Donard is Northern Ireland’s highest mountain at roughly 850m. He also has a soft spot for the Binnian To The Top race (part of the increasingly popular Hill and Dale series that takes place in the Mourne Mountains each year from April to June). “It’s a brilliant uphill only race with nearly 2,000ft [747m] of climbing in just under two miles,” says the winner of the race 2017.

Hanna is a mountain man at heart, he feels that its the most natural terrain for him to run on. He loves reaching the top of a peak, and the sensation of speed on a descent.

“The views you can get are amazing, and I have easy access to them as I live on the side of a mountain,” he says. “And the Mournes are only a fifteen-minute drive from my house.” 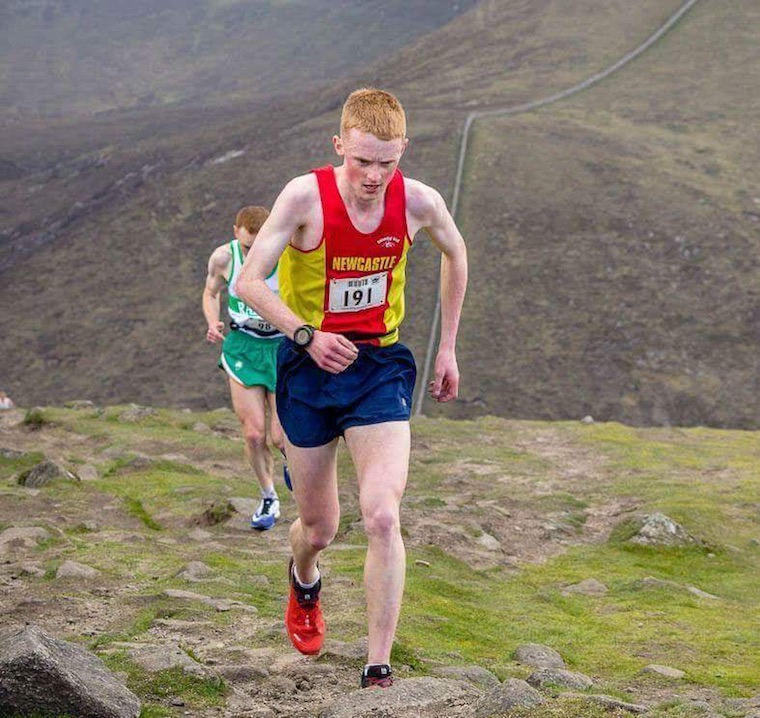 He is also keen to point out the relaxed, friendly atmosphere at mountain races and the social aspect. Many of the races are around £8 to enter, superb value for money considering the effort that goes into setting up (and dismantling) the courses. Hanna can be found training specifically in the mountains up to three or four times a week, but due to his location, even his recovery runs can involve hills.

His second favourite form of racing is cross country. And no surprises, the muddier the course, the better! Despite not being the biggest fan of the roads and the track, Hanna still makes the odd appearance. He ran a mile and a 3000m on the track this year, finished second in the Armagh 3K road race – part of the popular Armagh 5K event, and was part of Newcastle AC’s winning NI Road Relay Championship team.

“My coach Richard Rodgers knows what is needed to be competitive in the mountains and with a mix of flat and hilly running, it can help me become a better runner overall. He has brought me on leaps and bounds since I started with him a year ago,” he says of his Newcastle AC coach – a former international mountain runner himself, as well as coach to Irish Olympian Kerry O’Flaherty.

And if Hanna could invite any athlete round for dinner? The likes of Usain Bolt would have to go hungry.

“It would have to be John Lenihan, who is Ireland’s only World Mountain Running Champion,” he joyfully adds. “I have read his book five times – it’s inspiring that a farmer from the Kerry mountains was able to be the best in the world in the sport I love.”

Wisdom from Africa: celebrating more than a race win
Hugh Armstrong: flying the flag for Connacht