Verity Ockenden is back stronger than ever 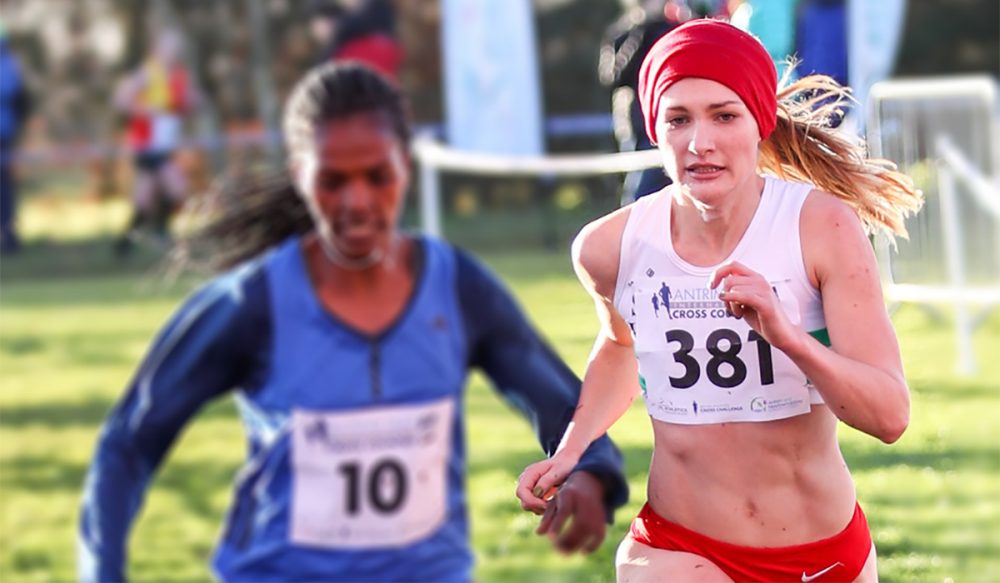 A freak accident may have curtailed the endurance runner’s season but she’s made an impressive comeback to earn a British vest for the Euro Cross.

When the 27 year-old athlete laces up her spikes ahead of her race in Tilburg this Sunday (December 9), it will only be her fourth race back since returning from injury.

While Ockenden is raring to go in her first outing for GB outside the British Isles, she is also relieved to be back on form after a difficult year.

“Because I had mentally prepared myself for it to be a much longer road back to fitness, it has been an incredible confidence boost to come back even stronger off less training,” she explains. “I thought it would be more difficult to achieve my goals this winter after the setbacks I’ve had.”

The setbacks she’s referring to were complex, putting her out of action from March until October. This followed her most successful period of racing to date.

“The summer’s injury was a messy one,” she reveals. “I was cross-training for what I thought was ‘mere’ shin-splints when I crashed my bike. I trapped the bad leg between the bike and the road, which led to a haematoma in the same place.

“This made it difficult to distinguish the source of the pain I was getting in my shin while running. (Ockenden continued to train on her doctor’s advice, masking the pain with ibuprofen).

“That meant it took a long time for me to realise I’d actually been nursing a stress fracture even before the crash. When I discovered that if it had been just a haematoma it would be improving not worsening, it was sickening.

“However, by the time an MRI confirmed it, I’d accepted that, whatever the injury, I just needed a month off, and was already well into the healing process.” Dealing with the mental side of an injury lay off

That healing process may have been underway physically, but how did the 15:46.11 5000m British Championships fourth placer in 2017 cope with the mental side of an injury lay off?

“I really missed the people above all else, so I made sure to still hang out at the track and spectate a few races to combat that,” she says. “On the flip side, there’s nothing that beats the solitude of a good, wild long run. That will always be an irreplaceable part of my routine.

“One of the best things my coach (Tony Houchin, Ockenden’s American coach from her time at Lamar University) has taught me is how to chill. Emotional stress doesn’t help the body, so being calm and positive was as fundamental to me for healing as physically resting and icing was.

“People often view injury as a setback, forgetting that so much of running is about your mental game, which you can still work on when you can’t run.

“If you can be positive and calm when things are not working out, imagine what you can do when they are.”

Despite cross training being one of the causes of her elongated period on the sidelines, she had no choice but to return to the bike to keep fit in the interim period.

Ockenden jokes that, while she completed two bike sessions a day most days, the circumstances were rather different following her accident!

“That bike was indoor, stable, nailed to the floor, with me holding on for dear life,” she laughs. “I also cross-trained in the pool aqua-jogging, and was careful to take frequent recovery days to allow my body to focus on healing.

“My physiotherapist (and sponsor) Kyle Pepperman-Hackett at Hackett Massage Therapy put together detailed rehabilitation exercises, taking the ‘dead time’ as an opportunity to build on a few other weaknesses we were aware of.”

While Ockenden’s stress fracture may sound like an all too familiar issue in athletics, she is keen to stress that hers wasn’t caused by under-fuelling.

“I haven’t had my bone density checked as we’re confident that this was not to do with RED-S as it is in many cases,” she reveals.

“It does go to show though, that if somebody like me – who is constantly described as ‘strong’ and by some of the more thoughtless spectators ‘fat’ – can still get a stress fracture while fuelling well, imagine how easy it is to get one when you’re not.”

Training with the City of Salisbury ARC

Luckily, the Dorset-based talent is surrounded by supportive athletes and a club that has embraced her with open arms, despite her competing for Swansea Harriers. Ockenden still trains with the City of Salisbury ARC, and has recently moved closer to the city to allow her to recover better between sessions by reducing the commute between work and training.

“We were reluctant to over-analyse, but Tony and I both concluded that the biggest factor in getting injured was not over-training but under-recovering,” she says insightfully.

Travelling less and training more effectively with a supportive group is clearly having a very positive effect for the Tilburg-bound ace.

“I’m still training with the same great group of guys at Salisbury as before,” she explains. “They were absolutely brilliant at keeping me involved, motivated and positive during my lay-off. Now that I’m back we’ve got some new recruits who are pushing me harder than ever!”

As she puts in the final touches to her European cross country championships taper, Ockenden is well aware that she’s not alone in making an impressive comeback.

Charlotte won the trials at the Liverpool Cross Challenge event last month after overcoming an ankle injury, which put her out of the European Athletics Championships in Berlin in the summer.

Kate Avery was fifth at the trials, and has herself made a thrilling return to form following a long period on the competitive sidelines, as has Jess Piasecki.

Acknowledging her Tilburg team mates have all fought their own battles to make the GB squad, she adds: “Many members of the team are blazing inspirational comeback trails themselves!

“Therefore I’d imagine I’m not the only one who will be cherishing this opportunity all the more because of the journey it’s been to arrive here.

“That said, I’m feeling strangely relaxed. I’ve already done all the hard work, so I’m really enjoying the process of freshening up this week, which I don’t often do for a race.” The 9:14 3k athlete – who ran her PB to finish fourth at this year’s Antrim International – is also a talented writer. Alas, she says that, because her poetry writing goes hand in hand with her running, when injury struck she was also hit with writer’s block.

Inspired to read instead of write, Ockenden used her time out to build a network of creative athletes, with whom she hopes to perform with and publish works alongside in 2019.

She did, however, write one poem while she was injured, ‘as motivation to stay patient’.

Ockenden adds: “I think it’s just as relevant now that the summer’s patience has paid off. I can apply the same patience under different circumstances as I play the waiting game of tapering for the Euros.”

Below is an example of Verity’s poetic talent, some more of which has been published in a collection of works entitled ‘We Run Through The Dark Together: A Mental Health Anthology’.

“Oh sparrow heart, you beat so fast,
Nose pressed hard to the hourglass,
Full as a desert and slow as a snake,
Lulled by the sun and barely awake,
You’re waiting for a shifting breeze,
Waiting for the changing leaves,
To feel your pulse bring tsunamis,
Another dawn, a day to seize”