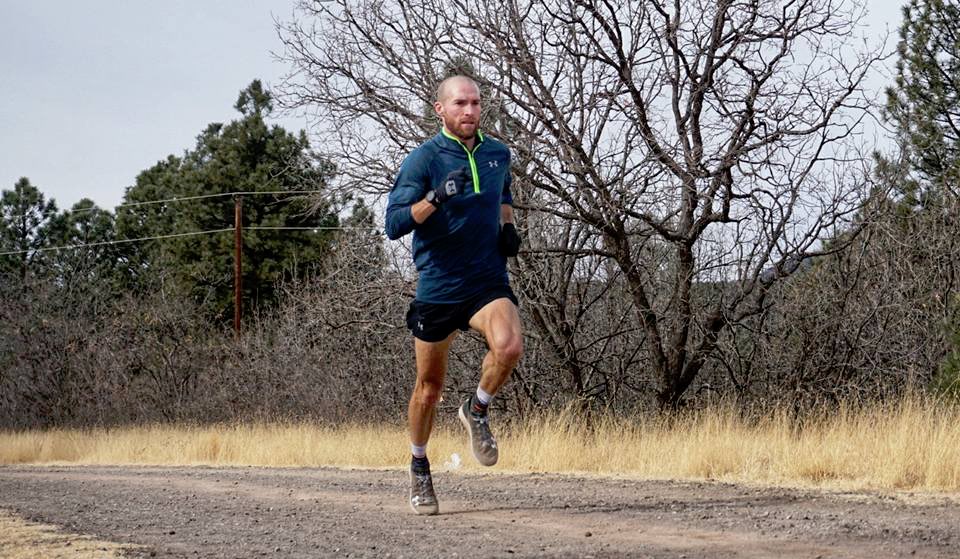 Stephen Scullion who made a big breakthrough at the Houston Half Marathon on Sunday (January 14), says a love for running and a “responsibility to show that Irish athletes can run fast times” are central to his comeback, after a career of highs and lows.

The Northern Irishman’s time of 63:16 was a 90-second improvement on his 2013 PB and one of the quickest by an Irish athlete in recent years. It’s well inside the qualification mark for the World Half Marathon Championships and Scullion will now target Valencia in March.

So why did Houston go so well and what has made the difference the 29-year-old Belfast native?

From speaking to Scullion, who ran 2:17:59 at the London Marathon last year, it’s clear that training stateside in Flagstaff, Arizona, high up at altitude, has been key.

“Flagstaff is like a second home to me since coming out here with Scott Overall last March it’s been a whole new level,” explains Scullion. “The level is the US right now is so high, my 63:16 wouldn’t even register on the national scale here, I was 29th at Houston, but for an Irish runner it’s a great run.

“The post-collegiate groups allow runners to train to their potential and they’re just more relaxed about it all.

“It’s not even runners going out smashing every run or working really hard until they’re sick in their workouts, but a relaxed attitude to consistent 100-mile weeks, up at 7,000ft, with good sessions mixed in.”

It was training with runners like miler Ben Blankenship that has raised Scullion’s perceptions of what can be done. “Ben’s a great runner, but he was running better tempo runs than me and I’m a distance man, it showed me that I could be training better”.

The US collegiate system is churning out quality athletes, milers, middle distance and marathon guys that would be top notch in the UK and Ireland, but barely make the grade in the US. Being around athletes of this level is great for any runner and Scullion is no different.

While every man or woman forges there own path in life, those around you can also have a big impact. Scullion who been known to enjoy the party lifestyle when in London or Belfast is all too aware of this.

“All my friends, going out on a Friday or Saturday night is just what you do to socialise and it is something that I enjoy,” he says. “One of Flagstaff’s benefits is that it removes that temptation, the distraction of a few beers or a night in a club.”

After working extremely hard is 2017 to regain fitness and get into marathon shape he was somewhat disappointed with his showing at the Dublin Marathon in October and old habits reappeared.

“I spent a couple of weeks going out partying, but still ran 70-80 miles a week and thought I could do well at the Irish National Cross Country Championships four weeks after Dublin,” says Scullion, who ran 2:19.44 that day in Dublin.

“It was a wake-up call. I knew I was fit, but I also knew I hadn’t done the hard work that everyone else had done. It doesn’t feel right to get to the start line without the sacrifice beforehand, but a bad performance can be a big motivator too.”

So later that month, Scullion packed his bags for the US, and with support from friends was able to spend Christmas and New Year laying down 100-mile weeks at 7,000ft and “start 2018 in the fittest shape of his life” chasing a new temptation.

“Everyone waits until 1st January for the New Year, new me approach, but I wanted to be ahead of that, I wanted to hit 2018 running,” he says. “It was the little things that I was getting right in Flagstaff this time, getting my naps in, using the Normatec for recovery, eating well, self-massage and just doing the hard work.” 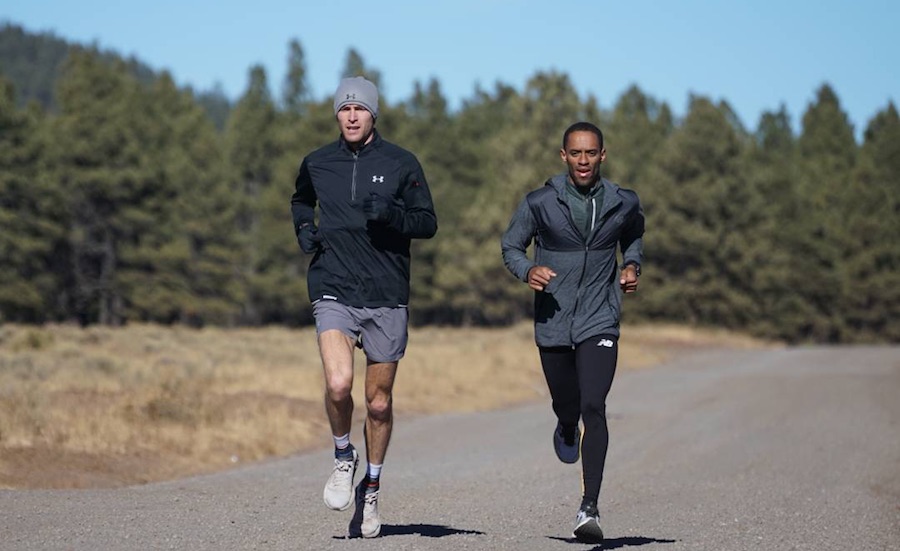 Inspiration has come from groups like the Bowerman Track Club, who spend eight months or more at altitude and in training camps. Scullion is a big fan of training camps and getting in the right environment to produce the results.

It was in Portugal at the beginning of 2017 that this writer met Scullion on one such training camp, an amicable chap who didn’t look quite as fast as he said he was until he got onto the track. My session was something like 10 x 400 and his was 8 x 1k at a not too dissimilar pace. He had big plans for London, not that far away.

“I knew I could get in shape for London,” he explains, after coming back from an eight-month hiatus – one of Scullion’s several retirements. “Because I’ve done it before, my body can take the jump back up to mileage and physiologically I know I have the ability.”

So what is it that makes this Northern Irishman so fast, even with a career interrupted by partying, retirements and even a smoking hobby in 2016? One of the most overlooked differences between elite, sub-elite and recreational runners is running economy and Scullion has it by the bucket load.

“We had tests down at St. Mary’s physiology lab and it was one of the lowest running economies they had tested,” he proudly says. “They’ve tested some fantastic athletes at St. Mary’s and still mine was right at the top end.”

With a career of highs and lows, what keeps Scullion coming back to running is a love for the sport.

“I start to miss it, I love to train. Also, I feel a responsibility to show that Irish athletes can run fast times” he says. “I have so much respect for Paul Pollock, he trains hard and is an aggressive, yet smart racer and we need more Irish athletes believing that can do great things.”

When Scullion starts to talk about his real ambitions being two or three, even four years into the future you feel he’s grasping, yet enjoying, the hard work, dedication and patience that comes into being a great 26.2 miler.

“I spoke to Dewi [Griffiths] after the Great North Run – and two years ago he was an equal peer when it came to running 10k, but hard work and consistency has got him that fantastic time in Frankfurt [Marathon, this year]. So that proves that you’ve just got to stick at it,” he says, referring to the 2:09 marathon debutant.

“Anyone can nail a tempo run, but you’ve not earned anything at the end of one hard session. People are too quick to reward themselves for working hard one day and forget that it’s a sum of all the parts, that produce great performances on race day”.

So with the World Half Marathon Champs in Valencia, can Scullion go faster?

“I think I can run 62 minutes something soon, I felt so in control in Houston [dipping under four-minute miling to finish is certainly in control] and it wasn’t just my fitness that has improved,” he says. “I’ve learnt from little things like travelling too late to races.

“This time in the build-up I set my alarm 30 minutes earlier each day of the week before so the early start in Houston wasn’t a shock to the system.”

It’s refreshing to chat with an athlete who was almost forgotten, made a return and after a glimpse of success wants to get the absolute best from himself.

Scullion knows there is a lot of work ahead and he relishes the thought of it, but also understands there is immense satisfaction in working towards a long-term goal and inspiring others along the way.

If you want to see the hard work in action, check on Stephen on Strava, but remember, that’s only part of the picture.