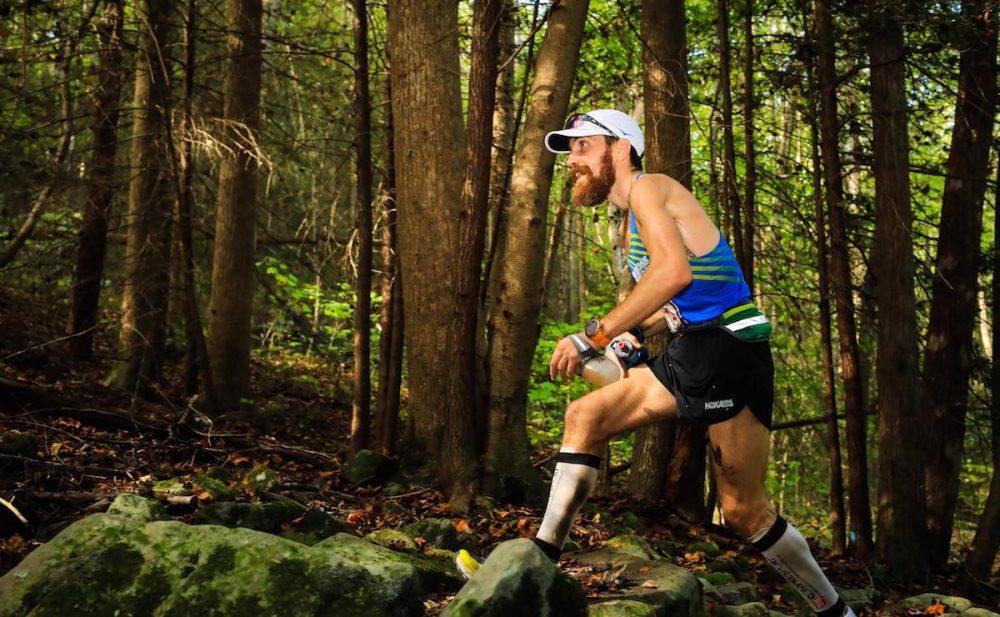 People often associate 100 mile running with going slowly, over mountains or with navigation, but there are a bunch of people who also like to run 100 miles fast.

Over the next few weeks Fast Running will look at ‘Fast 100 Mile Runners’ – discussing what drives someone to run 100 miles, how they train, why are more and why more people take up the challenge of running the distance in one go.

The series kicked off with Camille Herron and her 100-mile world record, and next up is Patrick Reagan, a native of Southwestern Pennsylvania who currently resides in Savannah, Georgia.

At the recent Javelina Jundred, a trail 100 miler in McDowell Mountain Regional Park in the warm state of Arizona, Reagan raced away for the win in a quick time of 13:01:14. He finished ahead of US 100 mile record holder Zach Bitter who ran 13:52.

“It is a bit more controlled than 50-mile racing, which can be a bit of a rush, on the razor’s edge,” he says describing the more ‘relaxed nature’ of 100-mile racing. “I was able to focus on thermo-regulation, my nutrition, my pacing, without having to push the gas the whole way, as it feels over the 50-100k distances.

“My pace when racing was very similar to a lot of my training pace. I didn’t have to force the pace, except a little bit of the first loop when Brendan [Davies, Australian International] and Zach [Bittter, US 100 mile record holder] set off quickly I had to keep them in sight. It was a little uncomfortable, but I marked them from 6th/7th, then 4th/5th. 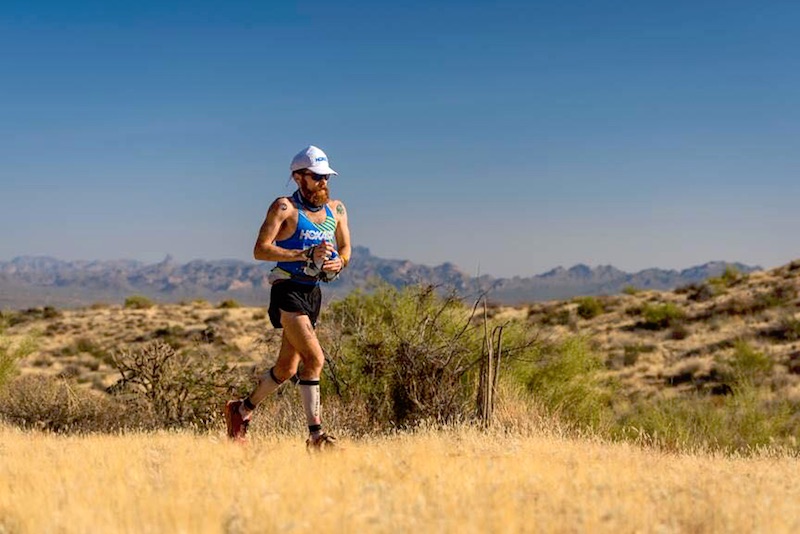 “After lap one, it eased down to a more comfortable pace and I ran my own race. We were always getting updates on second place because of the looped course. When running with my pacer at 80 miles it was more about watching out for rattlesnakes and any big problems, than pushing the pace.

“We discussed pushing hard for under 13 hours and knew it was going to be close, but the win was the most important thing so it was a controlled finish.”

In terms of the course, he adds: “there was a chance to check in with my crew every 30km and there were checkpoints less than 10km each time.” At these checkpoints, the food Reagan fuelled on reads something like a children’s birthday party and included, but not limited to: pumpkin pie, cookies, Oreos, M&M’s, ginger snaps, crystallized ginger, bananas, oranges, watermelon, Nutella and a whole host of savoury snacks and real foods too.

There was, of course, the more accustomed energy gels, liquid food and Gu Chews, all made by his sponsor Gu Energy Lab.

With previous stellar performances at the 2016 World 100km Champs (3rd in 6:32:45), sub 6 hours at Comrades Ultra marathon 2017 and a second place finish at the UltraVasan 90km in Sweden this Summer, the 30-year-old felt that: “the 100 mile distance would be a really good fit, the longer the race gets the more I seem to run well.”

When it comes to training he is an advocate of training to your heart rate, but Reagan does without the monitor when racing: “It’s how I usually train, but I didn’t wear the HR monitor in the 100-mile race.”

The first part of Reagan’s year was all geared towards the Comrades Ultra marathon, a 56-mile road race in South Africa that is possibly the most competitive ultra on the planet.

After initially acquiring training more on the roads for the Comrades, the Pennsylvania native says he “stuck mostly to singles and heart rate work in the build-up to the 100 miler [with a successful trip to Sweden for the UltraVasan in the middle]. There was plenty of easy mileage, regular long runs and up to 120 miles a week.” Singles refer to just one run a day, rather than two smaller runs of the same distance, that is popular in endurance running for recovery.

Within this training, there were long tempo efforts at 50k pace and aerobic threshold, which is a lot faster than 100-mile pace for someone as quick as Reagan, who has personal bests of 64:29 for a half marathon and 29:51 for 10k, as well as his 2:20 marathon. 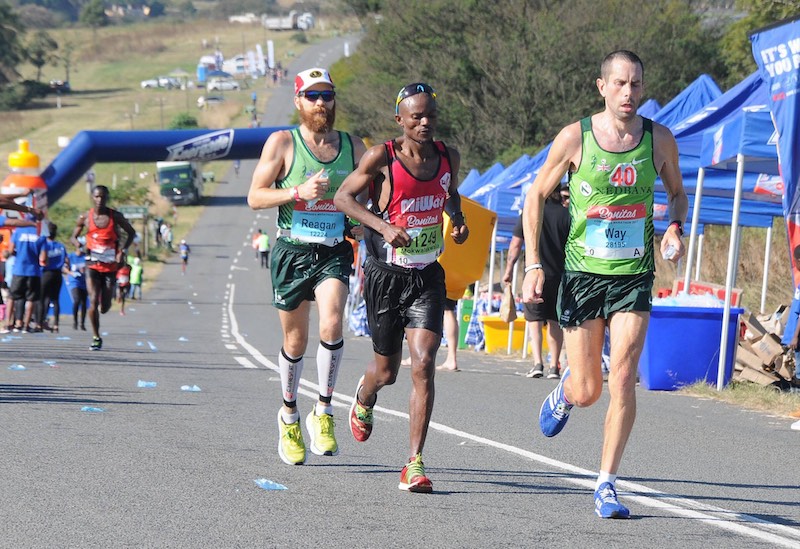 In the UK you might not see someone of this calibre commit to ultra running – Reagan’s friend Steve Way (above) is one exception though. However in the US with the collegiate athletics system producing a huge amount of excellent distance runners, ultra running is seeing it’s fair share of speed.

In the 80’s the UK produced faster 100k and 100-mile times, and this comes down to the level of marathon runner stepping up to the ultra distances. One such fast marathoner who made the step up was sub 2:20 man Don Ritchie – who has held the 100k world record for 37 years.