No fear: Interview with Eilish McColgan 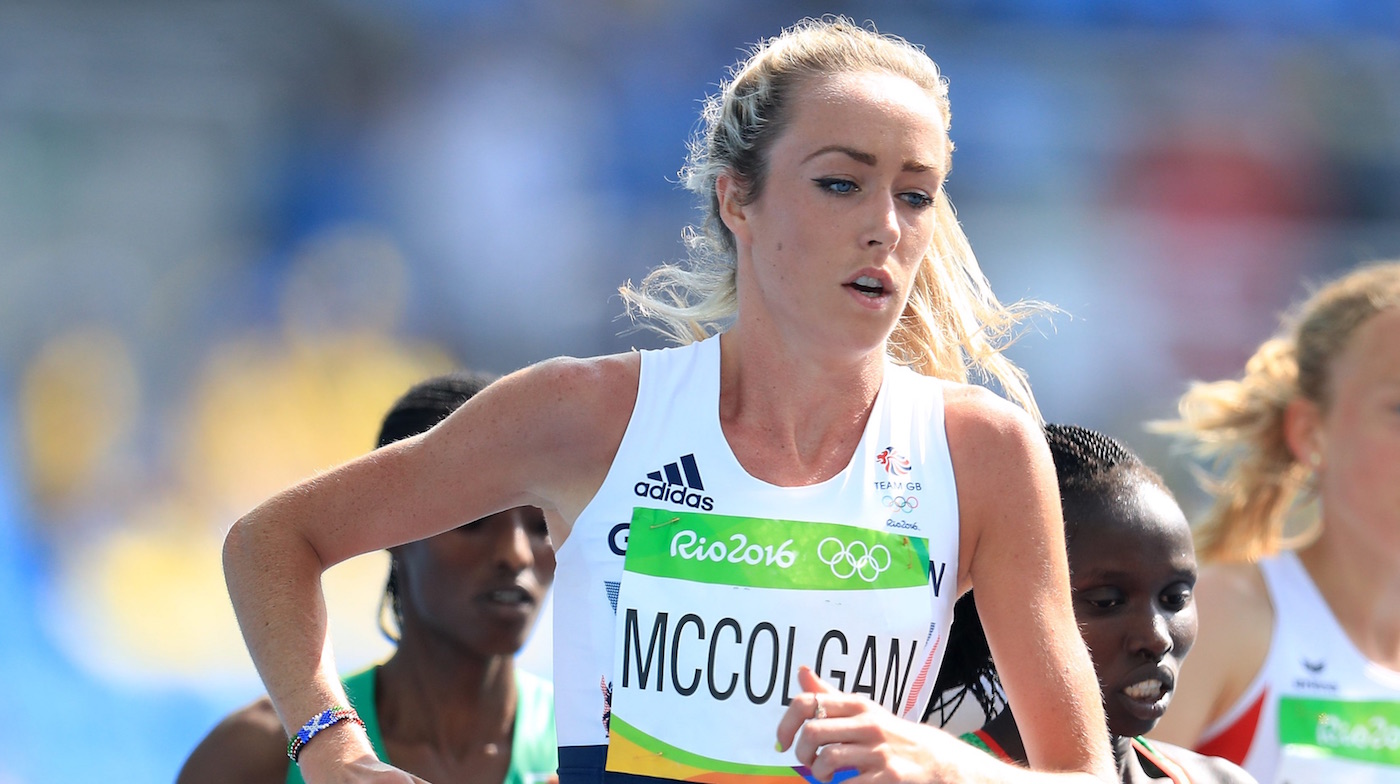 Going into previous major championships, Eilish McColgan has always had a serious injury to bounce back from, but this year it is a different narrative.

After smashing both her own and her mother’s personal best times, the fully fit 26 year old now runs without fear and a new found confidence.

We chatted with the British middle distance runner before she lines up with the best at the World Championships in London.

It’s been a great year for you so far, winning the 3000m bronze medal at the European Indoor Championships and at the start of July you took 12 seconds off your 3000m personal best at the Diamond League in Monaco. What’s made the difference this year?

I think it’s been the consistency in training. Since I started athletics, every year I have suffered a serious injury. 2015 was the point when we decided I needed to do something different to try and avoid anymore serious injuries. I had surgery at the end of that year but it was still very painful heading into 2016, so we changed my training and concentrated on cross training and only running once a day.

I managed to get through the full year without any major setbacks, which meant I had the whole of 2016 and then 2017 behind me. It takes that consistency in training to bring strength and improvements into your running. If you can put a year or a full winter behind you that makes all the difference when you reach the summer, and that is how you end up performing at your best and running PB’s.

Having made it into the final last year at the Olympic Games in Rio, what’s your goal for the World Championships?

I definitely think I am in much better shape than I was last year in Rio. I felt like I didn’t perform as well as I should have in the final, but this year I feel that I am at the next level.

I’ve not really had the opportunity to run a good 5,000m this year, but in the World Championships making the final is the first goal and after it would be to feature in the top eight.

At my absolute best I think I am capable of running a time that’s in the top six, and looking at Monaco I think it shows I am a lot closer to that than I give myself credit for.

It was difficult coming from the steeplechase into a new event, but I should be around the British athletes, European athletes and the American athletes. I think I need the confidence to realise that there is nothing stopping me from stepping up further and competing against the Kenyan and Ethiopian athletes.

I think you are right, once someone breaks that barrier, it makes it mentally easier for everyone else.

Going into Monaco if someone had said to me that I would have placed fourth and not far of second, I would have laughed. But actually, looking at the training sessions and the work I’ve put in over the last few weeks there is no reason I shouldn’t be up there.

That was the first time I said to myself just go for it, there’s nothing to lose, if you blow up, you blow up, but lets just try to compete. I went into that race with a lot more confidence than any other race and it paid off.

My aim now is to carry that momentum into London and to not be afraid of racing the top athletes.

My mum always said that I was capable of beating her times. She thought it would be her 5,0000m first and was surprised that it was actually her 3,000m. Her 3000m time of 8:34 is a strong time and few very female athletes have gone under it.

It was amazing to break it and for my mum it was exciting to see all our hard work was paying off. My mum is such a big part of this journey with me and without her I wouldn’t be competing at this level.

Building on that, what’s your coach, mum, athlete and daughter relationship like?

As a child it was maybe hard to differentiate between your coach and mum, but as I have got older it’s much easier. The hardest part is probably that we now live in different continents. She lives in Doha, Qatar and I’m based in Manchester. I’m very independent now with my training, so it’s up to me to get out the door and be on the track. In actual fact, my boyfriend’s kind of taken over the role of coach, holding the stopwatch and shouting at my times.

Compared to when I was younger I was reliant on my mum being there, but with the help of Skype etc. our relationship works well even with the distance across continents. It’s probably because she is my mum and not just my coach, that we can maintain it, but I do try to get over to Qatar when I can so she can watch me train. 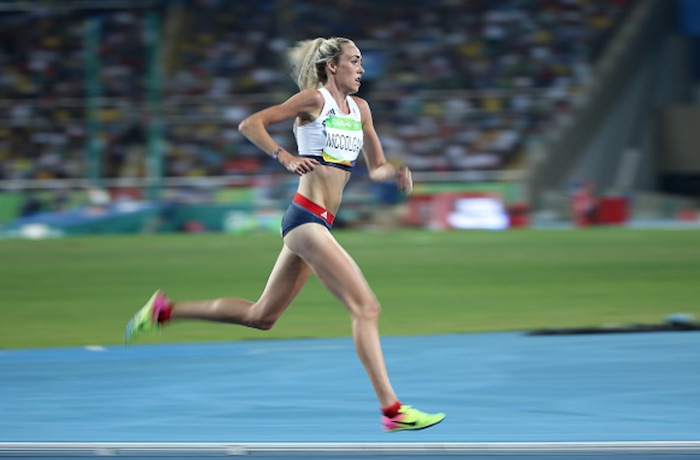 You loved the steeplechase, but you moved to the 5000m.

It was very difficult to leave the steeplechase behind because it was the event that introduced me to the international world of athletics and took me to the Olympic Games and the World Championships.

How have you found the adjustment to 5000m?

The 5,000m is an an event that takes a couple of years to get the experience and the strength needed to maintain running well over the distance. It’s been a huge learning curve for me but one I’ve really enjoyed and I’m progressing quite nicely thankfully.

I always thought my future lay in long distance and possibly moving up to marathon. However, in the last couple of years I’ve realised that I’m a bit quicker than I first thought.

In the future I might look at the 10,000m, but at the minute I am only running on average forty five miles per week, which compared to a lot of other distance runners is absolutely nothing. I think because my training is quite unusual and different, running a 10k at the moment would be my absolute limit.

As I build up my mileage again over the next couple of years, I might be strong enough to look towards the 10,000m, but for now I am just trying to stay injury free and have that consistency in my running.

Looking at your athletics career to date, would you have done anything differently?

I probably would have liked to have made the switch to the flat a bit earlier too. It would have saved a lot of heartache with the injuries and the months and months I’ve spent out of the sport I love.

When I was younger I just wanted to run fast and hard, but now that bit older I’m a lot more sensible with my training. If I need to take a day off or mix things up I will.

Up to now, what have been your most memorable performances?

Winning my 3000m indoor (bronze) medal would be one of my best achievements so far. After working so hard for years and coming back from numerous injuries, its nice to finally have a medal to show for all the work. I’ve had to come back from a serious injury to compete in every major championship, so every time I’ve been able to do that has been a memorable performance, just for making it.

At the World Championships in 2013, I was injured but managed to come back and finish tenth in the world, that was my highest ever place at a major championships.

Tell us about your training and how it’s different?

I now cross train a lot, but if someone had told me three years ago I would be doing it every evening instead of going for a steady jog, I would never have believed them.

My cross training just steady cross training, not any specific sessions, and I’ve been amazed that I can replicate the same level of performance without running big miles. It’s allowed me to maintain my fitness without the added impact and risk of picking up injuries.

Training now for an athlete has to be about finding what works for you. Just because one person runs a hundred miles a week, doesn’t mean that you can run the same, everyone’s body is different. 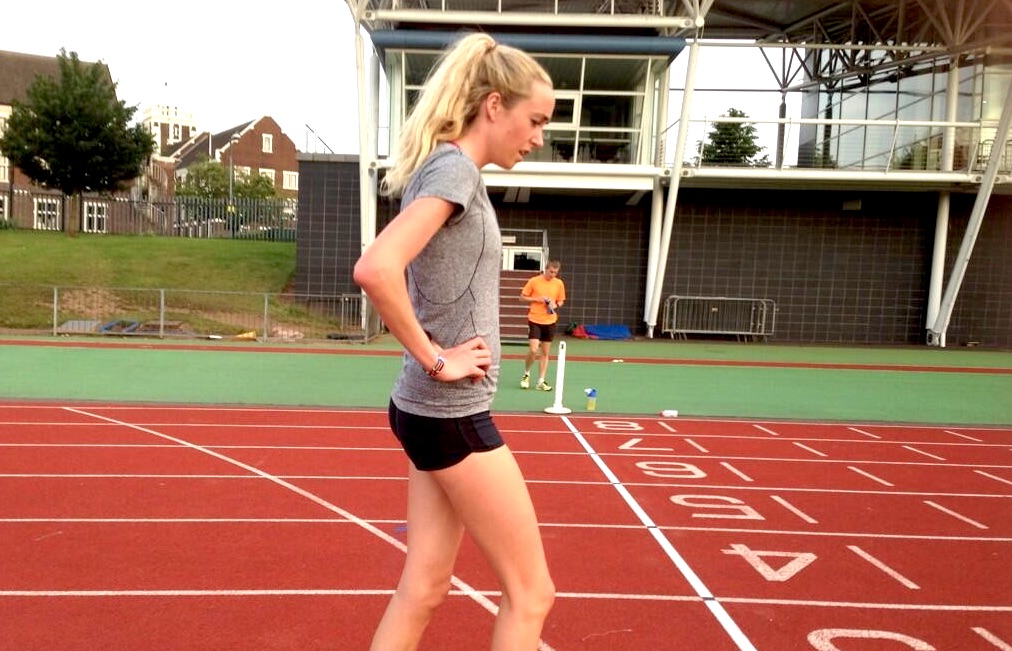 There are of course people who can train hard everyday and never pick up an injury, but for me it’s about finding what works for you and that just comes with experience. It’s been a long process, but I’m finally in a place now were I know what works for me.

The best athletes in the world don’t just train hard, but they train smartly. They make the right decisions, knowing when to push hard and when to hold back with their training. I notice now on training camps that if athletes like Mo Farah need a day off, they take a day off.

When I was a youngster I would freak out if I had to miss that one session, but now with experience I know it’s a lot more than just one session, you have to look at the big picture and make those decisions based on how the body is feeling.

It’s a thin line and lot of athletes cross that line, but I have been trying my best to be on the right side of it.

I am fortunate that I have family and friends around me who have all been professional athletes. To be in a position to not only learn from their good experiences but also bad experiences has been invaluable.

The World Championships get underway this week, are you expecting a similar atmosphere to the Olympic Games in 2012?

Heading into this World Championships I have enough experience now to know that I am there to compete and to not get too nervous or worked up. Of course everyone does get nervous but you have to try and not let that become detrimental to your performance. I have amazing memories from 2012, so it will be nice to add new memories to that.

Do you have any set goals after the World Championships?

To be honest as an athlete I kind of go race by race, so at the minute I am only focused on the World Championships, but the second its over I will be thinking about the next goal. I plan to race in Birmingham and then in 2018 it’s the Commonwealth Games and the World Indoors.

Last question…what advice would you give to a track and field athlete searching for the right event?

My advice would be, do not pick one event too early. Try a wide range of events and the one you are best at will most likely be the one you end up pursuing. Also join a club. A lot of people can be put off, thinking a club is only for the elite side of athletics, but its not.

You will be amazed to find so many like minded people with a wide range of abilities there. If it wasn’t for my club, there is no way I would be here right now. The social side and the friends I made through my club definitely kept me in the sport through the tough times.

It’s not always a straight line to success and unfortunately you don’t keep getting faster every single year. So, it’s important to have a club and the support of your club mates when things aren’t going your way. Find a club, try everything and enjoy it!