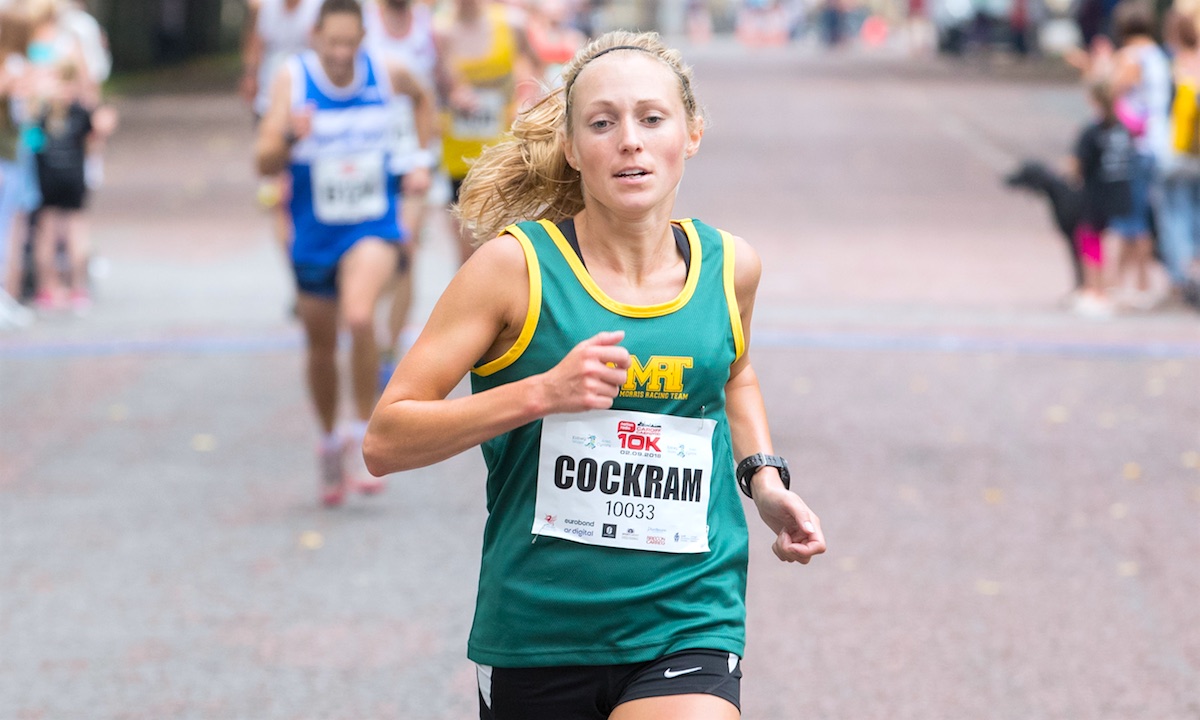 The Welsh 2:35 marathoner chats about her breakthrough year and ambitions for the future after recovering from a serious injury.

Successfully coming back from a career threatening injury is the inspirational story every running fan wants to read.

It is not always the case, but thankfully Natasha Cockram’s account is one of the positive tales of coming back from the depths of injury hell – and now she can’t wait to write the next chapter.

During a few difficult years the prospect of not running again was all too real, but after a successful knee surgery, plus her resilient attitude and dedication to get back running, the 26 year-old can now once again dream of earning a GB vest for a major championships.

Cockram’s breakthrough performance of 2:35.47 to finish fourth at the Dublin Marathon in October catapulted her fifth on the Welsh all-time list. It was a nine minute personal best after winning April’s Newport Marathon in 2:44:58, despite spending the prior three months only cross training.

Both performances were a surprise to the Micky Morris Racing Team athlete, and she humbly says she is just “enjoying running again, which is the main thing” after her injury battles.

The Welsh athlete now aims to target three big marathons in 2019, beginning with the Houston Marathon on January 20, followed by London in April, where she hopes her performance will bag her one of the coveted places on the GB team for the World Championships in Doha.

Back in 2017, Cockram made her marathon debut at the Dublin Marathon running 2:49:37. Although not the fastest of courses, she enjoyed Ireland’s premier 26.2 miler and decided to return the following year for her third outing over 26.2 miles.

It would prove a wise decision, and running somewhat under the radar she stormed through the field to cross the finish line in 2:35:49, finishing just behind Irish Olympian Lizzie Lee in fourth place.

“I surprised myself with my performance, I wasn’t expecting to run that fast, at least not yet,” says Cockram. “Before the race, my coach said to not run any quicker than 6:00 minute per mile pace or preferably keep it at 6:10 pace for the first 20 miles and then race the last six miles.

“I went out at 6:00 minute pace and it just felt so easy, so I maintained it and then dropped to a few 5:50 miles. Around mile 18 I turned the corner and the lead car was there, so I picked the pace up even more and ran a 5:35 and 5:34 mile and then raced the last six miles as fast as I could.

“It felt so easy at the start and then being able to drop down to 5:30s has given me a lot of hope for the future.” Strangely they have yet to meet in person and speak on the phone or via Facetime. However, she says the relationship is working well for both of them, emphasising the trust they have with one another.

“Tony is based in America and I saw him when he was coaching another university but not as my coach,” she explains. “The relationship works well even though it is not in person. I trust him and he trusts me and my performances have been improving and that’s what ultimately matters.”

That American relationship and her academic achievements at the University of Tulsa provoke warm feelings for the US, but the jump up in training mileage after moving stateside was also a catalyst for the difficult times to come.

“I personally didn’t have the best of times,” she explains. “I don’t think I was ready when I left the UK based on my mileage and also my coach Dave Lewis passed away during my last year at high school. So it was already a hard time going out to America, but I hoped for the best.

“I was running 40 miles a week at the time and upped my mileage quite quickly to 70 and then 100 miles a week. The jump was too much for me and I was just constantly tired all the time. I was not racing well and it knocked me mentally to the point that I dreaded racing.

“The overall experience was good though. I valued my education and Tulsa was a good academic university.

“There seems to be a pattern that if you go to university in the UK first and then head to the NCAA as a graduate student you tend to do better as your body is more developed and you’re ready to make that jump. Just going straight from high school proved I wasn’t ready for that.

“I picked up the knee injury during my senior year at Tulsa after the cross country season. I raced my last race and then it happened at some point between that race and when I came home for the Christmas break.

“I then went back out to the states and basically raced on through the injury. I was having cortisone shots while cross training and rehabbing. I then did a fifth year in Tulsa before I came home that Christmas and the doctors here told me I would never run again.

“I headed back out to America in January and pretty much went to a lot of different doctors until I found one that was willing to help me.

“The surgeon saw me on the Wednesday and I had the surgery the very next day. I was out for about six months rehabbing, then learning to run again and then more rehab after that. It took almost two years to get back running.

“By the time I was finally back running my thoughts were that it would just be for fun and keeping fit. I was always hoping I could race again but I was never sure to what level.”

This year has not gone to plan in any shape or form but hey I can walk WITHOUT crutches. And I can run after being told by doctors I'll never run again. I have a degree…got accepted into the university of South Carolina medical school- turned it down and here I am back in rainy Wales. Although I'm not racing tonight (due to tonsillitis) I am not pouting on the sideline thinking I'll never stand on a start line again! Here's to a healthier 2017!!!

After returning home to Newport after five years stateside, Cockram had a bit of a gap year working with horses mostly and she credits that time in enabling her to successfully recover from the knee surgery.

She now works full-time in the civil service, and the dedicated athlete pursues her running ambitions with early morning training that can start as early as 4:30 am.

“It is hard because my days are very long, especially on long workout days,” she explains. “Most of my days start at 4:30 or 5:00 am, but I am quite fortunate in that I do like the morning.

“Of course it is hard to balance everything, full time work and full time running along with everything else.”

One positive gained from her serious injury is becoming a mentally stronger athlete. That surely plays its part along with the motivation and dedication required to train again in the evening after the early start and a day’s work.

“The mental aspect of the injury was the hardest but that is also what has brought me back as I am a lot stronger now and more resilient,” she says. “Looking back the most difficult thing was we weren’t sure what the actual issue was, many people even said there might not be anything wrong and it was just in her head.

“When I saw the surgeon then I just envisaged him opening my knee up and seeing there was nothing wrong – and I thought ‘maybe it is in my head’ – but clearly there was and thankfully he was able to fix it.

“I also train mostly on my own and mentally I find that has made me tougher. Grinding out a 10 mile on tempo on your own just makes it feel so easy then on race day.”

Cockram credits the important role cross training played in her rehab from injury, and it is something she has not forgotten, with it still featuring heavily in her training programme.

“Cross training has been a big help and I know it works for me,” she says. “Leading up to the Newport Marathon in April (2018) all I did was cross train for three months and that got me a PB.

“When I then joined Tony, our main aim was about staying healthy because it has been a tough few years on the injury front. For a marathoner, my mileage is actually quite low, but supplementing that with cross training has been a big help.

“I do it mostly on an Elliptical Cross Trainer, and maybe an hour on a bike, but I am also hoping to get access to a pool soon through the council. I then plan to split my time 50/50 between the cross trainer and the pool.”

A bright future ahead

Along with some financial support that can help towards training camps, she will have vital medical and physio support, which will be a big help over the next couple of years with her running goals.

She heads into 2019 ranked fifth on the Welsh all-time list and surpassing the 30 year-old national record of 2:31:33 – belonging to Susan Wightman (Tooby) – is one of Cockram’s main aspirations.

“Looking ahead, my main aims are to get a GB vest at a major championships and chase the Welsh record,” she assuredly says. “In the immediate term, I will be running in the Houston Marathon and then have a quick turn around for the London Marathon in April.

“The two races are quite close, but I do recovery quite quickly from a marathon, so my coach and I are confident that I can run both well. For Houston, I am not aiming to run anything amazing, but hopefully repeat my 2:35 performance from Dublin or a bit quicker.

“London is then where I want to really give it my all. Ultimately the goal will be to try and get a GB vest for the World Championships in September.”