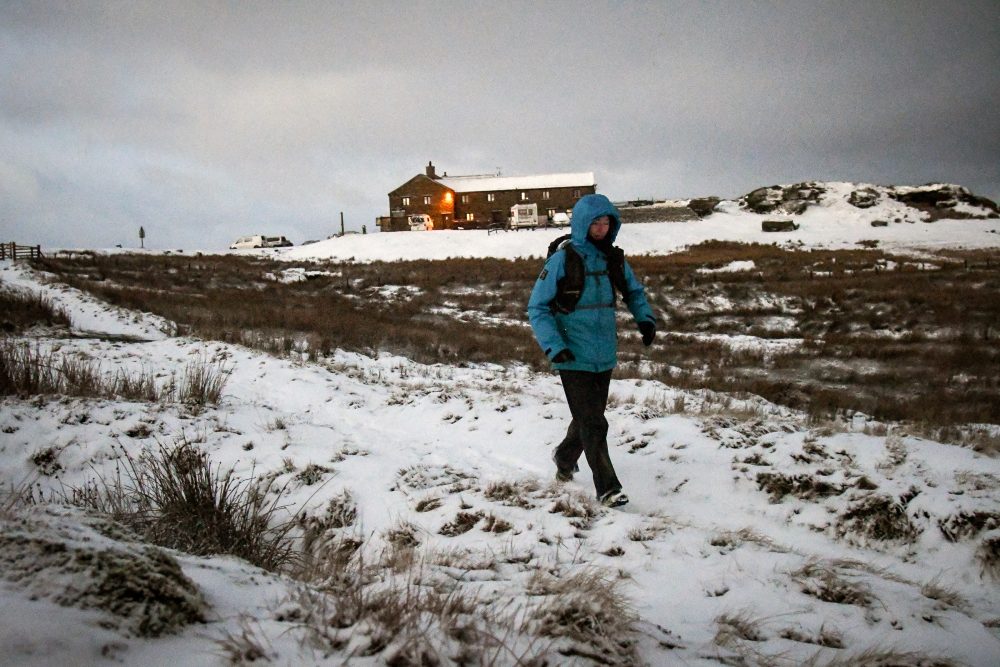 Every January in the UK ‘The Spine Race’ runs the 268-mile length of the Pennine Way and the 2018’s race tested even the most seasoned of ultra runners.

This year the race lived up to its extreme reputation, with both winners, Pavel Paloncy and Carol Morgan, stating it was even more brutal than previous years. How do they know? They have both won before and to the amazement of Fast Running, they keep coming back for more.

“The first 50-60% was fast, the bogs were even dry,” said Czech adventure runner Paloncy, describing the conditions of the epic trek. “Then the snow came and it was brutal.”

Irish ultra runner Morgan added: “the first 24-36 hours were nice and quick, we actually saw male and female course records in the ‘baby’ 108 mile Spine Challenger Race. But then it was much, much tougher than last year, a whole lot less predictable when the snow arrived.

“At 4 am, with four inches of fresh snow and a blizzard howling around you, you focus on staying alive. It’s still an honour to be out there in those conditions though.”

Listening to Morgan describe the battle with the conditions as an “honour” and you start to see the mindset of the endurance runner who has won the 268-mile race for the last two years.

A “holiday” as well as an “honour”

“For me, it’s a holiday and the tough conditions just mean you get to spend more time in beautiful places like the Cheviots and the Moors,” explains Morgan. “I’ve prepared hard, really hard, for this race and when it comes around I tell myself I’m going to enjoy it. Otherwise, what’s the point? It’s a hobby for me.”

Throughout the conversation, Morgan’s determination and motivation come across. It’s great to see that it’s self-determination, intrinsic motivation, the kind that every coach wants to see in an athlete. Last year’s Dragon’s Back race winner has one primary goal, every time she toes the start line.

“The first aim is always to finish. It’s more important to me than anything else,” she says. “Five years ago I DNF’d the Lakeland 100 [yet has returned to win in 2015]. I spoke to a really wise friend who asked me what was important to me?

“There may be other secondary goals like a time or a place, but ultimately it’s got to be about getting to that finish line.”

With 268 miles, anything can happen and this year saw several high profile DNFs like record holder Eoin Keith and fell runner and early leader Jim Mann.

The character of the men’s winner is serious, yet there’s a dry humour underneath. When asked about the kit he carries? “A towel” is his response. And why? “Because a towel, [The Hitchhiker’s Guide to the Galaxy] says, is about the most massively useful thing an interstellar Spine Racer can have.”

That and a pair of Star Wars socks are signs that Paloncy is not of this world.

“It’s not a running race”

Now some may be asking why are Fast Running talking about a race with an average pace for the course record of around 21-22 minutes per mile. Even Paloncy enjoys the irony as “it’s not a running race”. Well given the bogs, snow, distance and the horrendous weather each year, I know that it’s relatively fast running – all things considered. Have you run through a bog before? 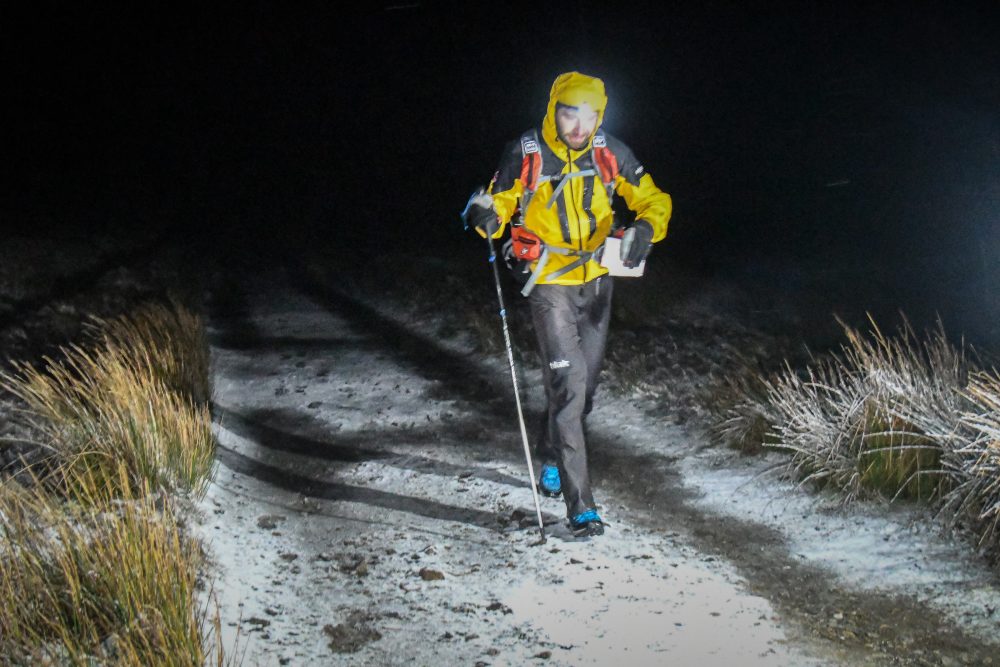 So what brings people back to this tortuous event each year? Surely it isn’t just the chance of meeting Allan Rumbles or Damo Hall on a wet hillside and the half pint offered in Kirk Yetholm to all those who complete the Pennine Way?

“All of us women experience sexism throughout our lives and one thing I love about the Spine is taking it to the men,” says Morgan, who finished sixth overall in 2017 and seventh overall this year. “A race of this toughness is a great leveller.”

The inspiration of Morgan’s running even made it onto the BBC Radio Manchester Women in Sport hour midweek, but she may have missed it out on the Pennine Way. It’s inspirational stuff and certainly puts the recent cross country gender debate into perspective.

“I enjoy the training, the journey and the race. It’s my holiday and I’m no professional runner, its a hobby and I have to love doing it,” she humbly adds, and further examples that Morgan’s motivation is strong and true.

Many a runner could learn not to focus on others around you. It’s about your own race and the journey towards it. 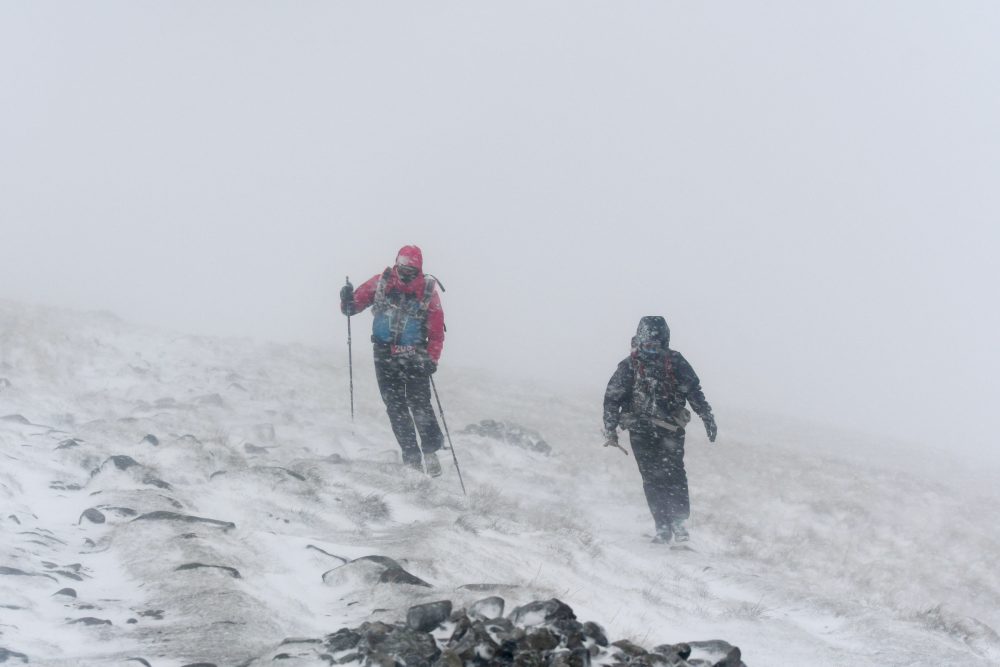 For Paloncy it is a combination of two of his loves, ultra running and adventure racing, yet after five Spine finishes, he says he’s not coming back next time.

Neither is Morgan, after successive wins, but the mind is a peculiar thing and soon the hardships of the race will fade in the memory and it wouldn’t be wise betting against seeing one from this pair starting in 2019.

There are other race and other plans ahead. Paloncy only has a small year, as there’s uncertainty for the Czech National Adventure racing team. But still he mentions races in South Africa, Andorra and the almighty Tor des Geants in Aosta, Italy. For some a lifetime of races, but the Czech machine still feels the need to add the Spartan 24hr race in for December, where he was second in 2017.

With everyone safe and sound after another brutal year at the Spine, this iconic race continues to grow in stature and draw in masochists from around the globe. If you’re tempted here’s what I took from these two Spine victors.

The number one goal is to finish. Not every holiday is to the Caribbean. Break it down into smaller chunks. Always carry a towel.