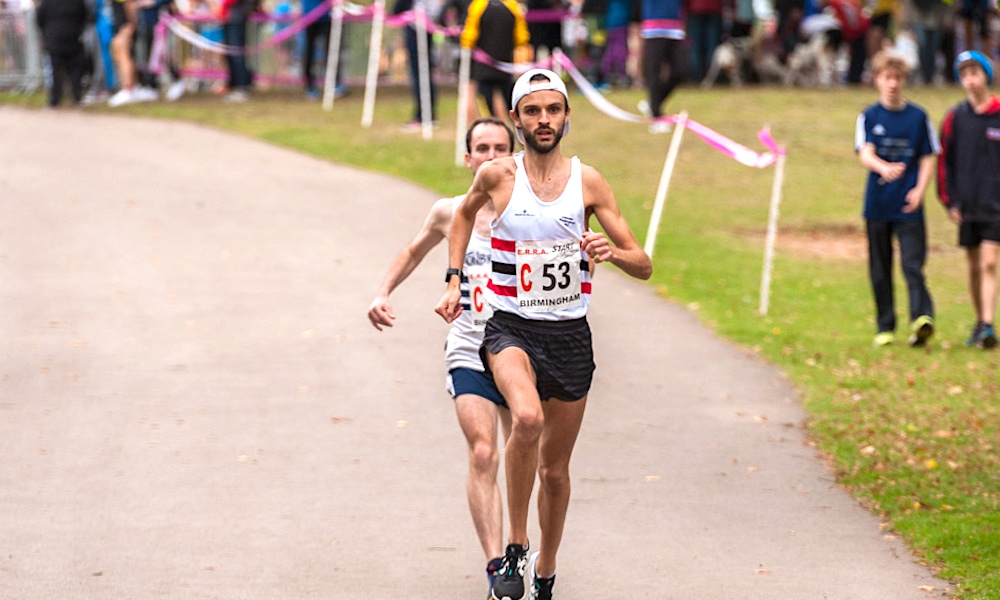 The Lincoln Wellington runner has international selection on his mind after only starting to run three years ago.

Just three years after starting running on a ‘Couch to 5k’ training programme at the age of 25, Lucian Allison is knocking on the door of international selection.

The Lincoln Wellington AC athlete had not previously been involved in any sport, but took up running because, as a smoker and drinker, he was feeling unfit.

Earlier this month he continued his remarkable rise when he won the Perkins Great Eastern Run Half Marathon earlier this month in 65:27 – almost 10 minutes quicker than his PB from two years earlier.

“I started it (running) as a means to get a bit fitter,” says Allison, who admits he avoided sport in school. “I didn’t really do any sports up until then.

“I was a different person [to now] – drinking and smoking. After a while, you don’t feel that good in yourself. I just needed a bit of a change.”

He showed his promise by running 37 minutes in his first 10k, at Lincoln in April 2016. It was there that he was spotted by Lincoln Wellington coach Mark Baddeley, whose training group he eventually joined.

He says: “I just started out from a couple of easy jogs, to it getting out of hand, and all of a sudden I just happened to land in the right place of a pretty good training set-up in Lincoln.”

The big breakthrough at the Leeds Abbey Dash

Last year was when he enjoyed his major breakthrough as he improved to 29:55 for 10km at the Leeds Abbey Dash.

“It was quite a big year because I went from 33 minute 10km to 29:54,” he explains. “So I never really got used to the pace my legs were going. It was always sort of escalating.”

Speaking of when he started training on the track at Lincoln, he adds: “I think that’s when it started making leaps and bounds. My first year training properly was last year and that’s when I managed to get that 10k down from 33 minutes to 29.

“Once I started getting speedwork involved and doing the long tempo runs on a Sunday, everything started clicking and times kept dropping.” However, earlier this year he succumbed to a stress fracture which set him back for two or three months. He suggests it was a blessing in disguise as it made him realise he needed to start doing strength and conditioning.

“I think it took the injury for me to start strength and conditioning. I think it was always coming. I needed it in the end to force me to put in a bit of effort every week to do it.”

Allison’s training volume is still relatively low as he does about 70 miles three out of four weeks before a drop-down week of about 55 to 60 miles. Most of it is around seven-minute-mile pace, except from his three key weekly sessions.

“We tend to do something quite sharp on a Tuesday and on Thursday we’ll do something a lot longer,” he says of the track sessions. “On Sunday we tend to do maybe 12-14 miles at maybe 6:00 or 5:30 pace.

“My coach Mark believes it’s important to have the long run at that pace as doing it at a slower pace doesn’t give you the benefit.”

Allison, who works at running gear shop Lincolnshire Runner, is next targeting a return to the Leeds Abbey Dash on Sunday, November 4, but in the longer term, wants to run the Barcelona Half Marathon in February.

The British Athletics selection standard for the IAAF World Half Marathon Championships next spring has not yet been set. However, given this year’s was 65:00, Allison could be within grasp of his GB debut, which the relative newcomer admits is a slightly bizarre feeling.

“It’s an almost surreal line of thinking, but it (international selection) is obviously one of those things that are in the back of my mind,” he says, though admitting he believes he still has much to learn.

One wonders how many other talented runners like Allison are either competing in other sports or, as he was three years ago, a couch potato who could easily have never taken it up.

It’s a thought not lost on Allison, who says: “You don’t know what you’re capable of. Running was never something I was interested in. I didn’t follow anything to do with it.

“But you find something and think ‘I’m alright at this’ – and a lot of people must be like that as well.”