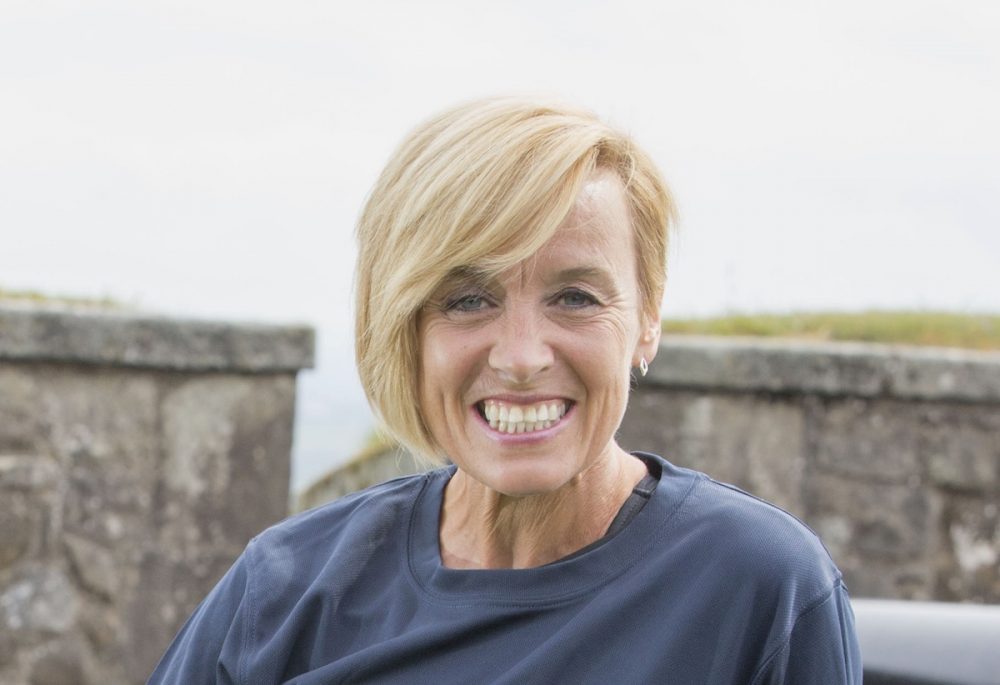 Liz McColgan wants to believe the world records she has seen in recent years, but with some countries having insufficient out of competition testing it’s difficult.

The former 10,000m world champion, who is now based in Doha, tells Fast Running it’s “ hard to get excited by certain records until such a time comes that all countries put in place the same anti-doping procedures.”

In recent years, few world records or world bests have been broken as frequently as the women’s half marathon. In fact, six of the top eight fastest half marathon times were ran this year alone.

The two fastest half marathons have been set by Kenyan athlete Joyciline Jepkosgei. First a new world record of 64:52 at the Prague Half Marathon in April, before further improving it in October by one second (pending ratification).

While fast times and records are what every fan wants to see, the two time Commonwealth Games gold medalist says for the for the integrity of the sport all athletes need to “tested under the same criteria”.

“The most recent world half marathon record was broken by someone who has never been tested out of competition. I just don’t agree with that, says McColgan, the winner of the inaugural World Half Marathon Championships. “Athletes need to be tested under the same criteria, and I honestly don’t believe that any record should be ratified if the athlete’s country isn’t as consistent with out of competition testing as other countries.

“For me, it’s a bit sad when there are really quick times and world records are being broken, but you have no clear understanding of the athlete’s background.

“Athletes I work with are tested all the time, in competition and out of competition, and I think it’s not right that certain countries are so proactive in their own testing but others aren’t.

“At the moment it’s a sad state of affairs for athletics and records but hopefully over the next few years some form of global standard of testing can be implemented – possibly a group that can freely go into another country as and when they want, with unrestricted access to test any athlete – some form of procedures that all countries follow.”

“That’s a hard one, where do you draw the line and forget a record?” asks McColgan. “It’s very difficult, what guarantee do we have that anyone is going to be clean from now on? I don’t think to do away with previous records is okay because there is no guarantee in place for the next ten years.”

Earlier this month, Olympic marathon champion Jemima Sumgong was handed a four-year-ban by the Anti-Doping Agency of Kenya. The 2016 London marathon winner tested positive for the banned substance EPO from a sample taken on February 28. The athlete in question previously failed an anti-doping test in 2012, however, she was later cleared of it. 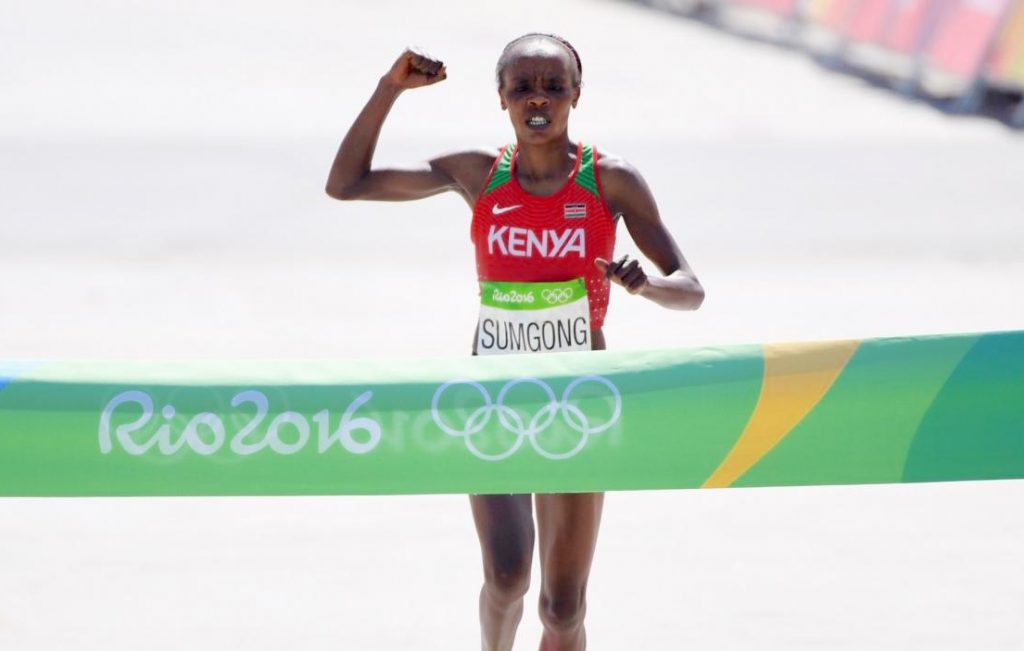 “I agree with a life ban for athletes. I think it is the only way,” she adds. “Agents should be banned from working and federations should be fined too. If you don’t send a strong message out there, it will just keep happening – otherwise, some agents will just go to the next athlete and the next – and it just continues.

“Until there are very strict rules in place, people will always consider taking a gamble to get a gold medal.

“It’s not an easy solution, but you get people who have been banned, come back and are winning and could get banned again. It’s just not fair to the athletes that are clean and are working hard every week and year.”

The future of athletics

McColgan, a New York City Marathon winner in 1991, was impressed by Shalane Flanagan’s recent victory in the big apple. She thinks competitive races like this are what will draw fans back to the athletics – helping to repair the sport’s brand.

“It was a tremendous race for her, she executed the race perfectly. While it wasn’t a particularly fast time, it was a closely fought race throughout. It was true racing, without pacemakers, and she beat a lot of quick girls. Hat’s off to her, I am sure she has now inspired a lot of marathon runners in America,” she says.

“It shows when you are in a race situation that anything can happen if you get out there and put yourself amongst it. It was brilliant to see.” 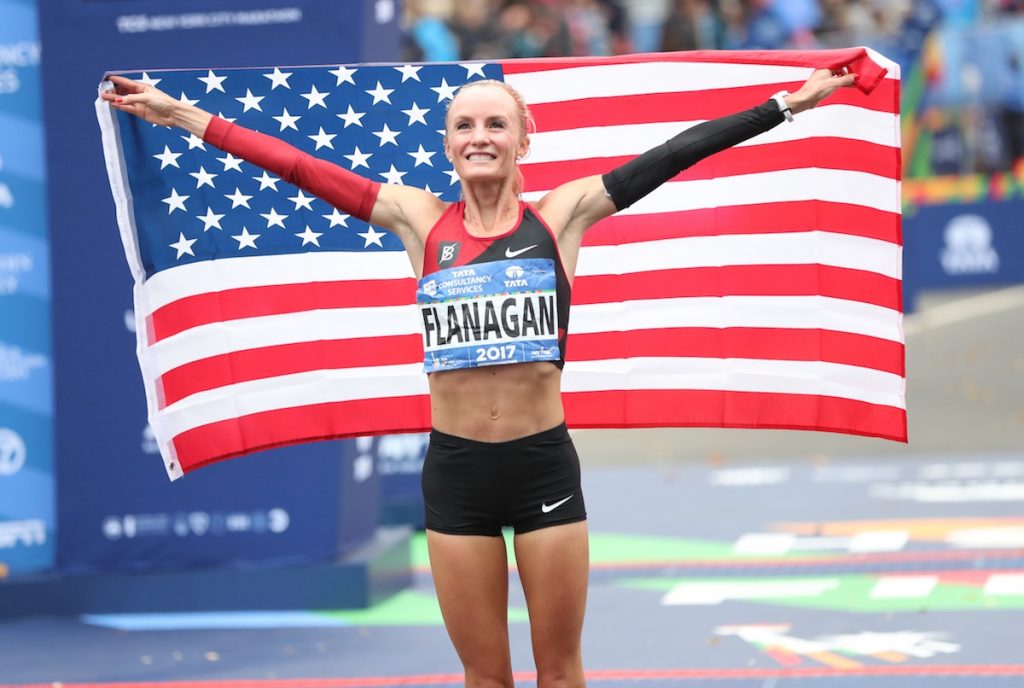 On the global scale, athletics has experimented to “be more exciting” to a mass audience, but McColgan says this is unnecessary.

“At the end of the day, everyone just wants to see a well-raced race – a competitive race. If we can get more races like we saw in New York, with less pacemaking, and just true running that’s what will bring the support, whether it is on the roads, track or cross country. There is a huge audience who enjoy running and if we can see some really good competitive races then this will appeal to everyone,” McColgan explains.

Some of the ‘innovative’ concepts by athletics organisations to try and increase the fan base of athletics, includes the Nitro Athletics that took place earlier this year in Australia, and next year’s ‘The Meet’ will see Britain go-head-to-head with the USA in a new athletics format.

“I went to a race last year and it was just blaring out music – it was actually irritating for both the spectators and those competing. I think athletics is exciting if the race itself is exciting, that’s all we need,” she says reflecting on her own experience at an ‘innovative’ athletics event. “If we can get some proper racing going again, more media and tv coverage will come.”

One thing that British Athletics has outlined it will implement this year, is the mandatory requirement of athletes ‘to attend’ the British national championships in order to be considered for selection for upcoming major championships. The governing body hopes this “guarantees to showcase all the best athletes in the UK.”

McColgan agrees with this, saying: “If you want to get crowds to an event, like the British trials, you need to have all the best athletes there. Before a major championships all the athletes who want to get on that team need to be there competing.

“If you had all the big names there you would definitely get the tv coverage and spectators on the seats. It’s about how the governing bodies can get the best athletes to show up and race. That’s more what we need to work on, so we can get good races with the best of Britain there.”

“If Mo [Farah] is running for example, you will just have loads and loads of people wanting to go and watch. So it’s about getting people of that level to come and compete in the British races to encourage the fans back.”

On such example of a big name athlete positively growing the audience of a British race, was Laura Muir at the Scottish Short Course Cross Country Championships earlier this month. Without the attendance of Muir, the championships most likely would have gone relatively unnoticed outside of Scotland.

However, with Muir competing, the cross country event gained not only British wide media coverage but also global recognition – this in some way highlights that all that the sport really needs, is more and more of this…