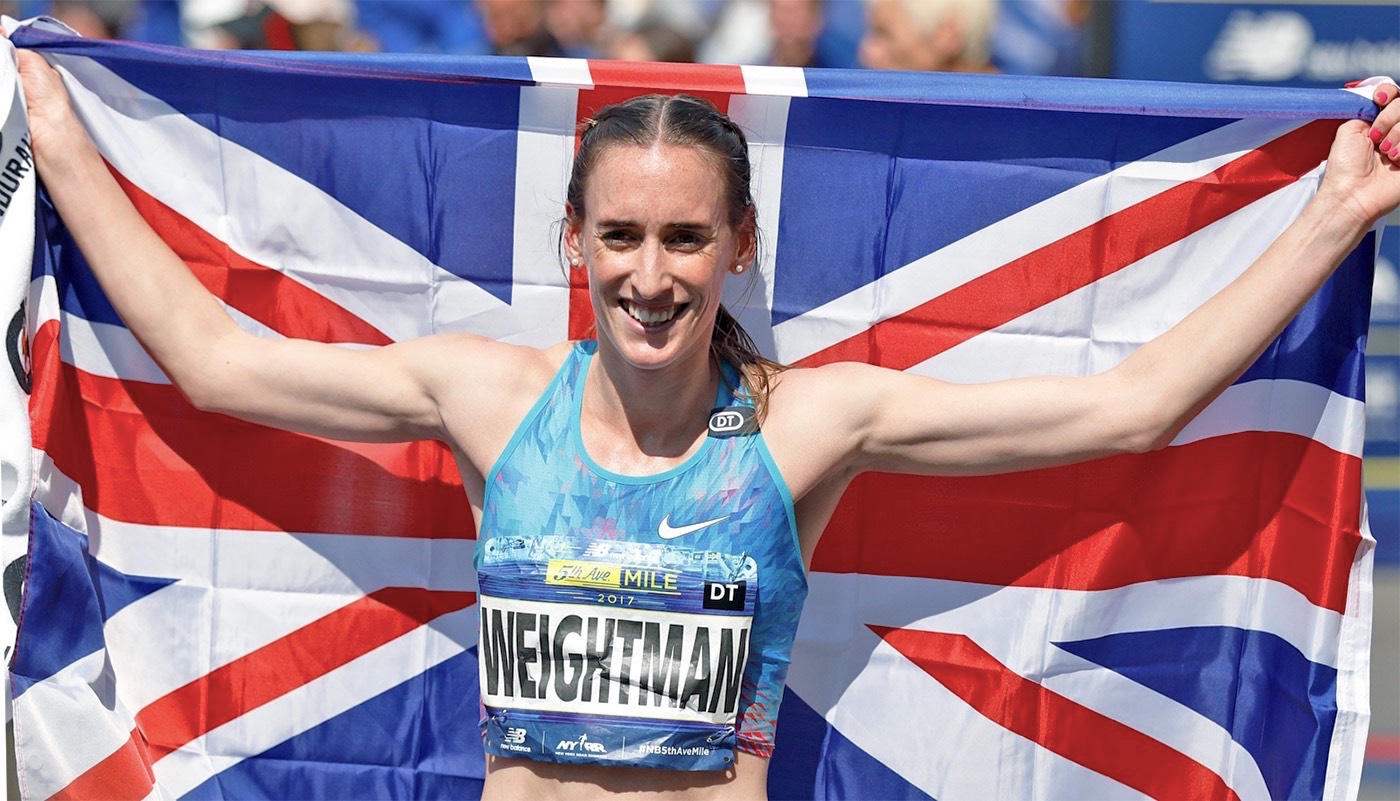 Laura Weightman says her excellent season, capped off with a British road mile best in New York on Sunday (September 10), tasted sweeter due to the frustration of losing out on Lottery funding last autumn.

With second place behind Jenny Simpson in the prestigious New Balance 5th Avenue Mile, the Morpeth Harrier, who was sixth at the World Championships, sent another message to British Athletics after the federation surprisingly removed her from the World Class Performance Programme.

She finished one second adrift of the former world champion, who took her sixth win in the event. Her 4:17.6 dipped below Laura Muir’s UK best from last year’s edition of the same race, which is run straight down the Big Apple’s famous thoroughfare.

The Leeds-based athlete said: “I knew it was going to be a fast race when they said it was a tailwind. With it being a fast course anyway, I just thought, ‘let’s get out hard, let’s make the most of this and see what I can do.’ I knew I was in good shape because Jenny and I both ran 4-flat in Brussels last week.

“Jenny’s a fantastic road runner, she’s won many times and she knows how to run this race and I’ve only been here once. I knew we were both in good shape and I knew it was going to be a tough, fast race so I’m really pleased to come away with second and a British mile record.

“I think Jess Judd had a similar idea to me – just go hard from the start and hope for the best and we both went out really hard. We didn’t really slow down after that and we made it a fast, true-run race and that led a really deep set of times behind us.”

It ended what has been a great year for the Steve Cram-coached athlete. Although overshadowed somewhat by Scottish rival Laura Muir, who was fourth in London 2017, Weightman followed up her career-best global championships performance with her second quickest ever 1500m. In the Diamond League final in Brussels, she clocked 4:00.71 to come within a second of her 2014 personal best.

“It’s been a pretty cool year,” she said. “I think I’ve achieved above and beyond what I expected to. Sixth place at the World Champs, running 4-flat and I’m really happy to end it on such a high note here in New York.” 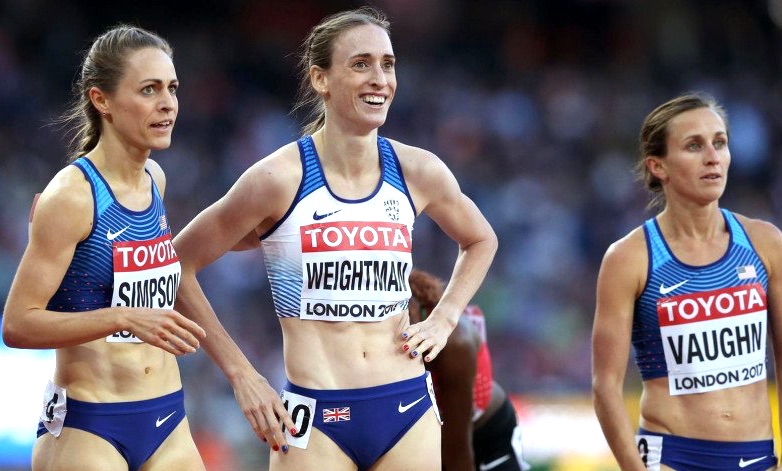 It has all come within 12 months of that decision to withdraw funding, which clearly still rankles.

“Getting removed from funding was obviously pretty frustrating and a bit upsetting to be told I was no longer good enough on the back of making an Olympic final,” said Weightman, who was 11th in the Rio Olympics to follow seventh in London 2012.

“I think this year I’ve really shown what I’m capable of and that I’m not someone to forget about. In the back of your mind, all year you kind of want to get out there and race even harder to prove those wrong that doubted you, but I think it’s testament to the team that works with me.”

She ran 4:02.66 last year to rank 16th in the world and believes it was a season that warranted more faith from the federation.

“It depends if you class 11th place at the Olympic Games, not a good year,” said the 26-year-old. “It’s so cut-throat and people sit around a table and decide 11th place is not good enough and you’re not going to medal one day. It’s unfortunate, but it doesn’t define me and my career. I’ve got such a fantastic team in Leeds and with my coach Steve Cram that want to support me that it makes no difference.”

Indeed she says she has been able to remain as a full-time athlete, thanks to the support from her sponsor Nike and the London Marathon, who back training camps.

“I’m a sensible person and I look after myself and you’ve got to be careful what you do,” she admitted. “But it’s not changed a huge amount of what I do on a day-to-day basis in Leeds.”

She is now looking forward optimistically to her future prospects. Although the women’s 1500m has been among the events most affected by drug cheats in the recent past – five athletes in her London 2012 final were subsequently disqualified for doping offences – there is hope in the sport that measures to combat the scourge are finally paying off. Several events in London 2017 saw a distinct reduction in standards versus previous championships.

“It’s exciting that you can’t say these three are going to get the medals on the day,” she said. “It comes down to who can race the race and I think that’s what’s so exciting. It’s run in so many different ways now that you don’t have to be the quickest to come away with a medal. The event is in a better place than it has been in previous years and it gives me hope that my best is good enough and I can perform with the world’s best so I’m really excited.”

Her next target is the Commonwealth Games in Gold Coast next spring, for which she hopes to gain selection in the 5000m.

“I just fancy a new challenge. I ran my first 5000m this year in Oxy. I thought 15:08 was a pretty cool debut. It’s something different, to refresh yourself,” said Weightman, who said she may consider stepping up for good in the longer term. But she added: “I think I’ve got unfinished business right now at 1500m.”