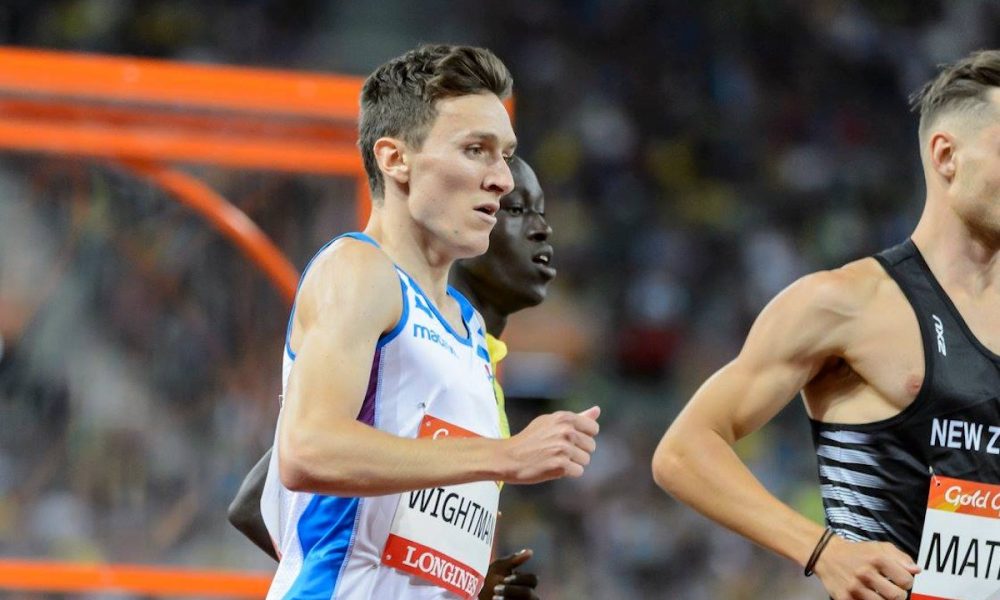 Having finished 45th and 21st at the Virgin Money Giving Mini London Marathon the international middle-distance star has come a long way.

Jake Wightman has been one of the most talked about athletes in Scotland this week with his performances at the Commonwealth Games – but he hasn’t always been the one grabbing headlines, as his Mini London Marathon career proves.

Wightman narrowly missed out on a medal in the Commonwealth Games 800m final on Thursday (April 12) but he will get a second chance at glory in the 1500m final on Saturday.

During the past six weeks we have looked back at Mini Marathon athletes from the last 10 years who have gone on to make an impact at international level.

Of the six athletes we have spoken to, four are in the middle-distance fields at the Commonwealth Games on the Gold Coast. And of those four, Wightman is the only one who does not have a top 10 Mini Marathon result on his CV. Laura Weightman and Chris O’Hare both had fifth-place finishes while Ciara Mageean won in 2009.

Wightman’s best result was 21st in the under-15 boys race in 2009 when he was more than a minute down on the winner and only the third Scottish counter on the day.

But for the Edinburgh AC athlete, this proves results at junior level do not have to be the be all and end all – and he wants all the younger athletes preparing for this year’s Virgin Money Giving Mini London Marathon on Sunday 22 April to remember that.

“I did it twice in the middle age groups (under-15s) and, at that age, I was not very grown up and I was just swallowed up,” Wightman recalls. “But that was as good as I could have run on each day and that’s what is important, just being involved.

“My advice to anyone running this year is: You don’t get too many opportunities to run in events like the Mini Marathon and it doesn’t matter where you finish, you just have to enjoy it. It’s all about the long-term and staying in the sport beyond the junior ranks.

“For me, the Mini Marathon was the highlight of my junior career because it is such a different event. I never used to do any track until I was 17 and it was mainly cross-country for me when I was younger and this was much different to that!”

Wightman recalls being slightly awe-struck at his first Mini Marathon in 2008 having spent the majority of his junior career racing in Scotland.

“We used to go down to London and not have a clue who anyone was,” Wightman said. “We were a bit sheltered. For us to come as far south as London and be part of an event like the London Marathon, it was awesome. It was a proper occasion and a great race.

“I can remember the races being typical races for that age. Everyone went off so hard and I would have been with the masses. I can remember the atmosphere being special, going past some of the drumming bands and then finishing in front of the crowds on The Mall. I was lucky because I could then stay on with my parents after my race and watch the marathon itself as dad was announcing.”

As most keen athletics fans will know, Jake’s father Geoff – who is also his coach – is a commentator and race announcer. He has been announcing the start of the London Marathon for many years. Older athletics fans will also know that Geoff wasn’t a bad athlete in his day either, with a sub 2:14 marathon to his name.

“I was quite lucky because I got to fly down to London from Scotland with dad,” said Wightman. “The first year I stayed at the Royal Holloway with the rest of the teams and then the second year I stayed at the race hotel which was fantastic. But the flip side was it takes a little of the excitement away because I didn’t go on the coach trip down with the others. But it probably meant I raced better!”

Though Wightman Snr never commentated on his son at the Mini Marathon, it has now become a common occurrence around the world, including at last summer’s World Championships in London.

“I have grown up with my dad announcing my races and it’s always nice to run well when that is the case,” said Wightman. “But I tend to phase it out now. I think when I get older it will be pretty cool to look back and think we shared some good moments.”

If Wightman’s ambitions are anything to go by, there will be many years yet at the sharp end of world middle-distance running before he starts to look back to those good moments.

And that might include doing the full Virgin Money London Marathon at some stage.

“I will probably do the marathon,” he said. “Both my parents have run it and I would definitely like to think I’ll give it a crack. I think everyone should.”