Jake Robertson is finally enjoying the fruits of his labour 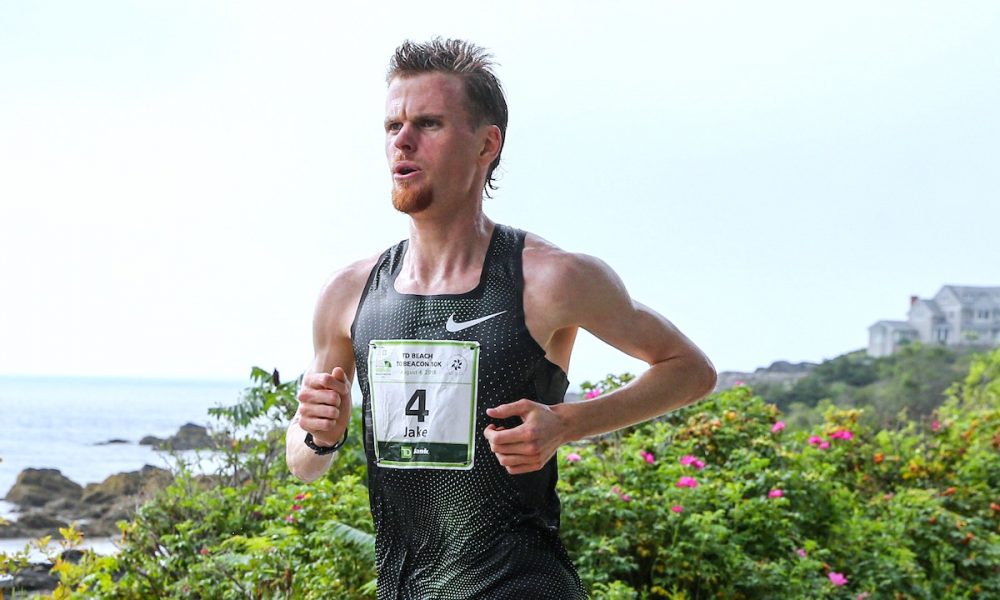 New Zealand’s fastest marathoner chats about his breakthrough year after uprooting and moving to Kenya over a decade ago.

In 2007, Jake Robertson and his twin brother Zane decided they wanted to best in their sport and headed to the home of distance running in Iten, Kenya. It was a dream the two teenagers shared, and a serious one at that, not an audacious pipe dream beyond their reach.

Their trip didn’t really have a well-crafted plan or a return date for that matter, the only intention was to live and train in Rift Valley, 2400m above sea level, ahead of the 2007 World Cross Country Championships in Mombasa, Kenya.

Fast forward 11 years and both brothers are still on the African continent enjoying happy lives alongside their running ambitions. This is now home, far away from the island in the Pacific Ocean where they were born and grew up.

However, it hasn’t all been plain sailing, far from it. Most in their shoes would have been on the first plane back to safe surrounds if they encountered the same challenges, including having their possessions stolen and a battle with a life-threatening illness.

But the Robertsons persevered with grit and determination and stayed on the journey, with all its up and downs, focused on their goal of reaching the top of the distance running world.

During Zane’s golden period, Jake spent most of the time injured, and while delighted for his brother, he was frustratingly unable to make his own mark. Finally, after getting to the bottom of his injury woes, the fast times soon materialised, and this year has well and truly been the breakthrough period Jake has yearned for.

It began with victory at the renowned Houston Half Marathon, which was followed by a stellar marathon debut in Japan, where he clocked 2:08:26 to break the 34 year-old New Zealand record.

Weeks later he clocked 27:28 over 10k in New Orleans to equal the NZ record held by his brother. Who could have predicted that? Twins jointly holding the national record!

The 28 year-old wasn’t done with the record-breaking performances, and at the Commonwealth Games in April, he broke his brother’s 10,000m national best, running 27:30.90. Following a short break, he returned to racing and won the Beach to Beacon 10k in August, a classic road race organised by American great Joan Benoit Samuelson, the winner of the first-ever Olympic women’s marathon.

September saw a return to the Great North Run, where he finished second to Mo Farah in a new half marathon PB of 59:57. He now has eyes on his second tussle with 26.2 miles at the Toronto Waterfront Marathon in October.

Fast Running chatted with the distance running titan to find out more about his journey from New Zealand to Kenya, his marathon debut, and holding a joint national record with his twin brother.

Fast Running: Firstly, congratulations on breaking the New Zealand marathon record, on your debut over the distance no less. Could you talk us through the race?

Jake Robertson: I felt that I got confused about my main goal, and that was to win the Lake Biwa Marathon [Robertson finished third, just 30 seconds behind the winner].

After 30km when the pacemakers dropped out, I began hitting the front to keep the pace on for a fast time, but each time I ducked behind, it slowed by about 12 seconds per km.

I became frustrated and felt I couldn’t go with the move at 37.9km, although I still ran my fastest km of the race.

I knew how I was feeling and kept coming strongly, but the other two on that day were just more patient.

At the end of the race I knew I could have run faster. My training had suggested around 2:05 was possible, but so many little things can change the outcome of a marathon. On that day it was 20 degrees in the sun.

FR: The running world was eagerly watching to see what you could do in the marathon. Did you feel any pressure going into the race?

JR: I only felt the excitement. I always change any pressure or nervousness into that.

However, among the athletes and fans they really showed some love and respect.

FR: At the start of 2018 you ran 60:01 at the Houston Half Marathon to equal your PB. Were you disappointed not to break the 60-minute mark?

JR: I was focused on the main goal in Houston and that was to win, that’s why I was so overwhelmed by emotion afterwards.

I know when the time’s right and if the weather is perfect then I might even run 58 minutes for the half. FR: At the end of March, weeks after your marathon debut, you equalled your brother’s national 10k record of 27:28 to win the Crescent City Classic in New Orleans. That must have felt special?

JR: It really was a special moment and not only because of equalling my brother’s time, but also because I defended my CCC10k title after my marathon debut. Nobody thought I could do that, except myself and my training crew.

FR: Do you wish you had been just slightly quicker or is the joint record with your brother something special and enough for now?

JR: We both found it funny and instantly started talking about a race that we could both gun for in the future.

JR: Injuries are always frustrating but two consecutive years getting the same calf problem just before or at a race was devastating.

Myself and the many physios I saw, could never work out what the problem was, and I was left wondering if I would ever compete again.

Finally I got the right diagnosis, thanks to Dr. Webbourn. It was actually a back issue! Which made sense! So I got to work on the rehabilitation and it’s never come back.

FR: Going back to your early years, before you moved to Kenya, could you tell us a bit about your childhood?

JR: I had a very healthy upbringing by my parents and while they worked I had the same healthy lifestyle on the farm with my grandparents.

I was bullied most of my childhood along with Zane, so we used to hangout together watching each other’s backs. I was very good at any sport I attempted, but running came naturally to both of us. We would always be first or second throughout our school years.

By high school everyone had started proper training and I didn’t even know what that meant in running.

I got to the High School Island Championship in 2004 and got beaten, I despised that feeling and decided then that I wanted to be the best in the world and started to actually train. The next year, aged only 15, I made the New Zealand team for the World under-18 Championships.

FR: Why did you and Zane decide to move to Kenya? Whose idea was it?

JR: In 2006, I was selected for the World Cross Country Championships in Fukuoka, Japan, and this was where I met all the Kenyan athletes, including Augustine Choge, Benjamin Limo and possibly most importantly met Saif Saaeed Shaheen of Qatar (formally Stephen Cherono of Kenya).

I was very interested in how they trained and where. They trained in the highlands of the Rift Valley and I asked them if it would be okay for me to train with them before the next World Cross Country Championships due to be held in Mombasa, Kenya. This is when I made the plan.

Zane had the same intentions as me and wanted to make it as a professional athlete. So when I told him about the plans, he had my back when no one else did.

FR: What was your training and living arrangements like in those early days?

JR: At the start, we were staying in a bad camp and had almost everything stolen little by little, until I met Shaheen in the streets of Eldoret.

He took us out to dinner, heard our situation and said: “Tomorrow I’m finding you a place to stay at my camp, don’t worry.”

We moved into a 12 by 12 ft single room right beside him and he paid the rent. We had a small foam mattress on the floor, a sleeping bag each, and a rope to hang out clothes across the middle of the room.

FR: Was there a low point when you regretted the move? And now a decade later has there been a particular high where you can say ‘this has all been worth it’?

JR: Even when I had malaria along with another illness at the same time and thought I could die, I didn’t think it was a mistake, because I’d really given my all to the dream of being the best professional athlete I could be.

When I set out to try and achieve what I wanted, I was aware of the challenges that there could be.

When I won Houston Half Marathon in 2018 against the most stacked field ever assembled on American soil, then I felt 11 years of pain had all been worth it. The celebration when I crossed the line showed that.

FR: How would you compare where you live in Kenya to a typical ‘western’ set-up?

JR: I live on about half an acre of land in a small but nice house. It has everything I need while I’m training.

I focus only on the positives of this place. Whenever I think of what’s easy and nice in other countries, I remember what I’m doing here and that’s to train hard at high altitude with a group of world-class athletes in an incredibly beautiful landscape.

Also, the best thing about my move to Kenya is that I’ve found myself. I’ve got what I was looking for, and that’s more than just being a professional athlete. I’ve got a life. I’ve met my loving wife and I’m on an upward swing towards my athletic goals.

FR: You memorably proposed to Magdalyne Masai at the Great North Run in 2017. How did you meet?

We both had the same interests, same humour, understood each other and just clicked. She stands by me and understands the sacrifices I have to make to be the best I can. FR: Now, Zane and yourself live and train separately. What is your relationship like today?

JR: We both have our own lives as we always did, even when we lived together. We are still close and the space away from each other makes the time when we do meet up only better.

Zane and I are burnt together forever because we survived together.

FR: Who have been the most influential people in your running career so far?

JR: The most influential people for me have been Eliud Kipchoge, Patrick Sang & Shaheen.

Eliud helped me to believe in myself, and while I was training with him for some years, Patrick Sang really helped me to understand some major points about training and that’s why I’m able to be self coached today.

Shaheen paid rent for us, bought food and while staying with him I got to see how serious you have to be to make it in this sport.

FR: Finally, how would you sum up your journey and experiences over the last decade?

JR: Never regret an experience – plain and simple. Why would I doubt the 11 year journey I’ve been on now?

When I look back, I see everything as a positive, and it’s made me who I am today. I’m a happily married man who is known as a beast or monster when it comes to my profession.

RELATED: How I train: Jake Robertson