Jack Gray has his sights on more than tabloid headlines 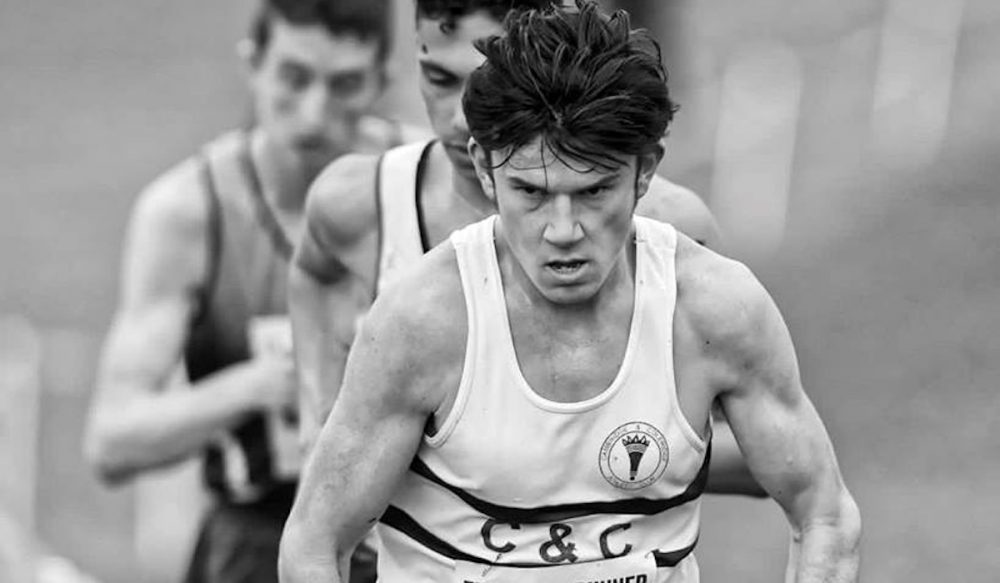 Jack Gray hit the headlines this week after winning – then being disqualified – at the Cambridge half marathon. We discover the city’s bright young talent has a lot more to offer than tabloid filling fodder.

The Cambridge & Coleridge ace is well known on the national racing scene for his distinctive ‘karate chopping’ running style, slicing his way to top class results on the country and roads off an astonishingly low mileage of 35 miles a week.

He admits it is only in the past year that he has started to take running more seriously again following competitive results in his teens and early twenties with Birmingham’s BRAT club (Birmingham Running, Athletics & Triathlon). This included a win at the 2013 Home Countries international cross country, and fifth place positions at both the BUCS and the U23 English national cross country championships.

During that time he completed a Geography BSc and a Masters of Research in Human Geography – who says men can’t multi-task!

Gray’s 2018 has been a busy one so far, earning his first England vest when finishing 13th at the Easykit Cross Cup in Belgium, and, just four days later, scoring a new 14:17 5k PB at the Armagh 5k.

The karate kid also fought a fierce battle for the Midlands cross country championships title, narrowly losing out to Stoke’s Alex Brecker, before posting a 17th position at the English national cross country. 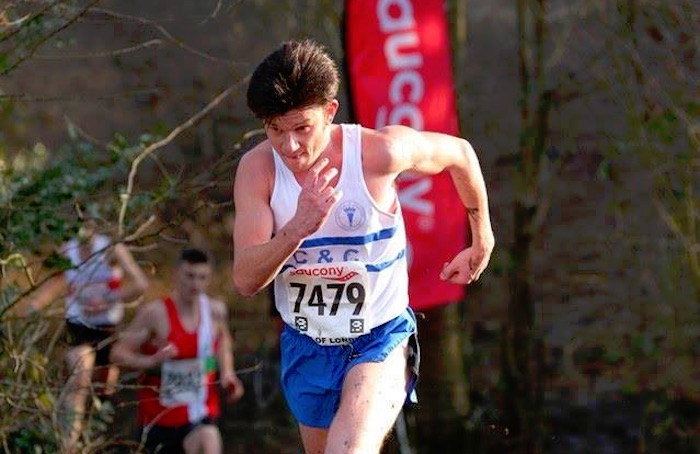 These results followed an increasingly successful 2017, when he says he surprised himself by finishing 14th at the Inter-Counties and third at the Home International cross.

Fast Running: Firstly, let’s clear up what happened at the Cambridge half marathon – it made national news, what’s your take on it?

Jack Gray: Firstly, I should apologise to OSB events, the race organiser. What happened was I was offered a number last minute by my colleague.

After trying to find a replacement for him, and failing, I decided I’d use the number to smash a final tempo workout before the Inter-Counties and round off a big week of training.

I made a donation to Cancer Research (the race charity) and sent an email in the hope the organisers would pick it up. The organisers were working tirelessly to put on a brilliant event, so they didn’t.

On a Saturday night train back from my university reunion in Birmingham, I discovered Lincoln AC’s Aaron Scott was planning to race. I offered to pace him and the other leaders through 10 miles in roughly 5 min/miles. Unfortunately, Aaron wasn’t feeling great due to training disruptions caused by the ‘Beast from the East, and had to ease off.

I continued to pace the guys through to 10 miles, at which point I was feeling fresh and not suffering from my usual stitch (caused by Median Arcuate Ligament Syndrome).

At this point, I realised I could win and run a decent time. The cheers of my friends took over, and I wrongly continued to run 5 min/miles into the finish line for a 66-minute debut. I immediately declared myself ineligible for the win, and the rest is history.

Anyone that runs, or anyone that has access to a race’s Facebook page knows that number swapping is commonplace, although this doesn’t make it right.

The adverse weather meant swapping was going on more so than usual, and although I don’t blame the organisers at all, I think most people would rather see places filled and more people inspired at our big city races than places go to waste.

A simpler last-minute online swapping process would be ideal, and I’m sure most people wouldn’t mind having a ‘nameless’ number as a result.

FR: Now that’s cleared up, can you tell us a little about your coaching set up at C&C, the club seems to be booming at the moment?

JG: The work Mark Vile, Jo Newcombe, and Ollie and Ric Park (and many more) have done at C&C in the last few years has transformed competitive distance running at the club. Crucially the improvements are sustainable, being based on local talent and a welcoming atmosphere.

The club’s junior section is now one of the best in the country, and that success is beginning to filter into the senior ranks. Also, you really don’t want to mess with the C&C ladies!

Mark himself is keen to emphasise the teamwork mentality at the thriving city club.

He says: Our group and club has improved immensely over the last couple of years through the hard work of its volunteers, coaches and team managers. We are lucky to have many homegrown talented athletes, as well as newcomers to Cambridge, such as Jack. 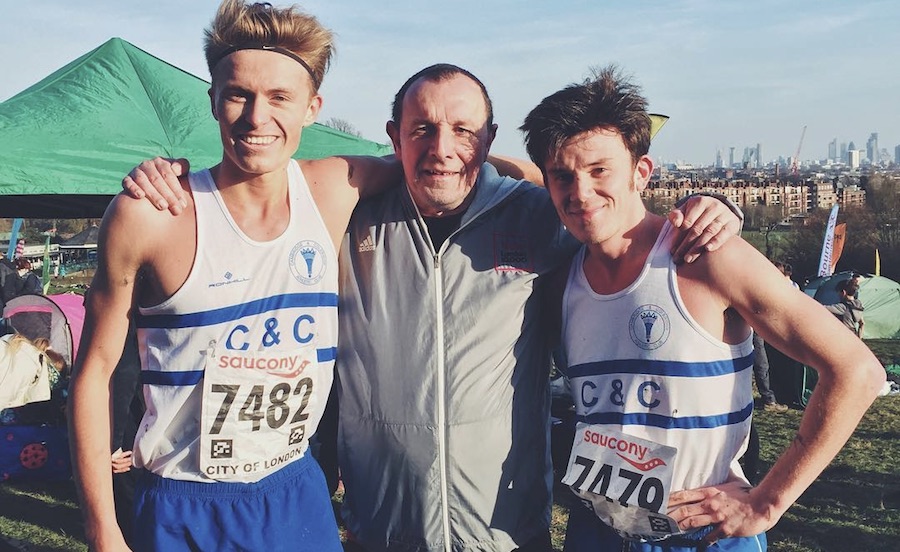 JG continues: Although my coaching set up is pretty ‘laissez faire’, Mark is coaching me at the moment. I’ve been lucky enough to have been surrounded by great coaches and smart runners since I started out though.

In my younger and more vulnerable days, before I morphed into a complete BRAT, I trained with a talented junior group at Birmingham Rowheath AC.

The group included charismatic ladies’ man Paul Thompson, who could win the Inter-counties then ‘forget’ to train for a few weeks – legend!

Then at the age of 15, Nick Price (BRAT) took me down to Birmingham University where I joined Bud Baldaro’s group. I learnt a lot from Bud, but most importantly I have Nick Price to thank for the sustainable approach to training I now abide by.

I now use knowledge gained from Nick, Bud, Luke Gunn and Mark to improve myself, and in the past few weeks Mark has convinced me I should give this running lark a bit more of a go!

I’ve promised him and Jo I’ll start to up my mileage, and my girlfriend Becky is a physiotherapist, so she’ll keep me in check.

FR: What do you do for a living, and how do you fit it in around training?

JG: I’m a full-time transport planner, sound exciting? You don’t know the half of it. My training load at the moment isn’t that great, I fit my steady runs in at lunch and everywhere is a short bike ride away in Cambridge, so meeting at 6:40pm ‘down the track’ is easy peasy.

However, my boss, Mike Salter, is a good marathon runner, so I’m sure he’ll let me make up the time when I pick up my mileage.

FR: Do you have a strict nutrition plan, or are you more relaxed about how you fuel your training?

JG: I’m more of an eat what you want, when you want kind of a guy. It’s all about balance and moderation in my eyes. I do, however, have an industrial bag of oats airlifted in from Quakers each week, and rumour has it I could compete with Eamonn Martin in an ‘all you can eat’ Weetabix showdown.

I love my wine and real ale, and I recently went on a French bread course, so watch out Hollywood (Paul Hollywood, Bake Off presenter and renowned bread expert).

FR: Looking back on your running achievements so far, what performances stand out for you?

However, I think winning the Home International cross country as a junior is my highlight.

FR: Looking ahead, what’s next for you in the short and long-term?

JG: This year I’ll be raising my game. Running for your country is the highest honour one can achieve – I’d be happy to make the tiddly winks squad, but will focus on cross country and road for now.

The Commonwealth Games comes to my hometown in 2022, and although it’s a long shot, I’ll be getting serious over the longer stuff in a few years to try and join that party.

This year I’ll be aiming for the Mid-Cheshire English 5k championships – an amazing event – a sub-14 for 5k, making an effort to get in shape for the Liverpool cross country (European championships trials), recording my first (cough) half marathon time at the GNR, and enjoying myself over a few 1500m races.