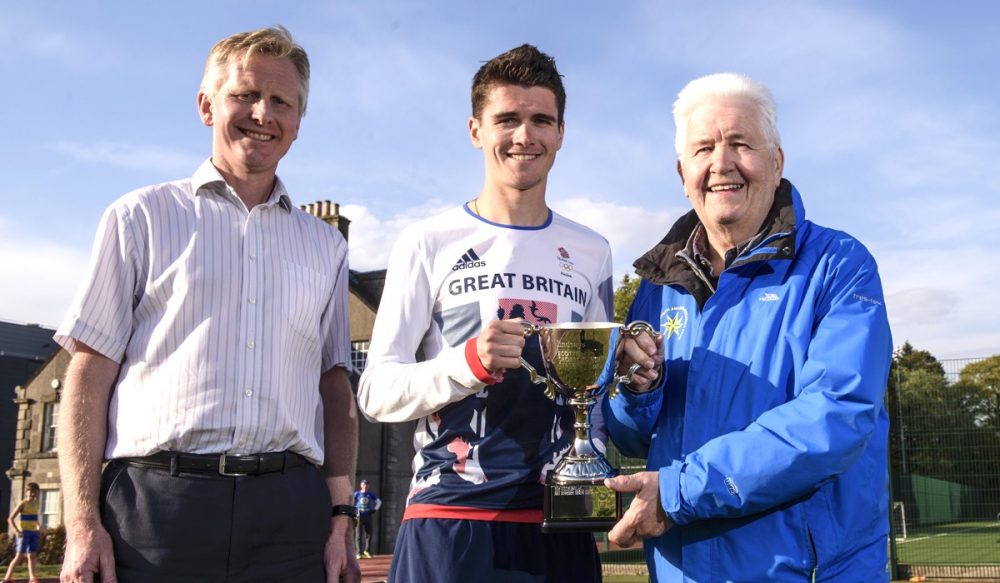 “I want us to be a sport where everyone in it is pulling in the same direction” – that’s the reason Ian Beattie, chairman of Scottish Athletics, thinks the recent success stories are developing in Scotland.

With athletes like Laura Muir, Callum Hawkins, Eilish McColgan and Andy Butchart, to name just a few, taking Scottish running onto the world stage, the governing body’s contribution to the success surely must be applauded.

At the start of the conversation, while acknowledging that it’s doing its part, Ian Beattie is very quick to point out that the success of Scottish athletes is really down to the hard work and dedication by the athletes and their coaches themselves.

Since spring 2012 Beattie has been at the head of the governing body and has been instrumental in creating an: “environment that helps coaches and athletes develop”. This has primarily been done by a focus on local clubs.

“The Club Together Partnership Project, sponsored by NVT Group, is a key part of the Scottish Athletics national club development programme” reads a statement on the body’s website.

Beattie describes this programme as: “a relatively small investment from the club, Scottish Athletics and local authorities to put in place a part-time Club Together officer in each club” that will help with the overall direction of the club.

“This person can then think about the structure, objectives and process to achieve these,” Beattie tells Fast Running. “How many clubs don’t have the direction? You turn up on a Tuesday and a Thursday but what are the main goals?”

It’s clearly not just about handouts or the governing body telling clubs what to do. Each club has to be willing to get involved and currently there are 29 clubs across Scotland that are taking part, with many more working towards the status.

“Some of these clubs now have sessions or activities seven days a week, taking advantage of more facilities and some of the top clubs are close to having a full-time chief executive overseeing things,” he says positively about the work that has happened in recent years. 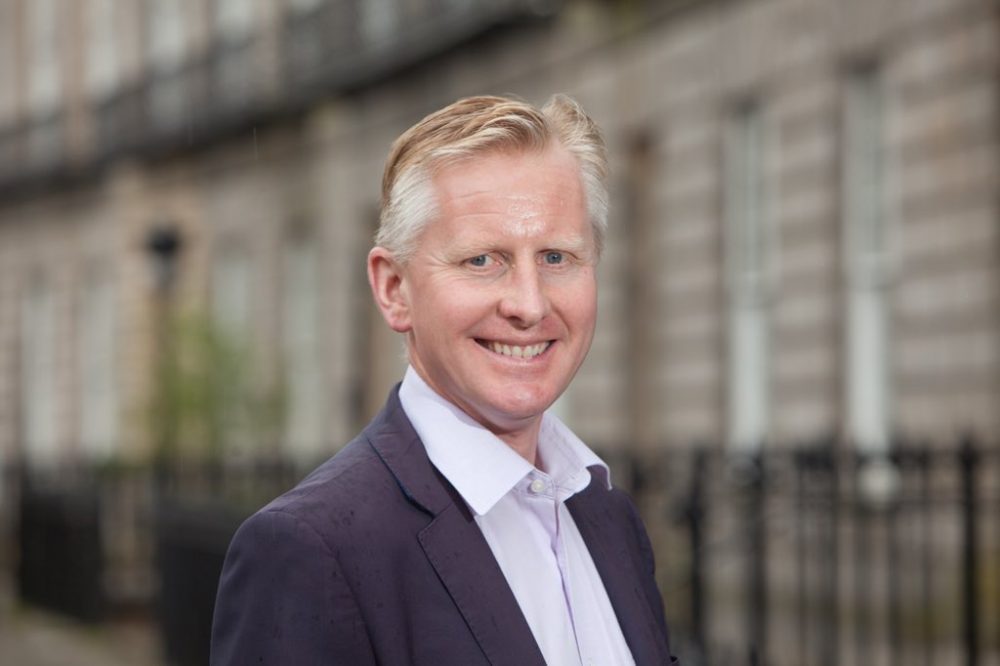 Also as a chartered accountant and the chief operating officer of Lindsays Solicitors, Beattie believes that: “sports administration isn’t massively difficult, but it’s important to get more people involved and make them better at what they do.”

The whole team at Scottish Athletics is praised by their chairman, with former chief executive Nigel Holl, now Director of Strategy and Partnerships with UK Athletics someone who was mentioned several times.

“Communication is key and we’ve got a first-class communications team that’s led by Peter Jardine, with a constant stream of information,” he says. “It makes people feel part of what Scottish Athletics are doing.”

The team and structure in place in Scotland is something other governing bodies should look to as an example. In England, we’ve seen the scenario where it can very quickly become an “us and them” situation. The blazer squad interfering with the sport that the athletes love, but you don’t see this happening with Scottish Athletics, like you seen with the Jonny Mellor saga.

With good communication, this may not have been the case. But when the decision about Mellor was announced there was almost a cloak of secrecy from England Athletics, rather than highlighting some of the logical reasons why the decision had been made to not include the marathoner in Commonwealth squad.

There was a voice trying to explain this on influential Facebook group IWOOAR in Ian himself, but that certainly isn’t his role.

People feel part of what Scottish Athletics are doing

Once again this is another area that Beattie gives a huge amount of credit to others, which is certainly due, but it’s his own communication and approachability that is so vital too. The fact that the keen ultra runner is outspoken, yet approachable on social media is doing wonders for the belief that people have in their governing body. It just feels like a fellow athlete is in charge – and that is the case.

“We go to the cross country at the weekend, we’ll walk around and chat with people. They get a chance to raise issues and we get a chance to tell them what we’re doing,” he says of his approach. “Not everyone is off the same opinion but if you’re discussing it then they’re more likely to see that you’re doing what you can and have the best interests of the sport at hand.”

One of the other qualities why Beattie the right man for the job is his lifetime of involvement at the club and athlete level. He is a member of Harmeny Athletic Club and previously a member of Portobello, Strathearn Harriers, Central and Troon Tortoises.

“I was training alongside Andy Butchart when he was developing, well not exactly alongside, but in the same session,” he says reflecting on his time at Central AC. 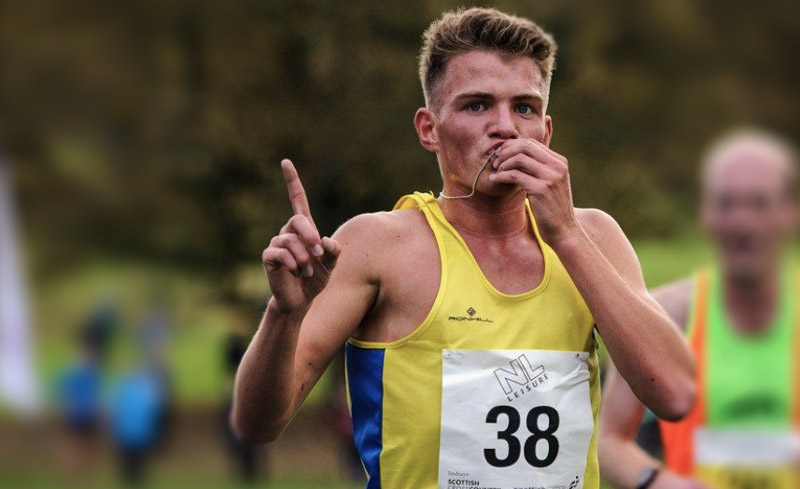 How many chairmen have experience at that ground level of the organisation at which they sit at the head of?

The commitment to the clubs in Scotland from the top athletes is also clear and this is in part down to the work done by the governing body.

“When Laura turns up at the National 4k Championships the youngsters absolutely love it, she’s an inspiration,” Beattie says. “Eilidh [Doyle] always comes up to these events too and there’s a loyalty where they want to do their bit as they understand the importance of what they can bring.”

How will Scottish Athletics keep improving?

The current league structure is called into question, with the multi-sport focus for athletics, with sprints, throws and endurance all mixed into one event. Beattie says he would like to see: “specific meets for sprints or throws. This might need some changing of the rules around first and second claim clubs so that athletes can train and compete at the level required for their development.”

“Alan Bertram [who sadly passed away in 2013] was a great forerunner in this respect with his ‘Hammerama’ meets for hammer specific competitions and part of his legacy is seen in the standard of hammer throwing in Scotland now,” he explains, highlighting that it can be done.

It’s an athlete-centred approach and development is key. Sport England is focused on participation, that’s the key figures in “getting the nation active” but it’s fundamental to combine this with development and performance coaching. All three elements need each other to work and focusing on just participation isn’t going to do that.

It is refreshing, not only to hear the Scottish Athletics chairman’s ideas and ambitions, but to see them in action and the positive effect they are having on the sport we all love. Other governing bodies will surely have to follow suit with the progressive actions of Scotland or forever be left behind.

Morgan & Paloncy: Winners of The Spine ‘268 mile’ Race
Aly Dixon has an “unfinished” chapter in her marathon story