Before his fourth marathon, the American star chats about his targets in Chicago, training and his thoughts on Mo Farah over 26.2 miles. 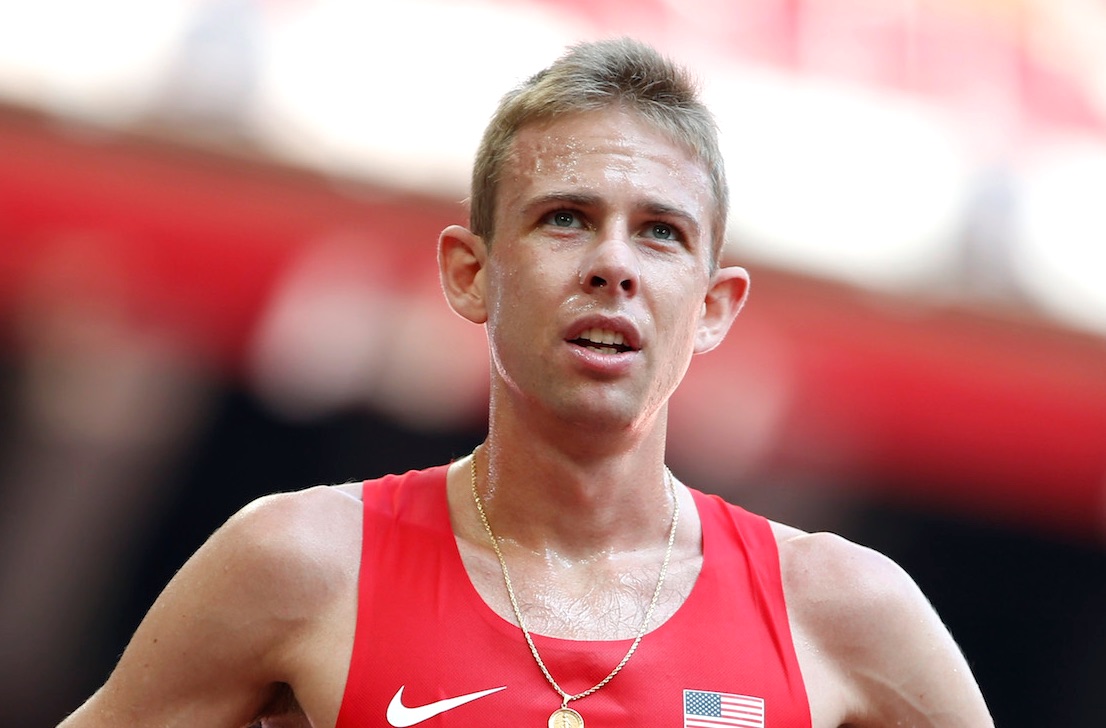 Galen Rupp says he’s in the best marathon shape he has ever been in and aims to win in Chicago on Sunday. On Mo Farah, he adds, that after an initial transition “he’ll do great things” in the marathon.

On Sunday, when he races down the streets of the windy city, Rupp knows he finally has a chance to show what he is capable of over 26.2 miles. In his third and last marathon effort in Boston his preparation was disrupted by a niggling foot injury, and now as he goes through his final preparations for Sunday’s Chicago Marathon he’s ready to toe the line in the “best shape he’s ever been in.”

“My preparation for Chicago has been great, especially when compared to my build up for Boston which was rough with the plantar fasciitis injury,” Rupp says. “Just to be healthy going into a marathon is huge for me. Looking at the marathons I have ran before, I was a bit banged up before Boston. At the US trials and the Rio Olympics, I was still doing a lot a track work which wasn’t ideal before a marathon.”

“This time my workouts in training have been phenomenal and this is by far the best shape I have ever been in for a marathon. I’m looking forward to seeing how that translates into the race on Sunday.”

The Oregon Project athlete believes that he can be the one to break the hold by African-born athletes on the World Marathon Majors.

“First and foremost I want to win. I am a competitor and going into any race I always approach it with the mentality to win,” he says. “I definitely think I am in shape to run a fast time in Chicago.”

A marathon major win by an American-born athlete in this era has the potential to a create a huge ripple in the marathon world. It could manifest as a belief among American and European long-distance runners that the impossible is possible, similar to that of Roger Bannister in 1954 when he became the first man to run a mile in less than four minutes. Soon after Bannister’s achievement, it wasn’t long before someone else accomplished the same, and then more and more followed because they believed they could.

Maybe that’s a stretch, but aiming to stop America’s best distance runner in recent times from doing that on Sunday are eight athletes who have ran faster marathons, five of whom have ran under or low 2:05, including world record holder Dennis Kimetto, Olympic silver medalist Feyisa Lilisa and defending champion Abel Kirui.

His previous marathons have been slow affairs by elite marathon standards, and as such he is untested in a fast race. His best is 2:09:58 and to really compete at the top level he needs to a 2:05 marathon in the not too distance future. Sunday has the potential to be that run.

“I never like to put times on my races, I try not to put limits on myself. There is a lot of factors that go into a marathon race, the weather, how the race goes out, but I am ready for whatever comes,” he says. “The other marathons I have run have all been fairly tactical and slow, at least in the first half of them, so I definitely think there is a lot of room for me to run faster than I have in the past.”

This year is the first time for as long as he can remember that he does not have any track commitments, and without the juggling act of track and marathon ambitions, he’s already seeing the benefits.

“You always have to rest before you run a track race and this interrupts your training. It definitely has been big not having to do a ton of speed work, meaning less sprinting, so the workouts have been easier to recover from, he explains. “Over the last few months I’ve had two road races and those went great. I didn’t really rest a lot before both of those because those sort of races go hand in hand with training for the marathon.”

Another Oregon Project runner who has also recently taken the decision to end his track career and pursue glory on the roads, is Rupp’s longtime training partner, Mo Farah.

“He obviously has a great pedigree in track racing which is a great starting point. There will be a bit of transition I am sure with a lot more of the longer training, and that’s something I came to realise,” he explains. “Marathon training is a lot different than training on the track, so much of track is about closing speed and how fast you can run the last 400m, which Mo has obviously been really good at and proved over and over again.” 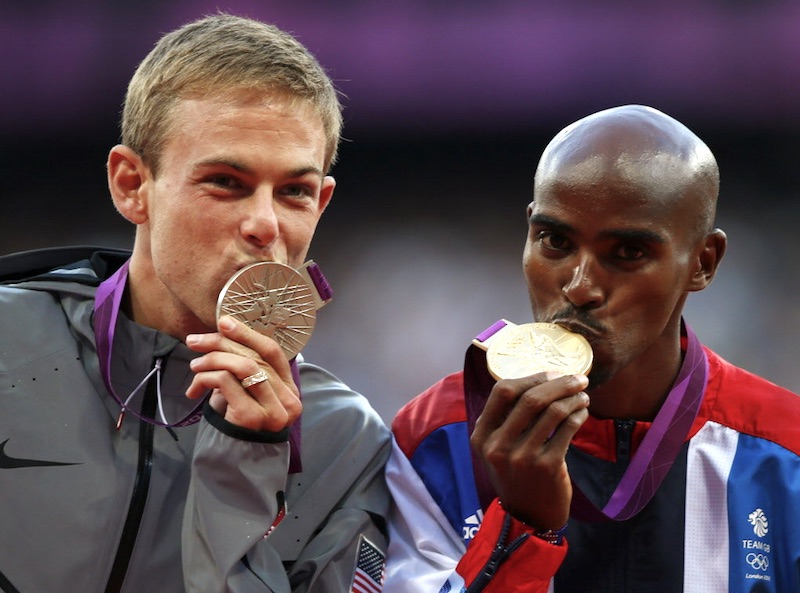 “I think once he gets over the marathon transition he’ll do great things. I think he opened in London with 2:07 a few years ago, and that’s a pretty darn good debut if you ask me,” he says. “One thing about the marathon is that experience is huge because what you go through in a race is very hard to replicate in training. Over the next few months and years, he’ll make some adjustments to his training and he’ll be a success.”

While this summer’s World Championships taking place, Rupp was doing his own thing on the other side of the Atlantic, logging endless miles on marathon long runs, a decision he doesn’t regret.

“It was a little weird not to be in London, I’ll say that for sure. But I am really happy with the decision I made to stick with the marathon. When you are at a major marathon with a great field and the excitement that surrounds the city, it really reaffirms that I made the right decision to leave the track behind,” Rupp says. “This summer was the first time in about 16 or 17 years, since I was still a junior in high school actually, that I have been home in Portland for a whole summer.”

Aside from the endless miles and workouts, Rupp has also tried to prepare for the expected hot Chicago weather. “I’ve done a lot of runs in extra sweats, and I’ve been running on the treadmill with the heater on to ensure I’m ready for any heat and humidity,” he explains. “It’s important to not leave any stone unturned when preparing for one these things and if it’s hot I feel like I have done everything I can to prepare.

Looking at the future, at 31-years-old, Rupp is still young by marathon years, and admits he has “a lot of room to improve and get better at the marathon.”

“I am still fairly new to the event and as the years go by I think there is a lot of things I can continue to do in training. Right now, there is no need to take huge risks with what we do in training, we are just building it up slowly,” he says. “We always pride ourselves on taking a very long-term approach to things and always keeping my health, first and foremost.”

“When I get closer to the end of my career, then it’s worth taking those extra risks with crazy amounts of miles and workouts,” he adds. “If I get through that type of training, healthy, that’s when I think I can run my ultimate and fastest marathon.”