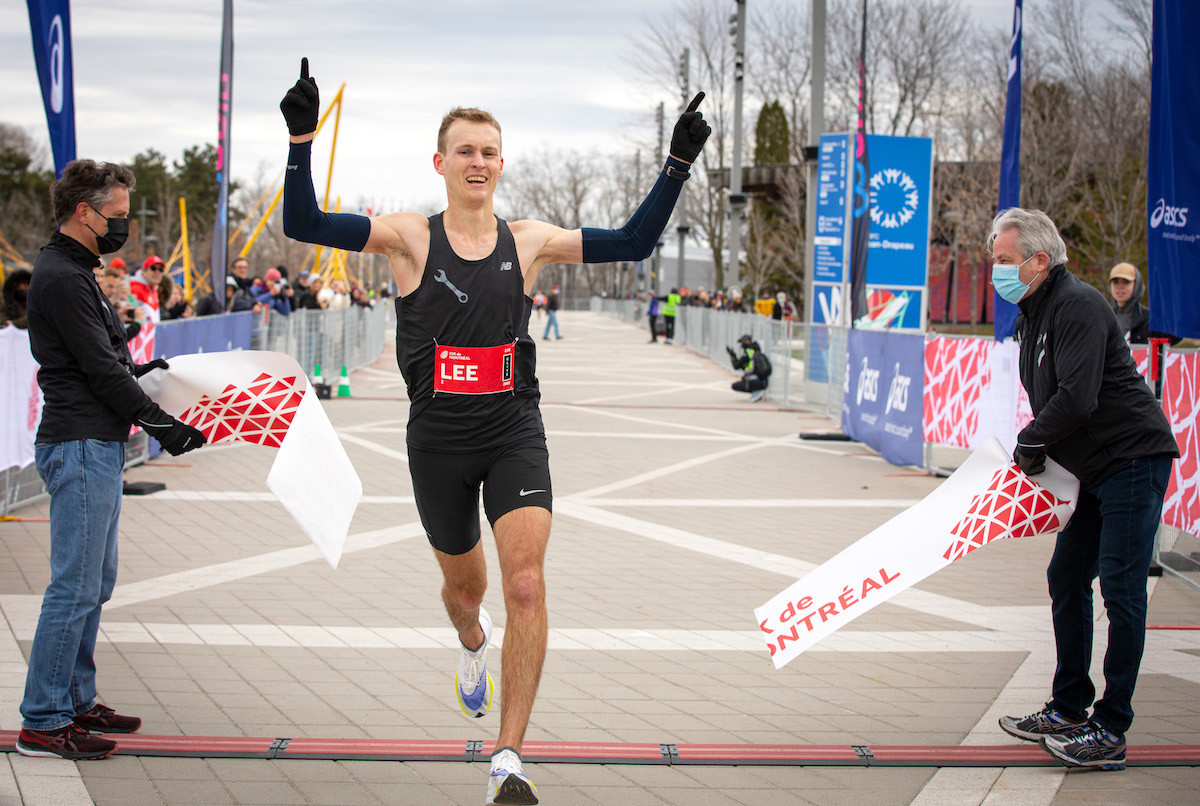 With the focus clearly on the medallists at the 2021 Canadian 10K Championships, it was easy to overlook the personal best setting performance of Lee Wesselius, who missed the podium by twenty seconds. Obscurity suits him fine, though.

The 28-year-old from River Glade, New Brunswick, a rural town half an hour outside Moncton, recorded a splendid 29:13 that day. Clearly, he enjoyed running along the shore of Lake Ontario as he will contest the 2022 Toronto Waterfront 10K on Saturday June 18th on an identical course. Memories of his previous visit linger.

“It had been a while since I had been racing and my training had been going well so I knew I was ready to make a big jump (last year),” he said from his current home in Mountain, Ontario where he works full time as a large animal veterinarian.

“It was a really good field there. I was in the middle of a marathon build so I was kind of just going to race and see where I was at. I was happy because some of the guys I was able to beat are pretty good competitors. And there were a few other guys just ahead of me who have run pretty fast times themselves, so I was pretty happy how it went.”

Three weeks after that 10K race, he finished second at the Indianapolis Marathon in a new personal best marathon time of 2:16:41.

Getting in the miles in alongside work as a vet

What is remarkable about Wesselius is the fact he is able to combine veterinary medicine with running.

“Usually, my days are a 7:00 a.m. or 7:30 a.m. start and I am usually done 3:30 p.m. or 4:00 p.m. -ish,” he revealed. “I usually alternate (work) weeks of five days with four days. There’s also some on-calls every fourth weekend. It sometimes makes it harder to get training in. Usually, I stay close to home and sometimes you get ten minutes into a run and you get a call.

“Usually, I am able to squeeze two runs in. I just have to wake up a little earlier. It doesn’t always happen. During a non-marathon build, I will try and hit 100 miles – 160 clicks – then with a marathon, more.”

Although he admits to having many injuries while studying first at St. Francis Xavier and then at the University of Prince Edward Island’s veterinary school, he has been consistent more recently. His efforts earned him his first international vest worn at the 2022 NACAC Half Marathon Championship in San Jose, Costa Rica on May 22nd. He earned a bronze medal there.

Stepping onto the bigger stages

“It was a nice to make a national team,” he said with a smile. “Obviously it helped that a few of the top guys had other plans and didn’t declare which allowed a few of us the chance to compete in an international event. There was one guy who had run 61 (for the distance). The field was smaller, the US and Mexico didn’t send teams, but it was nice to get to race internationally in a competitive race.”

Wesselius has been self-coached since leaving St. Francis Xavier when Bernie Chisholm was at the helm. So, he takes a rather relaxed approach to his training and racing. Indeed, at the recent 2022 Canadian 10K Championships, held in Ottawa this past weekend, he finished 5th (29:58) before getting up at 5:00 a.m. the next morning to pace Canada’s Kinsey Middleton to victory in the marathon.

He is in an enviable position in that he doesn’t depend on running for his living.

“I had a lot of injuries when I was an undergrad and I don’t feel I hit my potential, but I kept working on it,” he admitted. “I keep improving year after year and I figure as long as I am enjoying it and making those improvements, I will keep working.

“Obviously everyone wants to run the Olympics and World Championships but that is out of reach at this point. But if I can keep chopping minutes or seconds off here and there, I will see how far it takes me.”

The impact on recovery

Combining a full-time job with his training load can often be a challenge. He doesn’t have the luxury of relaxing between sessions as some of his competitors might.

“Some of the calls can be hard on the body,” he emphasized. “It would be nice to be able to sit round between sessions but running is not a sport where there is a ton of money involved unless you are at the very, very high end. It’s a lot harder to commit to that as a career.”

Wesselius will take on all comers at Toronto Waterfront 10K and if he has a particularly good work week then watch out. There is more improvement on the horizon.