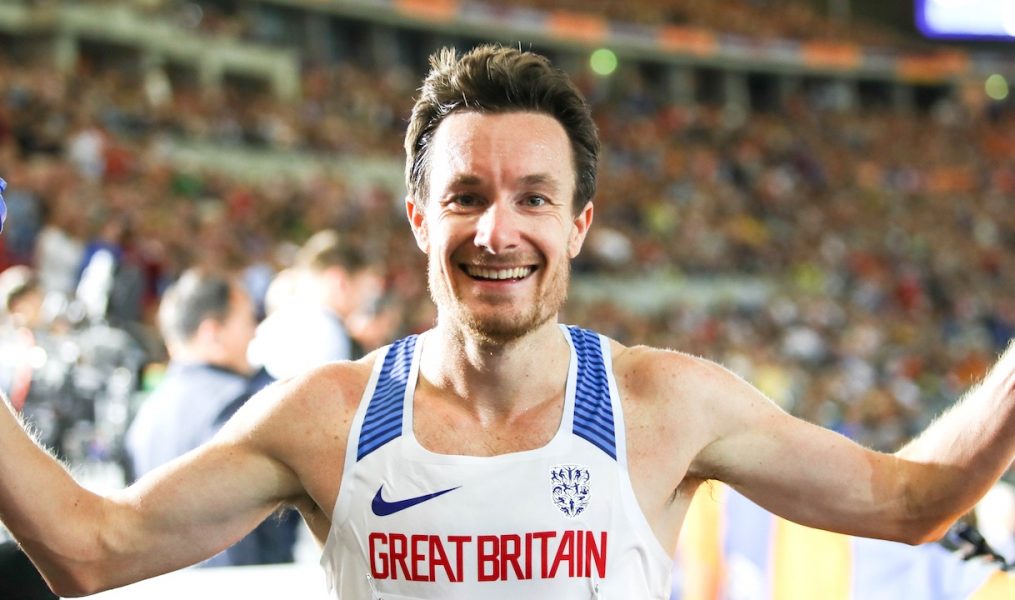 The distance running ace chats about the upcoming New York City Marathon, his desire to give back to the next generation, and the oddest prize he has ever won.

Fresh off the back of an unprecedented third Great South Run victory, Chris Thompson is gearing up for his next marathon challenge in New York on November 4.

The Aldershot, Farnham & District star looked imperious in victory in Portsmouth (October 21) as he broke the 47 minute barrier for the first time in the Hampshire sunshine.

The journey to achieving a 10 mile personal best at the age of 37 has not been a smooth one for the upbeat athlete, though. Just three years ago Thompson had to learn how to run again after a potentially career-ending Achilles operation.

Now one of the UK’s fastest ever track runners is set to take on the New York Marathon after going back to basics with his training.

However, just one month after that scintillating marathon debut he sustained a serious Achilles injury. Agonisingly, a subsequent operation threatened to call time on the endurance maestro’s career.

Innocuous as it might sound, it wasn’t a gruelling cross country or a cut throat track race that brought Thompson to his knees – it was a fun run!

He couldn’t walk for days due to debilitating pain in his Achilles. It was to be another five months before he received the damning diagnosis and finally a plan for treatment began.

The doctor who operated on him told him that his Achilles would never heal without surgery.  Worryingly there was no precedent of an athlete of his calibre coming back from such a procedure to the same level again.

Come back Thompson did, but only after having 50 per cent of his Achilles removed and reattached to his soleus muscle.

The ensuing three years have seen the 61:00 half marathon runner having to adapt to a whole new biomechanical system as a consequence of the operation. The surgery had left him with a lesser range of movement and pain in his feet.

Taking on the New York Marathon

He will soon take to the roads of New York hoping to add another medal to his accolades over 5k, 10k and the half marathon in the Big Apple. How is he feeling ahead of his fourth marathon in four years?

“New York is not a race for fast times, but instead it’s one of the best for real racing – no pacesetters, no world records, just hard running,” he explains. “It’s been on my bucket list for ages. It’s at the right time of year for me at this point in my career, and I’m excited about all the unknowns going into the race.”

Those unknowns Thompson mentions include the undulating nature of the course for one thing. There is also the form of his competition, and whether his own training will have prepared him for the task ahead.

It’s clear they were no real indication of his aptitude for the distance. His less than perfect build up to London 2014 still resulted in that 2:11 PB regardless.

“The first nine weeks of training went well for my first marathon, but then I picked up an injury which affected the last block,” he reveals. “I ended up doing a 12 mile tempo run the weekend before. I then did a 16 x 400m on the track in the days leading up to London, as I had to do something to see where I was at.”

It turned out where he was at was pretty fast.

That should be no surprise, though, for Thompson has one of the quickest pairs of legs in the country.

Those attributes have taken him to several senior European Athletics Championships (not to mention an U23 gold medal over 5000m), an Olympics and Commonwealth Games.

He believes he has now reached the top of a significant “training mountain”.

Although he feels he still has “work to do” between now and November 4, it has been his best marathon build up to date. He credits returning to track racing for his improved form last year leading into 2018. That was a decision he made to help his feet regain their former function.

That decision, which he says came after “everything came to a head – my body was not allowing my physiology to work to its full potential” – has paid dividends this year.

He then ran 13:25.29 at the Payton Jordan International in May, followed by his second fastest ever track 10k at the Highgate Harriers Night of the 10,000m PBs. Thompson enjoyed a thrilling finish with club mate Andy Vernon and Kent’s Alex Yee to run a superb 27:52.56.

He said although he was pleased with that run – “my spark was back, I was getting back to my best” – he still wanted more.

His most recent outing was a victorious one in Glasgow, where he ran 62:07 to win the Great Scottish Run. It was a race he admits he didn’t taper for and instead treated as a session. He explains: “When I woke up on the morning of the race in Glasgow the first thing I thought of was the next three weeks of hard training to come. The half marathon was secondary, as New York is clearly the main goal.

“Although my marathon training only started nine weeks ago, I was in good nick after the European Championships. I’ve felt my training has allowed me to build to the point I want to ideally be at. Where I can turn up to race any distance well with my current training. Mo Farah has been able to do this very well!

“I enjoyed the victory, but my mindset was purely ‘New York’. I flew home that afternoon to enable me to recover quickly enough to do another big session on the Tuesday. I’ve done some big miles since then too.”

Thompson is keen to help the next generation of athletes reach their full potential. The pair have been helping Gorecka ‘build the foundations’ to transfer her phenomenal junior form into senior international success.

“She inspires me with how she has worked so hard for everything she has achieved,” he says. “It’s a ruthless sport, but I do believe she will enjoy the successful career she deserves.”

He concedes there are negatives with the current set up at the national governing body. However, he wants to take a positive approach to the situation to affect positive changes.

“I could be very vocal about the issues on social media but what is that going to achieve?” he asks. “I like to compare it to campaigning about something you’re passionate about outside the White House.

“I’d rather be inside the building sat down with the people in charge to sort things out productively. I believe I have the ability to have a good influence when the time is right.”

Thompson doesn’t receive any lottery funding from UKA. However, he says the support he receives from his sponsors – On Running and CEP Sportswear – together with a frugal lifestyle means he gets by ok.

“I am very mathematically minded,” he explains. “I calculate my finances so Jemma and I live within our means.

“I definitely don’t have a glamorous lifestyle, and am very happy to stay in every evening and play a board game! I do feel that every elite athlete should get medical insurance, though. I didn’t have it when I needed my operation – it cost me £6000.

“I am also very lucky that I can access physio and chiropractic services in Teddington at a special price offered to all athletes living in the area. Don’t get me wrong though, it’s still expensive. Running is a great world to be in, though. There are a lot of sympathetic physios out there keen to help athletes recover.

“Mark Buckingham (a very popular physiotherapist based in Northampton) is a great example of this. He has a ridiculously busy schedule and that was no different back in 2012. I desperately needed help in the run up to the Olympic Games. He made space for me when I really needed it. I’m so grateful to people like him helping people like me.”

While Thompson admits he can’t top some of the prizes mentioned in a recent Fast Running article on this topic – which included pigs (dead and alive) and blowtorches – he has won some interesting accolades over the course of his career.

“I’ve won shell suits and I have a friend who once won a slow cooker – which would be quite useful I think,” he says. “The best prize I ever won – which was also possibly the oddest – was a big wall clock from a race in France or Belgium when I was as a junior.

“I gave it to my grandparents and they kept it for 25 years! It was a cheap brown and gold thing which took AA batteries – they clearly loved it though!

“I’d had to heave it back across on the ferry to England after the race. Whenever me and my parents went round to my grandparents we’d all talk about the clock and the race I’d won it in.”

Alas, that characterful-sounding brown and gold battery powered wall clock was not on display on the lead car’s timing system at the Great South Run.

Regardless, Thompson is a man on a mission to defy the march of time. It remains to be seen what digits the clocks stop at in New York for the Aldershot ace, but one thing is for sure – he shows no signs of slowing down just yet.