Carry on up the Pennine Way 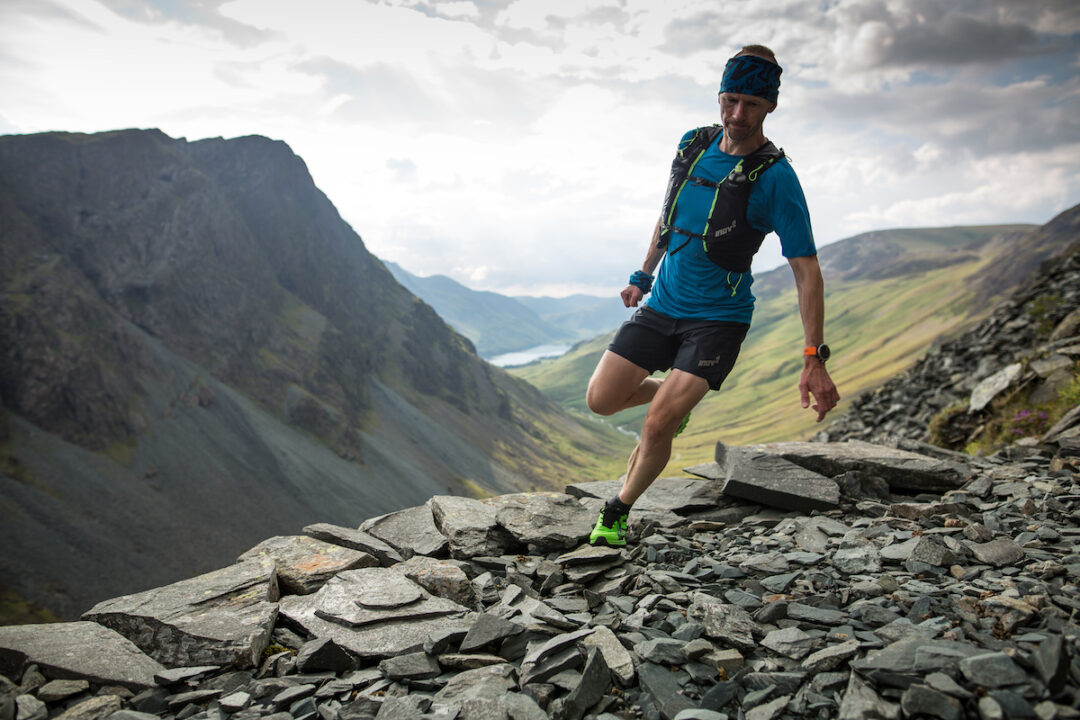 The route follows a remote upland spine, wriggling its way from Kirk Yetholm in the Scottish Borders to Edale in Derbyshire and incorporating around 37,000ft of gruelling ascent.

The record (otherwise referred to as Fastest Known Time – FKT) is held by American John Kelly, who just last week ran south-to-north (the same direction as the iconic Spine Race) in 2 days, 16hrs and 46mins (which converts to 64hrs 46mins).

inov-8 ambassador Damian Hall, who begins from Kirk Yetholm on Wednesday morning, is next up, starting tomorrow.

Experienced ultra runner Hall is making his attempt Carbon Negative and will fuel without animal products or plastic waste. The 44-year-old dad-of-two from Wiltshire (England) will also collect litter from the trail as he goes, running from north-to-south.

“‘I’m trying to do this without animal products and without creating any plastic waste (and picking up litter as I go – hopefully John hasn’t left me much),” says the athlete. “The first bit is easy, the plastic dodging not at all.

“But I’ve found some amazing companies, such as Delushious, Lucho Dillitos, Outdoor Provisions, 33Fuel, The Vegan Kind and Firepot who make vegan-friendly stuff in recyclable or compostable packaging.”

Why the Pennine Way? It’s not hard to appreciate as an ultra runner myself that the gruelling distance, the remarkable competitive history (now three men, Mike Cudahy, Mark Hartley and John Kelly have run it under three days) and the potential for good old fashioned suffering are all there.

“I have a weakness for bleakness.” rhymes Wiltshires premier rapper. “But really the Pennine Way is really special to me.”

Hall first hiked half of it in 2001, just before becoming a parent, and completed the second half just after. He’s literally written the guidebook and his obsession with running, well long haul movement, really began with the Spine Race, a January suffer fest along the Pennine Way.

“I knew of Mike Hartley’s incredible run and I was fascinated in what running it all would be like and whether it was possible for me. Plus, alongside the JOGLE/LEJOG and the Bob Graham – and maybe you’d put the Wainwright’s in that mix too now – to my mind, it’s one of the most prestigious UK running records.” When descending please use the ropes where available. Photo: inov8

Although there have been whispers of this record attempt in recent years, given that Hall is seen as one of the Brits most likely to do well (and now reclaim the record from US hands, no pressure Damo), there’s been very little noise.

It’s refreshing to hear with all the rubbish spouted these days on social media, especially when it comes to some other record attempts that make a LOT of noise, but peter out before the going really gets tough. Hall has done the hard yards and actually deserves the title of a man who could possibly do it, who should try. Nothing is certain and he’ll need a spot of luck, but we all do. New shoes for the win?

The inov8 ambassador feels he does have another, not so secret, weapon up his sleeve. The new TERRAULTRA G 270 shoes with Graphene-Grip. When records start getting as long as 268 miles, you really do start having to ask if your soles are going to last the distance, but that’s not a concern here.

“Most people are sceptical when a sponsored athlete bigs up new daps from their sponsor – and rightly so. These TERRAULTRA G270s are designed with hard trails in mind, a la UTMB, but I’ve worn them in the Lakes, Beacons and Pennines and they’re brill there too”

“They’re zero drop, super comfy, better grip (more aggressive, as well as being longer-lasting Graphene) and a new foam makes them more responsive, yet you can still sense the ground a little. I ruddy love ’em.”

The words of a sponsored athlete may well leave you suspicious, but the actions, especially on this level of challenge, should give you more faith. To even contemplate such a mighty ordeal in these “daps” shows that Hall thinks they’re “well skill”. Enough of the middle-aged youth talk for now.

Advice for your own adventure?

“Do something that scares you.” is the simple yet honest advice from our intrepid adventure. “I’m scared, but looking forward to just hanging out with some ace people and stuffing my face in my beloved Pennines. Life doesn’t get much better.”

As for planning, it’s also refreshing to hear that the ultra-running community is as tight knit as usual. “Despite his tea cynicism, John [Kelly, current record holder]’s a friend and we’ve been exchanging messages and information regularly over the last few months.

“We even considered going at the same time. He’s really inspiring. And he’s shown me it’s possible. For a long time, Mike Hartley’s (who’s also been really generous with his time) incredible run seemed unbeatable.”

“My road support crew even includes someone who paced Mike on his 1989 run, fell legend Tim Laney.” and you can be sure some of those who supported John will be back on the trail for Damo’s attempt too. Hoping for better weather than this, but the Cheviots can be wild. Photo: Summit Fever Media

Just like ultra distance cycling, runners have been embracing the joy of dot-watching of late.

With everything happening, it’s some of the best sporting action available, even when the dot is moving at 3km per hour or is asleep on a bench. Damo has impressed that he’d like to limit any additional support physically on the trails though.

“Though I’m very flattered and grateful of any interest in my Pennine Way bimble, with the Covid-19 situation I would kindly ask people not to turn out if we’ve not directly communicated about that, especially in villages. I don’t want to add any stress to locals. I’m keeping my team of amazing supporters to a bare minimum too.”

If you do want to show your support virtually then why not run in your local area and pick up some litter along the way. Tag Damo and we’ll make sure he responds to everyone the day after this “bimble”.

You can follow Damian’s progress throughout via this Open Tracking LIVE MAP and stay updated via inov-8’s social media channels (Instagram/ Twitter/ Facebook), where there will also be daily video and photo updates courtesy of Summit Fever Media and Dave MacFarlane. The hashtag to follow and use is #DamoPWFKT.

Damian Hall is an ambassador for Tomax Technology and inov-8.

The show must go on
Girls Gotta Run