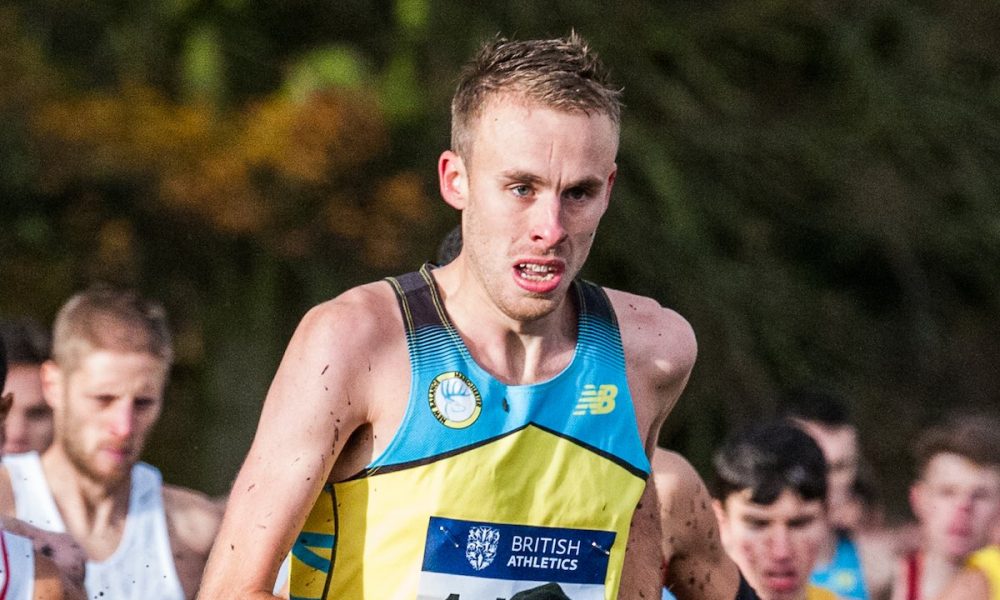 The British international is feeling good ahead of Highgate and discusses his training since teaming up with Steve Vernon at Team New Balance Manchester.

When Derby AC and Great Britain’s Ben Connor toes the start line at this Saturday’s Night of the 10,000m PBs A race, he’ll be one of the bookies’ favourites to win in an event stacked with quality athletes from across Europe.

Every one of the athletes entered have either run well under 30 minutes for the distance on numerous occasions, or hold super fast 5000m PBs, but Connor isn’t paying too much attention to his ‘favourite’ billing.

“I’m really looking forward to the race and being a favourite is a compliment but I don’t read too much into it,” the Team New Balance Manchester star tells Fast Running. “I’m in good shape and training has gone well since having a short break after the World Half Marathon, so I’ll take confidence from that.”

Connor was fifth in last year’s Highgate Harriers elite race and third Brit behind Andy Vernon and Dewi Griffiths, with only Vernon returning for the showdown this year due to Griffiths’ continued rehabilitation from a hamstring injury. The Stockport-based Derby athlete is keen to just focus on having a good race at the Parliament Hill track, though, adding that “a PB would be nice on Saturday, but I’m not focussed on that as much as I am just going out there and racing – if I race well, the time will come”.

“It’s gone really well since joining the team in March,” he says. “There have been a few things that have altered but nothing too drastic, and when we have made changes it’s been done gradually throughout the past year. An example of this would be the introduction of a strength and conditioning routine, which I now do two to three times a week.

“Tempo (or threshold) running has also changed a little under Steve. We use heart rate data with this, but don’t get obsessed by it. It’s just there as a guide to make sure we’re not working too hard on tempo efforts. Previously, I would just treat tempo runs as hard runs, which would just turn into me racing against my Garmin, which isn’t good!”

Although Connor has featured at the sharp end of races for a number of years, it is during the last 12-18 months that he has made the biggest breakthroughs in performance, with a stunning 61:11 PB at this year’s Barcelona half marathon representing a significant step up to world-class level. The 25 year-old credits altitude training as one of the reasons he’s getting faster and faster, his first trip coming only last year when he went to Font Romeu, followed by a spell in Albuquerque more recently.

“I feel like I get a lot out of an altitude block,” he explains. “I’ve raced well coming off it twice now, so it’s definitely something I want to use more and more in the future.”

Connor also recognises the importance of rest in training, which is much easier to achieve for the former Derby Runner shop assistant now he’s a full-time athlete, adding “it’s great because I can put everything into my training, including being able to rest between morning and evening sessions”.

He may pull on the Team GB vest more than his Derby AC kit these days, competing on the international stage more often than domestically, but the 2017 Northern cross country championships winner says he will never leave the Midlands club that helped build him into the athlete he is today.

“I’m still a member of Derby AC, which I’m very proud of,” he says. “The club and the coaches there have supported me greatly since I joined at 13, so I will always remain loyal to them. I still keep in touch and run with mates from the club when I get chance.”

It’s clear Connor is not afraid of working hard, but he also works hard alongside Vernon to ensure every session has a clear purpose, with his typical week’s training below highlighting his quality over quantity philosophy is one of the many keys to his success so far.

Friday
AM – tempo session over 8-10 miles

Ben Connor is part of a stellar men’s line-up for the Highgate Harriers’ Night of 10,000m PBs on Saturday (May) and an in-depth preview can be found here.