Andy Douglas: “A happy runner is a well performing runner” 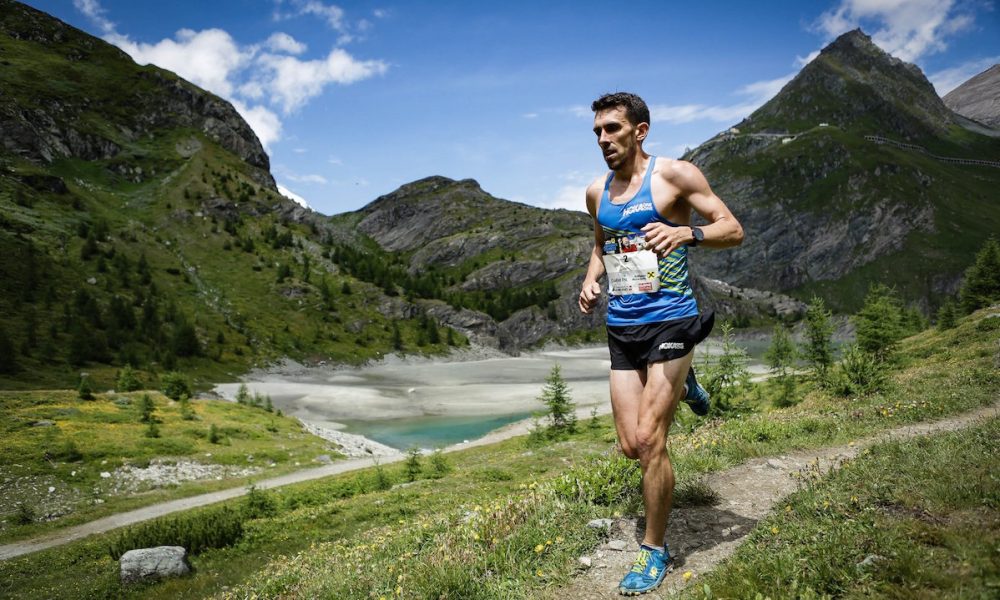 The mountain runner chats about training and his goals ahead of the world championships in Andorra.

Andy Douglas is best known for his mountain running and having represented Great Britain on several occasions in the big hills he is now an established member of the team.

For the last three years, the Scottish runner has featured in or around the top 10 at World and European championships.

In mountain running there are European and World Championships and these can be ‘up and down’ or just ‘uphill only’ competitions. Given the fell and hill running background of the UK, British athletes often excel in the up and down races. Something about Brits descending like they’ve stolen something from the top of the hill.

“Uphill only is more of a struggle for me,” says the Inverclyde runner. “It’s mainly down to the difficulty of getting that sustained climbing into my training. We have plenty of hills in Edinburgh, but not like in Europe.”

Douglas isn’t “bad” at the uphill only running though. Don’t be misled. He’s finished in the top 10 in both formats of the championships and flys uphill, just not as quickly as he speeds up and down hills.

“It just means I temper my expectations a little when competing at the uphill only champs,” he says. “I’d love a top 10 finish at the Worlds in Andorra this year. We have a really strong team too so I want to do the best I can for the others as well.”

It was only a few weeks ago that three Scots finished in the top 10 of one of the biggest mountain races outside of the championships, Sierre Zinal in Switzerland.

Robbie Simpson, who won bronze in the marathon at the Commonwealth Games, was second in the Swiss race, while Douglas was eighth and young Jacob Adkin finished 10th.

“The level just keeps getting better on the local scene,” states Douglas. “Jacob is a great runner who’s been really unlucky with injuries so it’s really good to see him running well.

“It just keeps me on my toes. The quality of the whole mountain running team increases with you.”

Away from the mountains, the Hoka One One athlete works in asset management, spending 40-45 hours a week in an office.

“It’s great though as they’re understanding of my running,” he says happily. “I can get to work a little early and then train at lunchtime and there’s always time in the evenings.

“I’m not a morning person so that really works for me. It’s probably been reinforced over the years, but I just prefer to run in the afternoon or evening.

“A lot of my training is done alone, but sometimes I have company for the hill sessions. I love the longer hill sessions, the ones where you have to run hard up and down the hills. They’re probably the most specific ones to the mountain running champs and really make use of the hills around me.

“Something like five to eight minutes uphill with three to five minutes downhill, all done at effort, those are my favourites. The shorter 30-second speed hills are probably the bottom of my list. There’s almost a lactate dread.”

A happy athlete is a well-performing athlete

Douglas has been coached by Sophie Dunnett, who is based in the far North of Scotland, since 2009.

“Sophie is just the right coach for me,” he explains. “She is a lecturer in psychology and has a really good understanding of the mental preparation required for performing at the highest levels.

“A happy athlete is a well-performing athlete. That’s something that is key with the training. Sophie sets the key sessions but is very flexible with the work around them. She understands that I might have to adapt and go on feel in the bulk mileage each week.

“Just recently we all went up to Speyside for a group training weekend. We’re a range of abilities, but Sophie is great at getting everyone working together and I really enjoyed training with everyone else.”

Despite having two marathon results of 2:25 and 2:27 – that this writer would be rather happy with – Douglas has some unfinished business left with the roads.

“I had a lot more injuries when pounding the pavements,” he says. “I would like to go back and try again in the future, maybe somewhere like Boston or Chicago. The atmosphere at London was fantastic, I could run there again, even with the dark memories.”

So what does mountain running bring to the overall running picture?

“It certainly builds a lot of strength,” he says. “The variety really works all the muscles in the feet, ankles and legs really well. It keeps my love of running strong too.

“There’s mental toughness too. It comes from that quad burn when you’re going uphill or pounding down to the finish. I would like to see how that transfer back into the marathon now.

“I’ve been using the Hoka shoes for a while now and really like that extra bit of cushioning for the roads. I use the Cliftons for easy runs and the Tracers when I have speed sessions.

“The Evo Jawz shoes are perfect for me on the mountains. They’re certainly my favourite. They’re lightweight, have great grip and are excellent for the mountain running champs.”

On Sunday, September 16, in Canillo, Andorra the world’s best mountain runners will come together and Douglas is hopeful of a good performance.

In the British team, he is joined by decorated mountain runners such as Sarah Tunstall, Jacob Adkin and Emma Gould, who medalled at the recent European Championships. The whole team has a great chance of impressing in the Andorran mountains and everyone at Fast Running wishes them the best of luck in their quest for medals.

What does it take to be a top female distance runner?
Jake Robertson is finally enjoying the fruits of his labour