Alex Yee’s love of both athletics and triathlon is clear 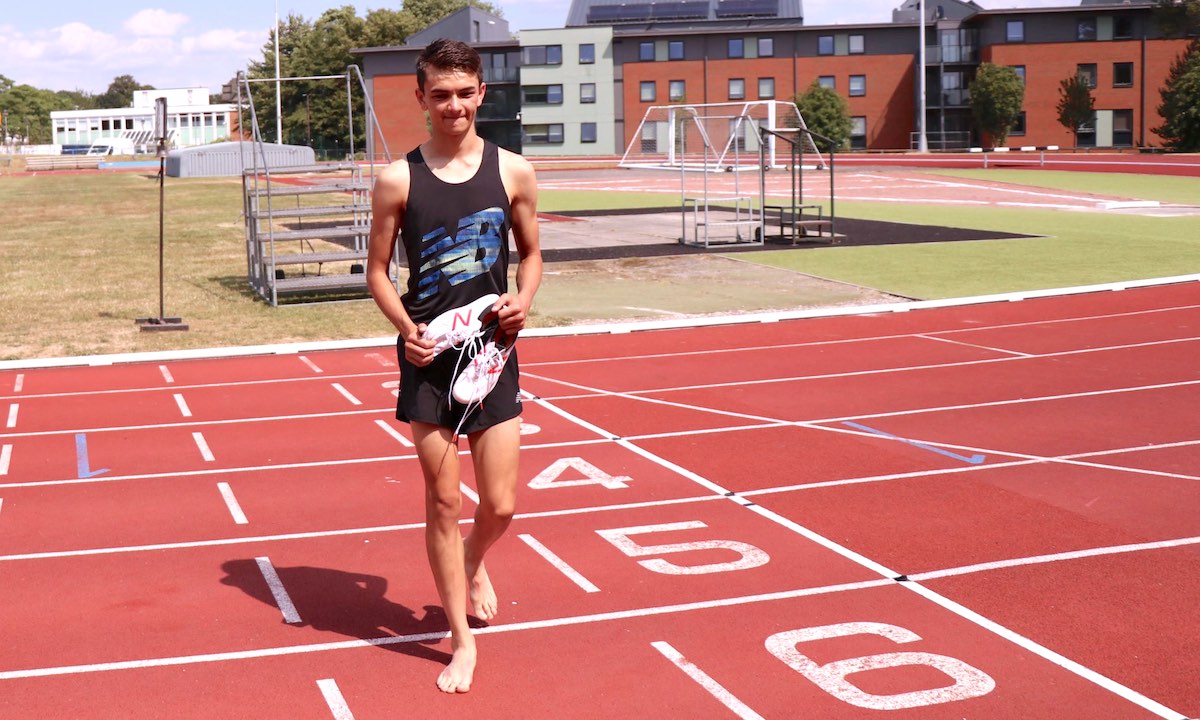 Britain’s 10,000m champion will focus on the triathlon in 2019 but does not rule out competing on the track at the Doha World Championships.

Despite his amazing season on the track, in which he represented Great Britain in the 10,000m at the European Athletics Championships, Alex Yee says he will prioritise making the World Championships in triathlon rather than athletics next year.

The Kent AC athlete is running quicker at 20 than Mo Farah was at the same age, yet – as he showed by winning bronze in triathlon’s ITU World Cup in September – athletics may not be his best shot at Olympic success.

The question of which sport will win his attention is one Yee must be tired of answering and one that seems no nearer to being resolved at the end of a year in which his 27:51.94 at the Highgate Harriers Night of the 10,000m PBs topped the British 10,000m rankings and confirmed his immense promise.

“I think it’s opened my eyes to what’s possible in both sports and I think at the moment I’m still a bit undetermined,” he tells Fast Running. “I’m never going to neglect one of them. My main goal is that I’ll never be far away from either. I still love both sports.”

It is triathlon’s national governing body rather than British Athletics that is currently funding Yee, which provides a clue as to where his path will lead in the short term. However, the 20-year-old says the British Triathlon Federation have been fully supportive of his track and field diversions. “It’s one of those things where [running] is probably going to help my development in the triathlon in a way,” he explains. “I quite like it in that they’re still supporting me.

“It makes me a unique athlete that I’ve got these two things that I really enjoy and I’m competitive at, but I’d say that I’m a triathlete that loves to run and compete in running. They’ve been incredibly supportive of me.”

In order to be able to compete at the 2020 Olympics in Tokyo in triathlon, he will focus next season on triathlon, although he is not ruling out trying to represent Britain at the Doha World Championships on the track.

“The world champs in triathlon are definitely coming first as the qualification period has started now for Tokyo,” he says on his goals next year. “I think I’ll be racing triathlon as early as February next year. With selection for triathlon you have to a really good ranking and that takes time.

“I’m definitely going to be doing a lot more triathlon races next year, but I’m sure I won’t be neglecting the track.”

A return to the track would certainly please many in the athletics fraternity, particularly those that witnessed his run at the Highgate race, which secured his selection for the Europeans in Berlin. Going to third on the UK all-time under-23 rankings, he described that day in May as the best day of his life.

His whole season on the track surprised even him, coming just 12 months after a career-threatening accident on the bike ruled him out of the rest of 2017.

“[The Europeans] definitely wasn’t something I was aiming for,” he says. “I went into the season a bit more unstructured than I probably will do in the future. I kind of almost went with the flow throughout the season.

“After last year I felt I didn’t get the most out of myself with running and that. I just went there (Highgate) to run a good time and really shocked myself.

His comeback this year

Yee sustained broken ribs, vertebrae and a collapsed lung at that bike crash in June last year, which affected his winter build-up for 2018.

“We built up really really slowly with the running volume,” he explains. “I started like 45 minutes total volume for the week and then built up in 13-minute blocks really up until Christmas and then everything started to take off to get back up to normal volume.

“I was still four, four a half hours of volume in December. I think building up that was the best thing for me.” The swimming training partner of 2012 Olympic triathlon champion Alistair Brownlee and his double Olympic medallist brother Jonathan has been enjoying a post-season break and is yet to decide whether to run at the Liverpool leg of the British Athletics Cross Challenge series, which host the GB trials for the European Cross Country Championships.

“I’d like to be there but I would only go if I knew I could deliver,” says the BUCS cross country champion. “I haven’t started running sessions yet, so it’s hard to tell how quickly I’d progress and how fit I’ll be by then.”

Yee spends up to 35 hours per week training for his three disciplines, which includes up to around 90 miles per week of running. He is far from the first person whose running times have seriously benefitted from triathlon training, with the Brownlees and Beth Potter some recent examples.

On his training, he says: “It’s the non-loading and the pure volume and the base you build from doing three sports and also the strength and conditioning that really bumps up the hours you’re doing.”

He recommends it to runners who enjoy both other sports, adding: “It’s a just different approach, it’s worked for me. I’m not saying it would work for other people, but I’d encourage people to get out on their bike if they enjoy it. It’s really social.”