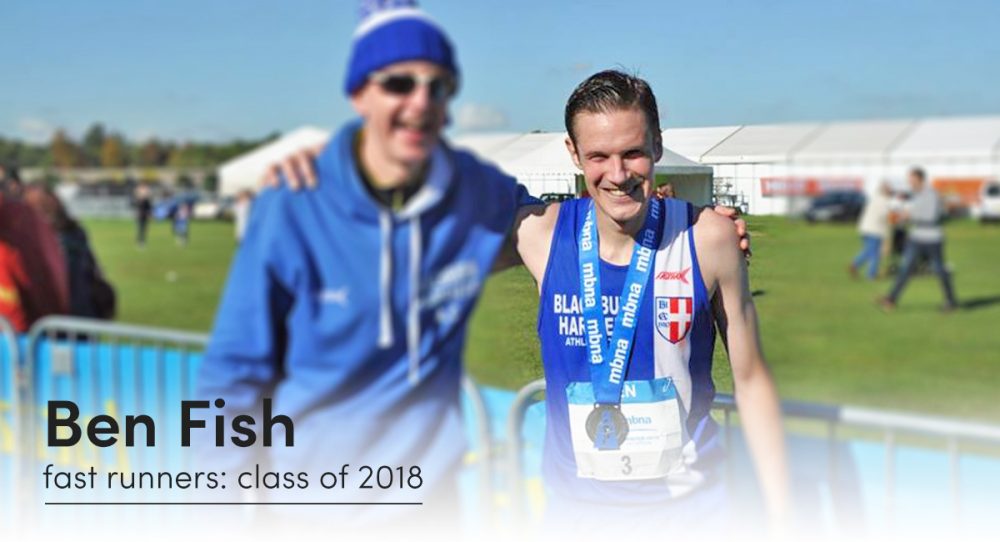 Ben Fish is a lifelong Blackburn Harrier distance runner who loves nothing more than logging miles, 3895.5 miles to be exact in 2017.

The 35-year-old is a big fan of the great distance runners of the past – so much so that he set up a website vintagerunning to capture their stories.

For the year ahead, the Lancashire runner has ambitions of improving on his 2:19:22 marathon personal best, dipping under 65 minutes for a half marathon and to run over 4,500 miles – in training alone!

1) A new marathon PB at London in April
2) Sub 65 mins for half marathon
3) Revise old track PBs in the summer
4) Achieve top 5 in Northern Road Relays with Blackburn Harriers
5) Run over 4,500 miles of training for the year

I’m certainly not the funniest person in the world, but I don’t take myself too seriously either. I play a bit of guitar, though not particularly well nor frequently enough to improve.

I tried to start a band with a mate of mine about 10+ years ago; we called ourselves Dead Flowers; the music was as cheery as the name suggested. I’m a big Smiths fan and Wayne’s a huge Radiohead fan, but to say we sounded like a cross-between of the two would be over-selling ourselves somewhat!

I have a Royal Enfield motorbike (2010 Bullet classic), which I tend to travel to a lot of races on in the summer months.

I enjoy running and couldn’t imagine doing anything else. I like to race a lot and there’s nothing worse than going into a race under training, so that keeps me motivated to keep at it.

I’m sure many have said this, but there are so many great people I’ve met and friends made through running, I don’t think there’s any other sport like it.

30x 400m (100m/30 sec jog recovery) This is a session I regularly do on my own, it’s good prep for longer distances races, as it can be as mentally demanding as physical.

It’s an essential one I do in marathon build-ups, but the marathon progression run is always a daunting session. It’s a 20-miler with the first half run steady, followed by the second half at marathon race pace.

For some reason it always feels harder than a race, but I know I’m on for a good one if I nail that session.

I don’t like to eat within three hours of a race, most road races are in the morning, so normally I have a small bowl of cornflakes and a couple of slices of lightly buttered toast. If it’s a track race later in the day, I’ll have a couple of slices of bread with honey or jam 2-3 hours before.

I always have a strong coffee as well.

After a road race, I don’t always have a strong appetite, so I like to go to a decent cafe and have a nice panini or something and have a big cappuccino.

I’m usually ravenous in the evening, especially after a long distance race and will eat anything hefty with a couple of pints of ale!

My favourite runners tend to be from a bygone era, as I find it really interesting to learn about these characters. Jim Peters is the main one, closely followed by Gordon Pirie and Ron Hill.

Those guys were brilliant, groundbreaking athletes of their day. Peters ran 2hr 17 in 1954 off 100-130 miles per week in a pair of plimsolls.

Macmillan, a charity that supports everyone affected by cancer, their family and friends.