A long journey of 800 metres 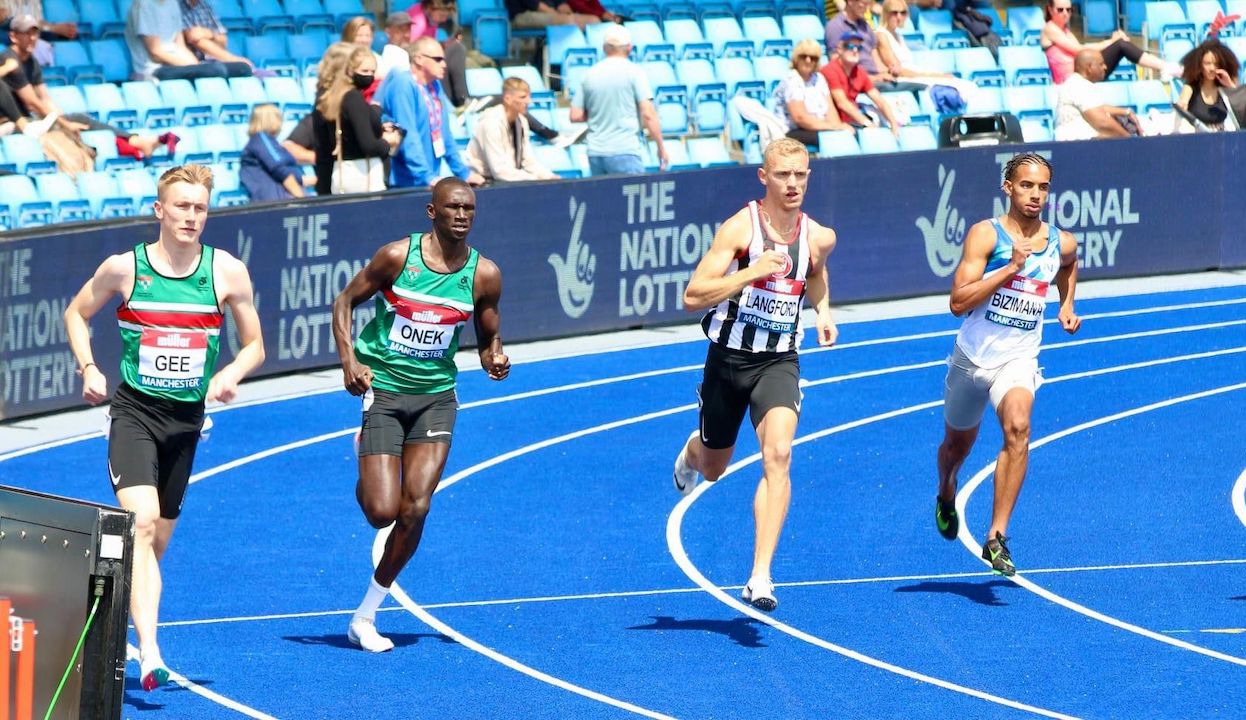 With the Met forecasting Storm Arwen bringing wind speeds of almost 100mph, we needed no better signal that winter is well and truly here. Will Onek reflects whilst the successes of the summer are resigned to a distant memory.

For me, however, it is those memories which fuel the motivation to get to the daily grind, building the necessary winter base to have the ability to be competitive when the sun shines once again.

The 2021 track season was fruitful. 7 races brought 3 wins. Most importantly, I had a significant breakthrough having dipped under the 1m 50 seconds mark for 800m. Akin to breaking 30 minutes for 10k or 4 minutes in the mile for the first time, once it’s done, the monkey is off your back and you can once again run freely.

At the second BMC Grand Prix of the year at Sport City Manchester, I lined up for my second race of the season.

The rust-busted with a race win in the opening Grand Prix meeting earlier in the month, the conditions were perfect to finally put 1:49.xx next to my name on the results.

In a race I should have won (as my coach reminded me on the finish line!), I didn’t see 1:49.xx, rather 1:48.85. A big personal best but a bitter sweet race having failed to come first. As the season progressed, I chipped away the PB by a few tenths, finishing 2021 with 1:48.49. Another appearance at an Olympic qualifier meant another key goal achieved for the summer. The attraction of the 800m, aside from the warped desire to hurt oneself, is the shear variety of the event. The same, but to a lesser extent, can be said of the other middle-distance event – the 1500m.

So much can go wrong. So much does go wrong. A lapse in concentration and the race is gone. Slightly overcook first 400m and your race is run by 700m; the home straight is a slow and painful death march to a beat you have no wish (or ability) to hear.

Prior to this year’s delayed Olympics Games, the smart money would have been on the US athlete and World Champion Donovan Brazier following an unbeaten 2020 and a very strong 2021. He subsequently failed to qualify for the Games, falling foul of the brutal “only the first 3 past the post” selection criteria.

Being a ‘middle’ distance, the 800 and 1500m events provide the perfect mixing pot of those aerobically proficient and anaerobically robust. Some excel in the former, others lean towards the latter.

The result is a start line featuring a range of body types, but more importantly unpredictable and exciting racing.

It’s a great time for British middle distance running at the moment, with 14 men achieving the 800/1500m standard for this Olympics year and Keeley Hodgkinson and Laura Muir bringing home Olympics silver medals from Tokyo on the women’s side.

Depending on which study you read the aerobic/anerobic energy system split for a trained male 800m runner is around 60-70%/40-30%. As there are significant percentages in both systems, the resulting training regime for the 800m runner can be markedly different, depending on the coach, athlete type (400-800, pure 800, 800-1500 type), and the athlete’s response to the different training stimuli.

Personally, I top out at around 65 miles per week in the depths of winter. Between athletes in our group, this total will vary by roughly +/- 15 miles per week, assuming all athletes are fit. I’ve come across some athletes running as few 40 miles a week, and it’s not hard to find old articles noting the eye-watering miles* banked by Ovett and Cram in years gone by.

This mix of ideas further contributes to the unpredictability of the event, a quality something sprinting or long-distance events don’t tend to exhibit.

*Readers should note these miles were recorded in the 1980s 😉 You gotta have faith

Nevertheless, whatever the chosen approach, I believe it is critical the athlete trusts the training.

Apps like Strava and Garmin connect allow for fantastic insight into the training of a pro, a semi-elite or club-mate, but I also fear it contributes to “grass is greener” mentality.

With so much out of your control that can (and inevitably will) go wrong, controlling the “controllables” such as communication with the coach becomes imperative. Changes to training should be discussed and implemented with both athlete/coach buy-in, introduced sequentially, and over a medium to long time horizon so that benefits (or lack thereof) can have the ability to develop and be correctly identified.

There are no secrets to this game, no silver bullet or miracle training schedule that always yield unbeatable results. Consistently working hard is the only answer. With or without Arwen blowing a gale.