And that’s a wrap 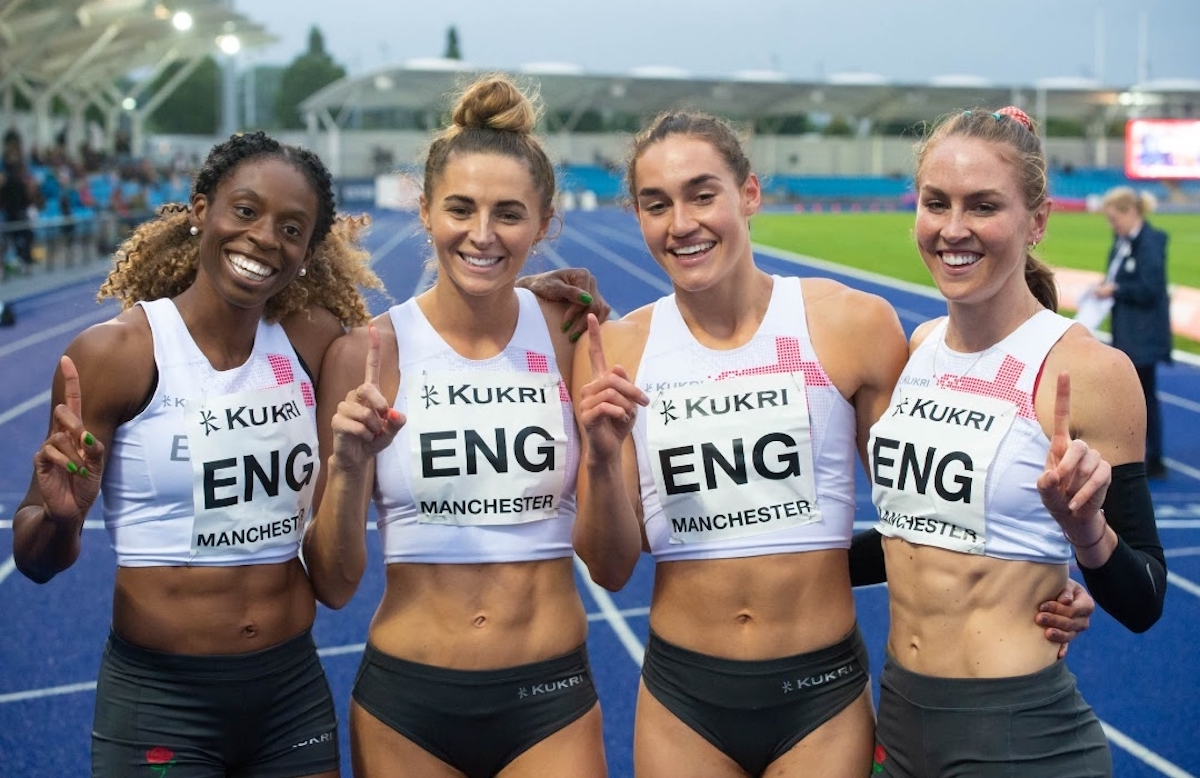 The athletics season is over and Susanna Banjo updates us on how 2021 has gone on the track for the 400m runner.

The 2021 athletics season has come to an end and as I look back and analyse the year, it is easy to look at the things that didn’t go well rather than the constant improvements I have made and also the consistency of my performances.

My highlights of the year have been, South of England Champion, England Champs Bronze Medallist, England International 4x400m Relay Champion, ran 6 of my top 10 all time performances in the 400m this year, 400m PBs and also ran my fastest 200m times since 2013.

My proudest moment this year was definitely winning a Bronze medal in the 400m at the England Championships, which took place at Bedford International Athletics Stadium on the 17th and 18th of July.

Getting it done in the heat

There were two rounds of the competition, the Heats were on a Saturday and the Final was on a Sunday. It was probably one of the hottest days in the year, but I really enjoy running when the weather is hot and I am use to training in those conditions, being in South Africa early on in the year.

I’ve competed at the England Championships many times before from the 100m up to the 400m and have never won a medal, my best performance prior was 4th place in the 400m in 2017.

So was very happy to get a medal and execute a ‘good’ race.

I set out to actually win the race, but you never know what will happen on the day, all you can do is put yourself in the best possible position both physically and mentally.

I tend to do a lot a breathing exercises leading up to a race to calm the mind and also a few days before visualise how I want to execute my race plan.

I feel I executed the race plan well on the day but there were a few things I could of changed, but I guess as an athlete we are always searching for more.

I won my 400m heat on the Saturday and felt good going in to the final, running the first round a day before has it’s advantages as you already feel warmed up for the final, if there are rounds, I tend to run faster the next day.

Running back to back days of the 400m can be tough, so you have to take special care and manage your body the best way you.

I tried to sleep early, eat well, made my own food rather than go to Nandos which I loved to do when I was younger, made sure I warmed down after my heat and also going in to the final the next day, conserving as much energy as possible from the travel to the stadium to my warm up. Being a strong part of the team

By winning a Bronze medal at the England Championships, I was selected to compete for England in 4x400m relay at Manchester International on the 18th of August.

The event took place at Manchester Regional Athletics Stadium which is right next to Manchester City’s Etihad Stadium.

This was my second time competing for England in the 4x400m relay. The first time was at Loughborough International and we won the relay in 2019.

We also won the relay in Manchester and I really enjoyed being part of the England team again, the England staff were very supportive, which really helped me to be calm and I wanted to give my best for the team.

I ran on the first leg, which they say is the ‘hardest leg’, but I treated it similar to how I would run a normal 400m and was determined to pass the baton to my teammate first, which I did successfully.

I am happy with how my season has gone overall but not satisfied. Keeping motivated throughout the season

Watching the Olympics was great, but it was a reminder that I had not reached my main goal of the year, which was competing at the 2021 Olympic Games in Tokyo.

Finding the motivation to keep going throughout the season was difficult, but was determined to finish the season healthy and strong, so was grateful that there was an England Championships to aim for and also an opportunity to be a part of an England team.

I am excited about the next few years leading up to 2024 Olympic Games in Paris and I’m looking forward to continuing to learn, grow and progress.