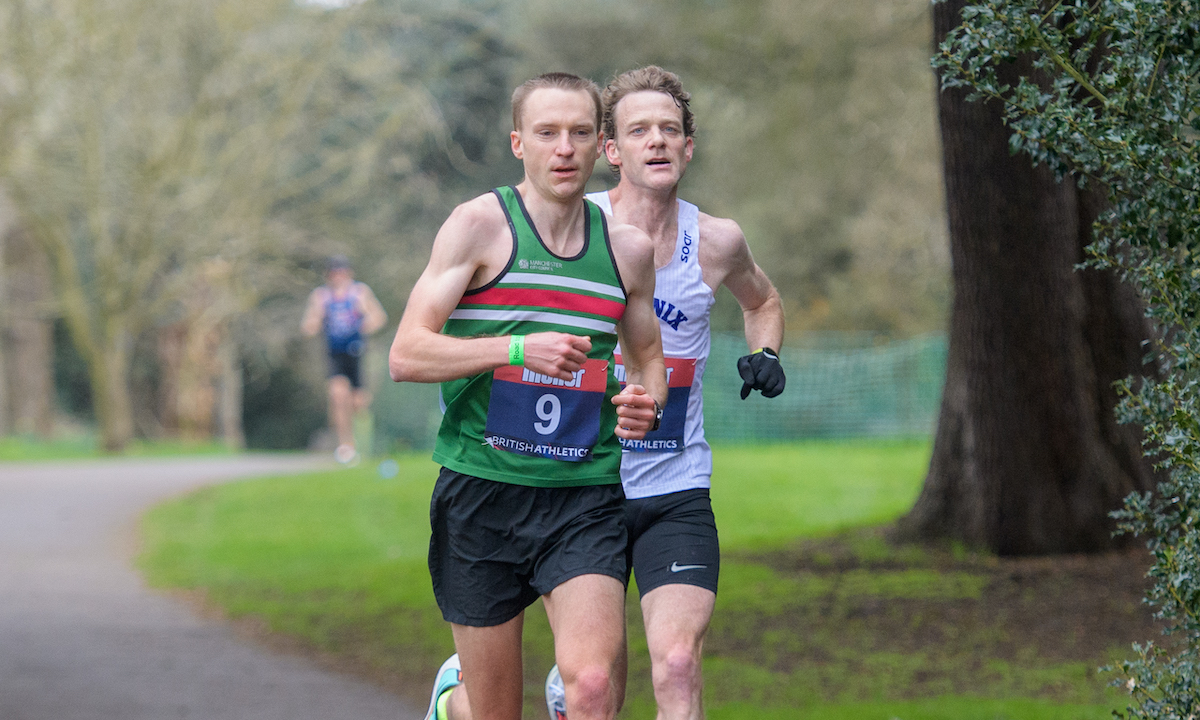 Nigel Martin takes us through one of the lightbulb moments of his own running career that saw a big jump in performance.

I got a DNAfit test done back in 2016 and the results were interesting. At first, I disregarded it, as it was less than flattering. I apparently had average V02 max, very high risk of soft tissue injury and slow recovery. Not a great combination!

However, thinking about it I can believe it and a lot of things ring true. When I first started out, I got injured all the time. Never anything major, but many, many different things that took me out for a week here, three weeks there, sometimes more. The physio ‘return to running’ timeline was always too short; it always took me longer to recover. There are a few very important contributing factors to this though which I think apply to all:

I was just starting out and it takes years for the body to adjust, so most people will be very injury prone.

Remember Rob Young? He’s the guy who got caught out in his attempt to beat the record for a West to East Traverse of the US. The support vehicle was seen rolling along at running pace without a runner in sight.

His beginnings story should have rung alarm bells, but everyone loved it too much. He said his first day running, weighing 15 stone, he did a marathon in the morning and a marathon in the afternoon; then repeated the feat twice later in the week, all whilst working full time. It was like something out of the latter stages of the Four Yorkshireman Monty Python sketch, but of course, it wasn’t true.

What was I doing wrong at first?

Strength work; well, I didn’t do any to start with! Some can get away with not doing any, but they’re only getting away with not getting injured and probably only whilst they’re young. They’d be better if they did strength work.

I ran too quick on my easy runs. When you’re doing low mileage, you’re fresh all the time so you can, but the only place it gets you is injured and unable to really improve, because you can’t do the mileage you need to do well. You’re probably sacrificing the quality of sessions too.

Prior to the Armagh 2020 race I was sharing a hotel room with a legend of the sport, Joe Bailey. I was praised for my courage (not how he put it) to go for an easy run at 7:40s and be confident I didn’t need to go any faster. I found it hard to explain at the time, but effectively my reply was that I had no choice in the matter! I don’t hold back a lot on my easy runs, I only have one gear and it’s slow – or even slower.

It’s hard to shake the natural judgment of a run based on pace, but it really doesn’t matter. In my head I want to go a decent pace, but my body will not allow it. Crucially my body always wins. I think my sub-conscious has my slow recovery profile well and truly dialled in.

Different for everyone, but common themes

It is probably worth mentioning at this point that if you do recover fast, perhaps a faster easy run pace is perfectly OK. One of the things Mo Farah apparently changed when he went to Salazar was much quicker easy runs. I think for the vast majority though, you probably need to do more miles and that means running slower on your easy runs to allow that.

It’s important to understand your body in terms of recovery and injury risk, as it’s very individual.

Some people seem to be virtually indestructible. Whilst with my profile you might think I’m out injured all the time, that’s not the case at all. I’ve been injury free for over 5 years. I’m defining that as never having to take a day off due to injury in that time.

I’ve had plenty of niggles (who hasn’t?), but I’ve managed to nip them in the bud with self-massage and strength work. Very rarely, I’ll do small tweaks to training; an easy run on grass instead of a tempo on the road, for example.

How injury prone are you?

Looking at another runner who is injury prone, Chris Thompson has described himself as having a Ferarri engine inside the body of a Corsa (or something like that).

The problem people like Chris potentially have is high natural ability and maybe fast recovery, but combined with very high injury risk. My slow recovery works well for me as I’m generally too knackered to do myself any damage. The problem with being a pro is you need to do a hell of a lot of high-quality runs to compete at the highest level, so if you’re injury prone you either take the risks or you’re probably not quite at the level you need to be.

Unless you’re destined for the Olympics though, or blessed with fast recovery, maybe dial back on the intensity and slow down those easy runs. And when I say slow, I mean in my case HM pace + 3min a lot of the time! Any excuse to use this picture of Thommo at the marathon trials Credit: Nigel Bramley.

The Aftermath of Training/Racing

If I do a long tempo on the roads in an evening, my legs will be trashed the next morning and I’ll be crawling along at 8min/mile. I don’t think this is necessarily a bad thing, maybe it means I don’t have to do as much as others who can knock out 6mm on their easy runs all day long.

They may be blessed with quick recovery and low injury risk, and good for them, but they’re few and far between. Just remember if you’re not blessed with those traits, it doesn’t mean you’re doomed. Maybe that extra inflammation/adaption goes a long way when you’re recovered?

Maybe it’s a bit like the ice bath debate. Do you recover quick and not adapt as much, or do you go for the full benefit and allow more time for recovery?

Robbie’s Fastrunning article on the topic of ice baths concluded: “The results actually found it did “seem disadvantageous for training, in contrast to the beneficial combination of rest, ice, compression and elevation in the treatment of macroscopic musculo-tendinous damage”. Good for acute injuries, not for training recovery.”

I think one of the most valuable sessions I do when building up is a 40min tempo without looking at the watch. It’s the only way of giving your body exactly what it needs. If I run 5:25 pace, I’m still getting a strong training adaption. If anything, I should probably be doing more of them, not less even when I’m approaching top fitness.

Easy run pace has been widely debated, this article from Wejo at Letsrun might give you some more confidence. It was actually during a training holiday in Portugal in 2016 that I first discussed the topic with Dave Norman, a big advocate for slow easy runs.

At the time I was only doing about 60mpw with my easy runs at about 6:30/mile and I remember asking him what’s the difference between 6:30 and 7:30 pace in terms of training benefit for an easy run and his response was “I don’t think there is any”. In the context of getting in as many miles as you can and quality sessions each week, I fully agree.