Humility and positivity to others 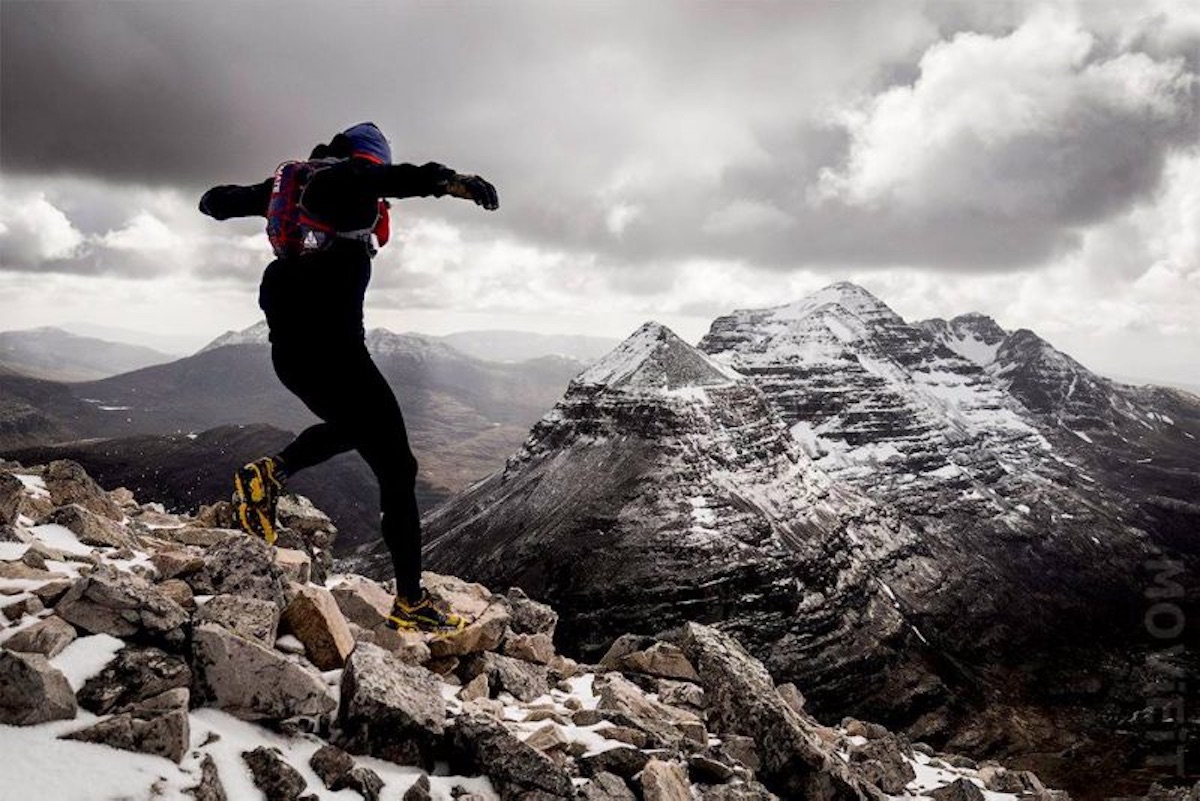 In this month’s Fast10 blog George Foster talks about one of the people who has inspired him on the fells.

Chris Stirling was one of the most inspirational people I’ve ever known.

I don’t normally ascribe that ‘inspirational’ moniker to people as, like ‘legend’ and ‘hero’, it tends to get over-used and chucked about until all meaning has been wrung out of it.

Chris is one of the very (very) few people who was just that, a genuine inspiration. Chris died just over two years ago and I miss him a lot.

I’m blessed to have known him for the short time that I did, but I wish now that I could have known him even more. He was unfailingly generous and positive; the last a paradox given the internal, personal battles that he faced daily. To have met him in passing you would never have known that his happy demeanour was not the whole of the story, nor even half.

He was a rock climber back then but had recognised an unhealthy obsession with the sport, which led to public, and loud, outbursts of animalistic rage when he failed on a move or a climb; I technically ‘met’ him a couple of weeks before that house party when hearing him shouting swear words at the top of his lungs after falling off a route at Raven Crag in Langdale.

I didn’t know back then of his issues, excusing his tee-total reserve at the party with his focus towards his then-sport. Skip forward a few weeks and I met him again at the Youth Hostel he was working at on Red Bank, just outside of Grasmere, when meeting a mate to go for a climb.

Chris had all but sacked off climbing and was channelling his prodigious energy into fell-running and, increasingly still, triathlons.

His transformation from rock climber into champion triathlete coincided with my own introduction to running and we shared some training runs around the Ambleside area. He was all or nothing in his dedication to his new love and the results soon showed; I could no longer keep with him after only a few short weeks. I moved away to join the Army and we sort of drifted apart.

Fast forward to 2016 and I was having a crack at the Bob Graham Round, a 60+ mile effort around 42 of the Lakes highest fells in a 24hr time limit.

Chris helped pace the first of the five ‘Legs’ from Moot Hall, Keswick through till Threlkeld before heading straight off to work at the Climber’s Shop in Ambleside. Generous with his time, generous with his energy and generous with his words after telling me ‘your legs are looking good’.

A weird thing to say to a married man but as bizarre as it sounds that was one of the nicest things someone has said to me!

From a role model such as Chris, a winner of the Celtman extreme triathlon, the Canadaman extreme triathlon and placing high in the famous Norseman, that simple – and, I can honestly admit – truth-stretching, affirmation of leg strength was rocket fuel to my ambitions as a runner; the catalyst to things that have come after.

He could be quiet and, at times, awkward when first meeting him, or when re-connecting after a while away, but he had time for everyone and never stood on ceremony, giving you praise and encouragement no matter whether you were a race winning record holder or a ‘fun’ runner making up the numbers.

I try to live my life now based on his example of humility and positivity, though like with all of his achievements he set that bar high and he is a tough act to follow. I wish I knew him even better and I wish he was still with us.

Chris died just over two years ago and I miss him a lot.