Into the big hills 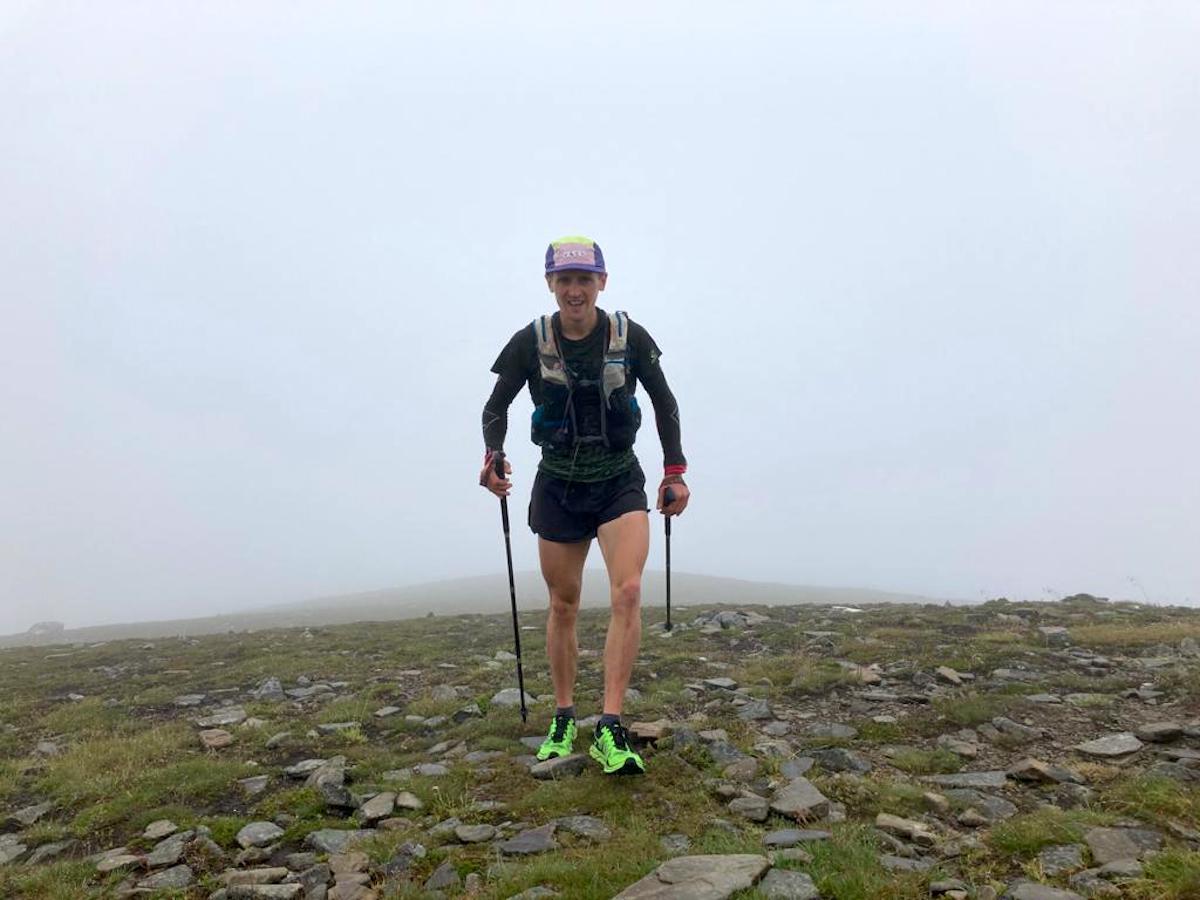 Ally Beaven is getting ready for the big mountains in the Italian Alps, taking on the 330km Tor des Geants this weekend.

I’m standing by Ryvoan bothy in the rain. The sleeves of my second best waterproof, hastily thrown on over my vest, cling to my arms and shoulders, limiting their movement. The fabric of my early 2000s hand-me-down split shorts are similarly stuck. They’ve worked their way inwards as I ran downhill and stayed there, exposing an even more scandalous than usual quantity of thigh.

I’m prevaricating. The next morning I’ll be getting on a train in Aviemore to begin my 3 day journey to Courmayeur. This is my last training run in Scotland before Tor des Geants.

So far I’ve done 5 laps of Meall a’ Bhuachaille and, as the weather goes to shit, I’m on the fence about a sixth.

A local hill for local people

Glenmore’s Corbett has been my go-to local hill since I moved to Strathspey seven years ago. While I lived at Glenmore Lodge I was up it most days. Fast and slow, summer and winter, day and night. I’ve been up there in nothing but shoes, shorts and factor 30 and I’ve been up there in goggles, mittens and thigh deep snow.

Easy, moderate, hard; short, medium, long; sprints, drills and god knows what else, all on Meall a’ Bhuachaille’s trails.

Taking the Strava CR from Robbie Simpson in 2016 remains one of my proudest moments. (The fact that he probably did it on an easy day in flip-flops, jeans and a Victorian dive helmet is neither here nor there.)

I don’t know exactly how many times I’ve been up there. I mull it over every once in a while and add another hundred to my estimate. It’s around 500 now. Add a little padding for runs where I haven’t actually been to the top and I think I’ve probably done quarter of a million metres of climbing on this hill. These are the mountains Ally is training for, not the ones he’s talking about right now. Photo: Pierre Lucianaz

The size of that number is due in large part to my habit of doing what I was doing on that soggy day a few weeks ago; running lap after lap after lap. It’s been a staple of my ultra training diet for the last few years. I did 10 laps with a 10 kilo bag while training for Euforia in 2017.

On the massage table 2 days later is felt like my hip flexors had been replaced with balls of barbed wire. The following February I set my personal best, 13 times up and down in the snow in the build-up to Barkley, a 5,000m day, starting and ending in the dark.

The why is straightforward; it’s a very efficient way of accumlating climbing. I run from Glenmore to the summit, a little over 400m. Then down to Ryvoan bothy where I turn around and run back up, a little under 400m. No farting around on the flatter trails near the bottom.

It might seem perverse with the Cairngorms proper only a stones throw away. But magical mystical mountains though they are, inspiration for a thousand knock-off Nan Shepherds, the Cairngorms are mellow, rounded hills. You’d have to work your arse off if you wanted to average 600m per hour out there. On Meall a’ Bhuachaille, those sorts of numbers come easy. Training for a race like the Tor, they’re numbers that matter.

The rhythm of 30 minutes up, 15 minute down also makes it much easier to eat a lot. Bar at the bottom, gel at the top, drinks and sweets in between. Eating by the watch, but without the watch. A hundred grams of carbs to go with the 600m. Training for a race like Tor, those numbers matter too.

I pace around a bit by the bothy. A few steps towards the low path back to Glenmore, a few back towards the hill. Present Ally wants a cup of tea. Future Ally wants strong hiking legs.

Present Ally thinks that in the grand scheme of things there’s no real difference between 5 laps and 6. What’s 400m in an entire training block? Future Ally thinks the difference is mostly symbolic, but that doesn’t mean it isn’t important. All hill reps are made easier by the attention of a good hound.

More than once people on Strava have commented on the mental toughness that must be required to slog up and down the same hill all day. I’ve never found that to be true.

Whether that says something about the hill, that its varied, technical nature keeps you engaged, or about me, that I just don’t have much going on between the ears, is something I don’t want to think about too hard. But I’ve never got bored. Tired, yes. Fed up, yes. But not bored.

Meall a’ Bhuachaille is a popular hill. Accessible, achievable, picturesque, it’s rare that I have it to myself. And therefore inevitable that I will run past the same people over and over and over again. Some find it funny, some are incredulous, others appear to think that I’m deliberately undermining their efforts. A few manage to maintain a steady level of indifference. I like them the most.

Not that I’m in any position to complain about lack of variety, but I hear the same comments over and over. We’ve just seen your brother was almost funny the first time I heard it.

There’s a similarly predictable range of questions, from completely misunderstanding (Why?) to relatively insightful (How many are you doing?). Those who are really clued up will add on How many metres is that?

Some less experienced walkers, perhaps a little out of their depth, decide that I am clearly an authority. How far is it to the top?, Which way is it to Glenmore? and once, at the summit on a beautiful clear day, Excuse me mate. . .how do we get down? Some of the sights Ally will be getting next week. Maybe not this man’s bum in particular, but the rocks. Photo: Stefano Jeantet

Off to the big hills

It will take me about 4 days to run Tor des Geants. Or I hope it will. Ninety six hours in the mountains with no bad weather. It seems unlikely.

I turn around with a sigh, one hand hauling my poles from their quiver, the other ferreting through my race vest pockets for any remaining food. It is my forty second ascent in 6 weeks of Tor training. One per day. I like that.