A local race for local people 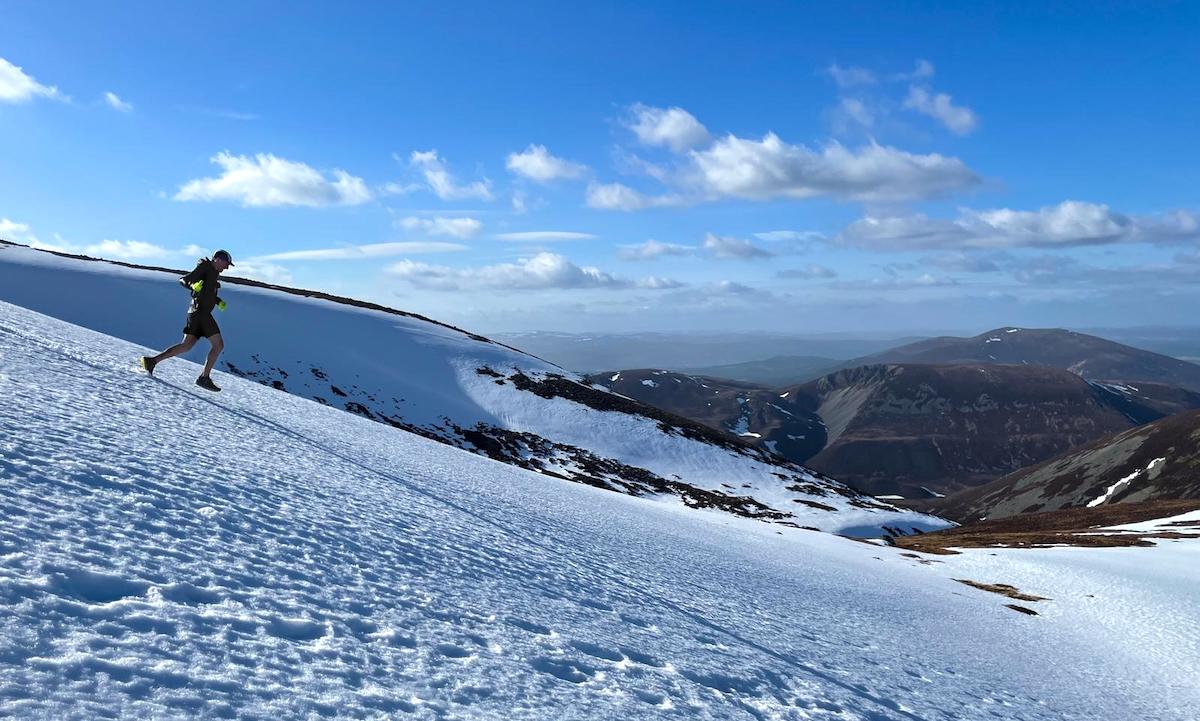 In his latest Fast10 blog, Broken author Ally Beaven talks about a return to racing, in a very Scottish highland, but frankly lovely sounding event.

Russell McKechnie, Highland Hill Runners OG and El Presidente, drags his heel through the dust of a quarry access road somewhere not too far north of the Cromarty Firth.

“Right, this is the start line. It’s also the finish. That’s the first hill you can see through the trees. After that, descend to the bealach, climb Beinn Tharsuinn and get back here however you like.”

He’s addressing a sparse crowd of about a dozen runners, almost all of them wearing their Highland Hill Runners vests. Which feels a bit unneccesary, seeing as the race is for club members only.

Closed doors notwithstanding, there is a sense of occasion. The start/finish is in an anonymous lay-by on the B9176 to Bonar Bridge, the hill itself a rouded heathery lump, of interest to only the most bloody-minded of baggers. But it’s a race and I haven’t done one of those in 16 months.

“It’s a sunny day so there’ll be no problems with navigation,” says Russell. “You’ve already passed the biggest test anyway. There’s four Beinn Tharsuinn’s in Scotland and you’ve come to the right one. Ok then. . .go.”

From the start there are four of us at the front. Me, Jack, Dan and Andrew, running more or less side by side across the track with Rua, Jack’s shorthaired pointer, scooting around our legs. No-one’s going particularly hard. In fact, after so long without racing, it definitely feels like we’re a little unsure what the etiquette is.

The first few kilometres are chatty. We all get our excuses in. Everyone mentions the heat. Jack tells an anecdote about the time Rua’s fear of cattlegrids cost him the win at the winter version of this race. The Dan starts to press on and I make the calculated decision to let him go. (i.e. I can’t keep up.)

We’ve been instructed to take the path that passes just to the right of the quarry. The quarry which, to everyone’s surprise, is working on a Saturday.

Four different runners take four different lines, each one’s route choice determined by a combination of their assessment of the fastest looking terrain and their fear of being blown up or worse, shouted at, by the quarry staff.

The heather deepens. We stop kidding ourselves and start to walk. I’m half focussed on the battle with my fellow runners, half on the battle between liberally applied factor 30 and my rapidly increasing sweat rate.

The hunter and the hunted

Andrew is chasing Dan, I’m chasing Andrew, Jack is chasing me. Rua is somewhere in between, the frequency of her appearances a useful weather vane for the gap behind. Nothing much changes, the gaps expanding and contracting as the course undulates but overall staying more or less the same, apart from behind where Jack has started to drop away; by the time we reach the top of Beinn Tharsuinn Rua is all but absent.

The descent back to the quarry is heathery and pathless, aside from a faint, occasional trod that might be man-made but could equally have been created by sheep. Me and Andrew have the advantage of following, smoothing out the kinks in Dan’s lines and gaining a handful of metres.

Where they keep right, I break off left, picturing the map and calculating that this would save precious metres of distance and climbing. My track record with route choice gambles is, putting it lightly, mixed. With my competitors out of site I sail elegantly over the peat hags; I’m a genius and I’m going to win. My leg disappears down a hidden hole and I fall on my face; I’m a moron and I’m losing minutes.

My breathing is getting ragged as I clamber out of a burn and Dan and Andrew come back into view. My gamble has made. . .bugger all difference.

Back on the track for the run to the finish, I feel well out of my element. In the hot sun, trying to run 3 minutes whatever per kilometre and pull back the two in front who are tantalisingly close. Andrew is a little more well done than I am, making no attempt to up the pace as I ooze raspily by, but Dan is infuriatingly constant. Twenty two seconds over 70 minutes sounds kinda close, but it wasn’t.

We stagger to a halt back in the roadside dustbowl, exchanging well dones and hand, fist and elbow bumps of varying degrees of covid safety, before staggering off to write our times on the clipboard that Russell has left under his car.

Milling around afterwards, I realise that just as much as the physical anguish, I’ve missed the social aspect of racing. Sitting in the river, talking inconsequential bollocks with other runners and enjoying the warmth of the sun, both of which you were cursing just fifteen minutes earlier.

If you enjoyed this article and want to hear about a whole summer of record breaking runs then we highly recommend Ally’s book Broken.

Hill running can be fun
Into the mountains, with Morgan a favourite