Armagh 5km from the eyes of a mountain runner 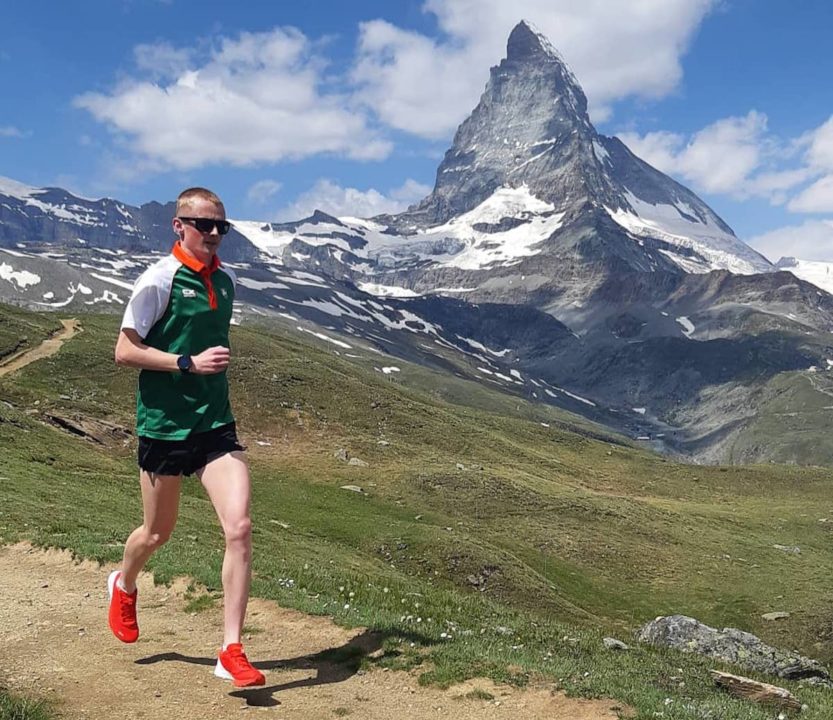 In his first Fast10 blog of the year Zak Hanna reflects on a step outside of the comfort zone on the tarmac loops of Armagh 5k.

As a mountain runner I am happiest when I am out on the mountains ascending a steep, twisty uphill or having fun on a technical descent jumping over rocks, rivers and bogs. That feeling is second to none and compared to running on the road or track it knocks them both out of the park in terms of enjoyment.

The Armagh 5km has been tipped as one of the fastest 5km road races about, with athletes from all over Europe descending on the Northern Irish town to race around the circuit know as the Mall.
The circuit itself is flat and runs around the outside of a cricket ground, measuring approximately one kilometre in length for a lap.

To enter the race you need to have registered a sub-16 5km to get on the start sheet. I was lucky enough to get in back in 2018 for the first time; running a 15:30 which at the time was my personal best.

Every year I get asked the same question; ‘what brings a mountain runner to Armagh? It’s too flat!’

I know for sure that I am not the first mountain runner to have raced around the Mall in the past. The past few years I have always bumped into friends who I normally see on the top of a mountain 2000m altitude.

Some of the world’s best mountain runners both past and present have run some blistering 5km times; multiple World Mountain Running Champion Jonathan Wyatt boasts a track PB of 13:35.

I love to race and even though I hate racing on the road, Armagh is a race I make an exception to mainly because some of my training group are entered and also because I want to better my time from last year.

Out of place in the trail shoes, but comfortable

On the start line of this year’s race it was incredible to see how many runners where kitted out in the latest Nike 4%/Next Percent shoes; whereas I’m wearing a pair of my favourite Salomon Sense 6 trail shoes. Weighing 220g they are one of the lightest pair of shoes I own; plus they have that added bit of grip that could come in handy should the weather turn damp.

It unfazes me that I’m one of the small few not wearing them. We are all here to race and we all share the same goal which is to run as quick a time as possible.

I would write about the race itself but I honestly can’t remember too much apart from a pile up on the line once the gun went off! I did have a few glimmers of thought in my head wishing that I was racing in the Alps or the Dolomites, with mountains for miles and breathtaking views!

Crossing the line with a new PB of 14:55 was exactly what I came for and to break the 15 minute barrier was a positive sign of progress since last year’s race. I done one specific 5k session on the track a week before but apart from that my training has been about threshold runs, hill work and building a stronger base ahead of a long season of racing on the cards; but my strength from running in the hills does help a lot when it comes to anything involving speed; I’m not built with fast twitch muscles so anything fast is always going to hurt.

Not the only mountain runner with serious leg speed

As I mentioned earlier many of the world’s top mountain runners have fast 5km PBs and I have heard many times from my coach Richard Rodgers that running fast on the flat can translate into faster running when racing in the mountains; hence why I do train on the track during the winter and jump into Armagh in search of speed for my legs.

Living on the side of a mountain means most of my easy runs are done in the hills but the track has worked wonders for me in my opinion.

Armagh is over for another year and with this year’s winner setting a time of 13:42 and almost 140 runners running sub 15 minutes, the strength and depth of the race keeps getting better and it is great to see such a high quality event taking place in Northern Ireland. I can only dream at this point of running anywhere near that time!

With the Northern Ireland Senior XC Championships in Coleraine [Zak and his club were very successful, winning the team prize at the XC Champs helped by his 7th position overall] and a week long warm weather training camp in Gran Canaria to look forward to in March, work will continue towards the first mountain race of the year in May. No more road racing for another 365 dats and I am glad of it!

Now take me to the mountains!