Lessons from my marathon debut 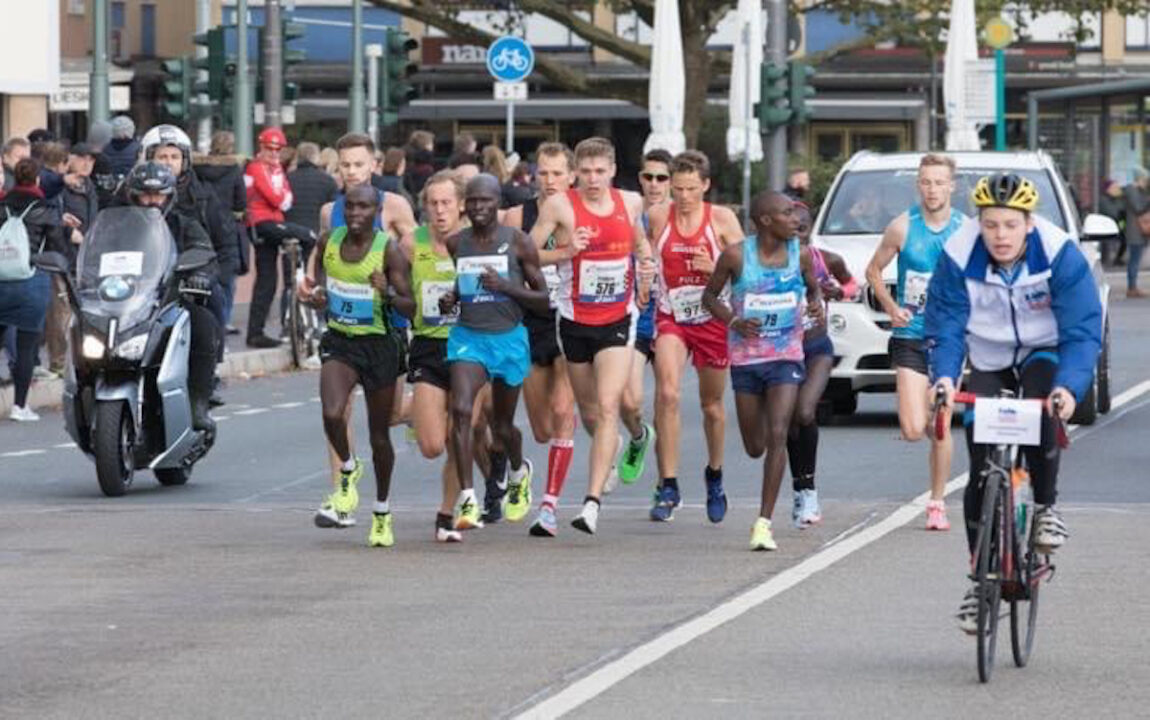 Fast10 athlete Ollie Lockley reflects on his first marathon, Frankfurt in 2018, and the learning he drew from the experience

In the summer of 2017 I graduated from the University of Missouri and returned back home to the Isle of Man. I didn’t have much of a formulated plan for when I returned home, but one thing I was sure on was that I wanted to continue running. Most of my peers state-side either threw in the towel on their athletic dreams or simply trained and competed for the fun of it.

After returning home, I carried on with the 2017 season and tried to maintain the momentum that I had in my final semester in the U.S. 2017 turned out to be a very turbulent year full of highs, lows, and mediocre performances, and it was at some point throughout the season when I made the decision to target a marathon at the end of the year.

The main reason for stepping up to the marathon so soon was to try and qualify for the 2018 Gold Coast Commonwealth Games (CWG). The qualification time for the Isle of Man was 2:21:00 which I thought was definitely doable at the time. I believe the 10,000m qualifying standard was around 28:50, and having only ran 29:24, I thought that was going to be a tall order – so I decided on the marathon.

In an ideal world it would have been nice to be in a position where I could be considered for the 5000m/10,000m but I simply didn’t run fast enough when the time mattered.

In my mind I have always fancied myself as a bit of a mileage junkie, suited more to the half and full marathon distance. My Mum was an accomplished GB marathon runner having raced to a PB of 2:36.06 at the 1984 London Marathon in which she finished 8th. I have always looked up to both my parents so having their input into my decision felt like a natural thing to do.

At the time I was 23-years-old which in marathon terms is still very young, however I felt like 2:21 was still well within my reach and I wanted to give it a shot. I was toying with a few potential marathons but the one I settled on was the Frankfurt Marathon.

All in the prep

If there is one thing you need to do well in the build up to a marathon, it’s being prepared. It might sound obvious but running 26.2 miles as hard as you can without the consistent work will catch anyone out.

In the build up to Frankfurt, I definitely put in the work and I put together some good marathon sessions, however I think it was just too much to soon, and I struggled to stay consistent. Some sessions would go well and others wouldn’t, and I would cut back the mileage on my long runs due to feeling fatigued.

Training for a marathon is no easy feat, and cutting back on mileage to try and salvage some quality was probably not helping my strength which I would need come the end of a marathon. Fast forward a few months and I was to see what I could do in Frankfurt, with the help of my Mum and girlfriend, Erika, for moral support.

Once we landed in Frankfurt, we made our way to the hotel which was situated about 800m away from the start line – so it was ideal! We dumped our bags off in the rooms and made our way to the marathon expo to pick up my number and suss out the plan of action for the next day.

Having the slight luxury of being a “sub-elite athlete” was that I was able to hand my pre-made drinks over to one of the race officials, where they would position them out on tables every 5km. However trying to locate where to leave my drinks presented itself as a serious challenge. What should have taken 10 minutes, took about two hours, with minimal help around.

The next challenge was trying to find a suitable place to eat. In hindsight we should have done our research and booked a table in advance, but we thought this wouldn’t be an issue.

Much like the drink debacle, trying to find a restaurant that didn’t just sell Frankfurters or Schnitzel as well as somewhere not being fully booked proved to be nigh on impossible.

Eventually we found an Italian restaurant in a shopping centre, which had to do. Due to the amount of people there for the marathon the next day, they had pretty much ran out of everything on the menu – so I had to settle for a measly bowl of pasta. My goal for the race was to run around 2:20 pace. I warmed up with fellow Island Games athlete and GB Olympian Lee Merrian, who was also targeting sub-2:21 to represent Guernsey at the CWG. He told me that Vivian Cheruiyot was being paced to run 2:20 so this was the perfect opportunity to sit in and try to click off the miles.

After settling into a comfortable pace early on with Vivian and her onslaught of pacemakers, before I knew it we were reaching the first drinks station at 5km. As I approached the drinks station all I could see was about 100 water bottles on one table, all with personalised ribbon and tape plastered all over them. I could not find my drink for the life of me, even when I stopped. This remained consistent throughout the race, so I resorted to water and the odd Lucozade.

As we approached 30km I still felt fantastic and full of running, so myself and Lee decided to break away from the group. All I remember after that was getting to 36km and starting to feel like I couldn’t hold the pace.

Within the space of about 90 seconds I went from running 5:15/mi pace to about 7:15/mi pace, and got slower from there. My body was simply running out of fuel and I knew then that my chances of going to the CWG were gone.

In the last two miles it felt like I was walking with runners steaming past me. I finished in a time of 2:25:28, losing five and half minutes in the last 4 miles – ouch! I was extremely disappointed and annoyed about my performance and not qualifying for the CWG, especially as this could have been prevented from my less than ideal build up, pre-race meal, and having issues with my drinks.

This race taught me to respect the marathon and to never under estimate the difficulty of getting the event right. This includes having a consistent build up and making sure that I’m well fuelled before and during the race.

On a positive note it showed me the areas which needed work and having waited a few years to tackle the distance again, I’m looking forward to giving it another crack – especially now that I’m better equipped.

Controlling The Controllables
The “More-on” approach